Today was ANZAC Day. On this holiday the Australians and the Kiwis remember the servicemen which lost their lives in the battle of Gallipoli in Turkey in the first world war. Early in the morning there is a parade in Sydney with the Australian army. I preferred to sleep a bit longer and to do something after lunch. Together with Konrad and Dominik I went to Manly. To get there we took the ferry connecting this quarter with the city center. First the path led us along the coast to Shelly Beach. Then we went uphill to a former army camp and after to the Sydney Harbour National Park. On this cliff path we had sometimes view to the sea. At North Head we could watch the sea and the other parts of the city on the other side of the Fjord. Back we took a more direct way. Back in Manly Dominik and Konrad went t-shirt shopping in the souvenir shops. As it got already dark at 6pm, we could see the lights of the Harbour Bridge and the Opera House on the way back to the center. It is fascinating that there are that many areas of green around the center of Sydney. 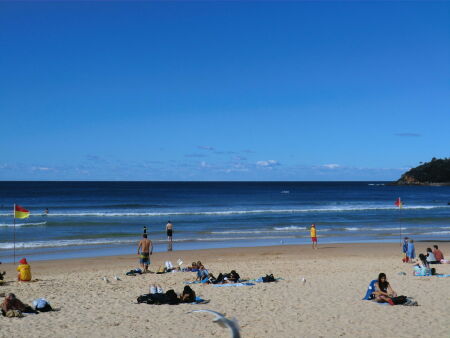 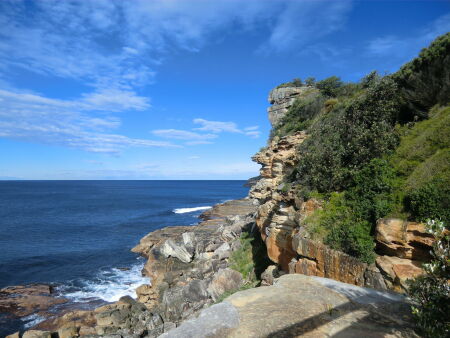 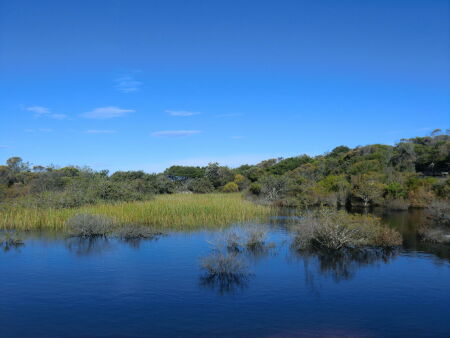 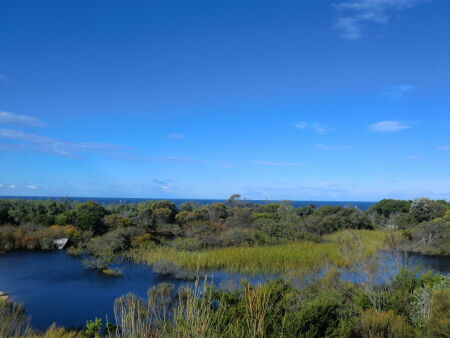 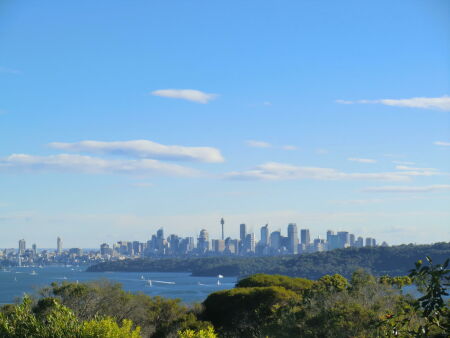 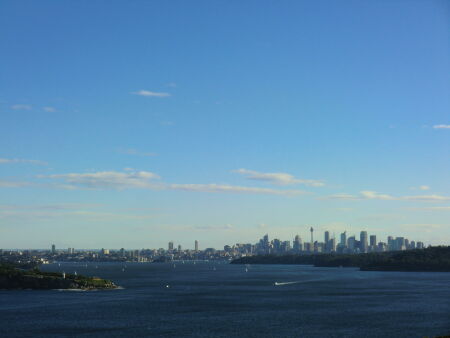 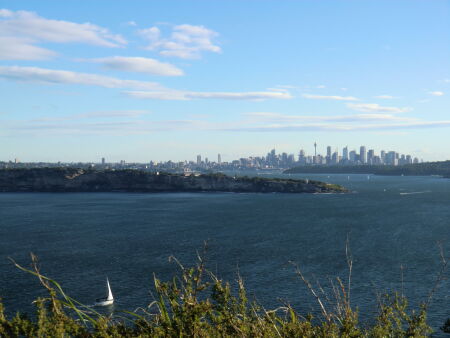 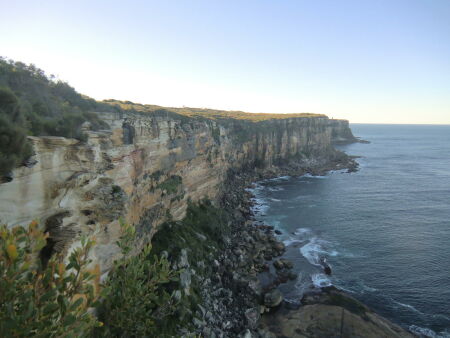