We got up early in the morning as our body is still used to Australian time. First we went up the stairs do ride down the Mid-Levels Escalators. They are the biggest system of roofed outdoor escalators. These many connected escalators connect the Western District with the Central District. In the morning the escalators go down, in the afternoon the go up. So it is easier for the people to go to work or back home after work. The Mid-Levels Escalators are about 800 m long and pass a height of 135 m. Walking up beside them made us sweat as it was already in the morning hot and humid. With the escalators we went down to the ferry terminal. Here we bought a tourist bus ticket and drove with it through the city. We left at Man Mo Temple and had a look at it. After we did not wait for the bus, but went back to the ferry terminal by walking. Here we took another bus which went to Aberdeen. In the harbour of Aberdeen we made a Sampan boat trip. In Aberdeen harbour there are still about 600 house boats beside all official effort to bring these people onto the shore. On our tour we saw a lot of crab fishing boats as it is forbidden to fish in June and July. The harbour is surrounded by skyscrapers and it may happen that there is a hole in such a house. That way the dragon living on the mountain can look through them. Back at the center we took the ferry to Kowloon on the mainland. Here we walked along the seafront walk and enjoyed the view to Hong Kong. With the same ticket we could also do a sightseeing tour here. After we strolled the Ladys Market and watched the many stands on the street. Our next destination was the Tin Hau Temple. Unfortunately it was already closed. Here should also be the Temple Street Night Market. The street was still mostly empty when we entered a small restaurant to have dinner. After the left again, the market stands were ready and were waiting for customers. In the Night Market all sorts of things can be bought. Directly next to the temple many fortuneteller had their stands. Passing the market we walked back to the ferry terminal. As 8pm was already passed, we only saw the last few beats of the Symphony of Lights. This is according the Guiness book of recommended the worlds biggest regular light and sound show. The lights of 44 skyscrapers of Hong Kong and Kowloon highlight the harbour. 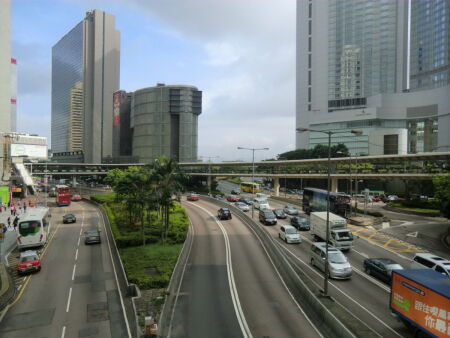 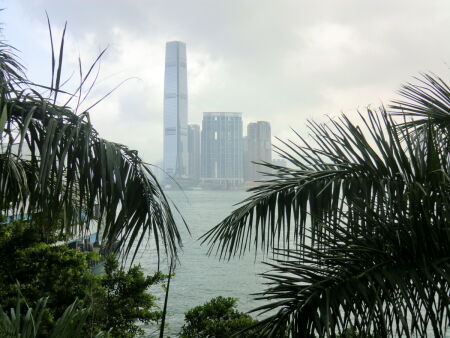 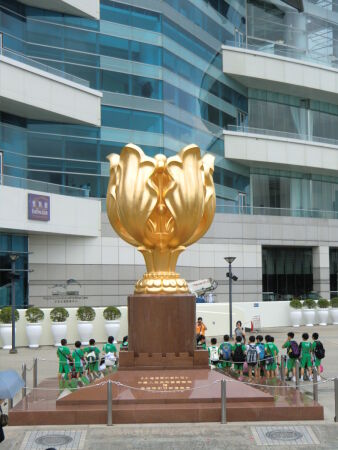 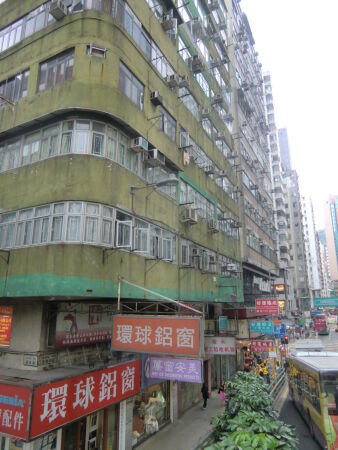 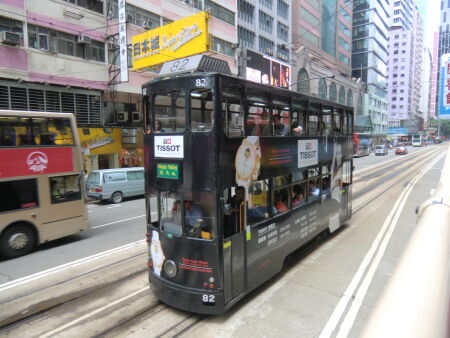 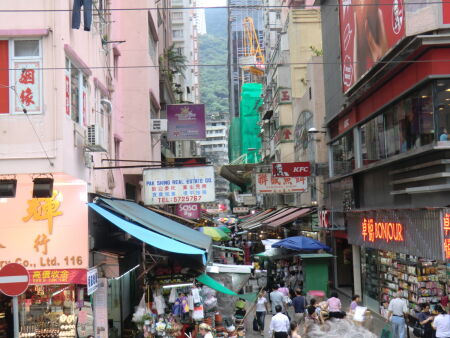 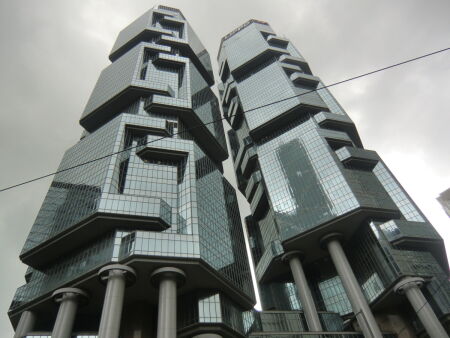 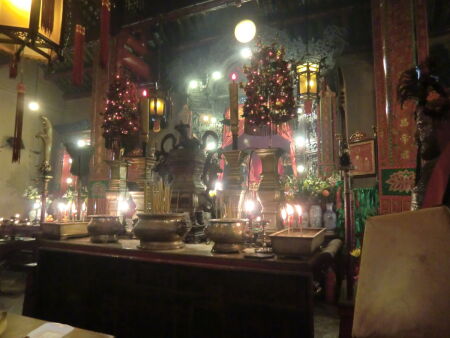 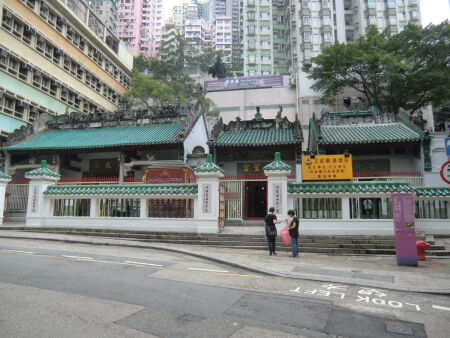 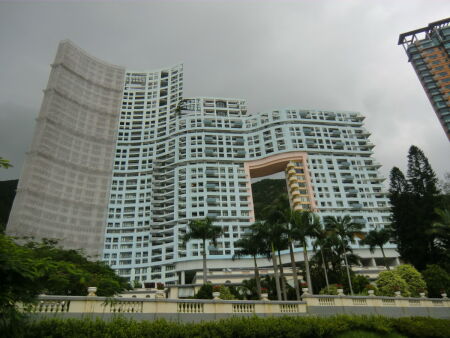 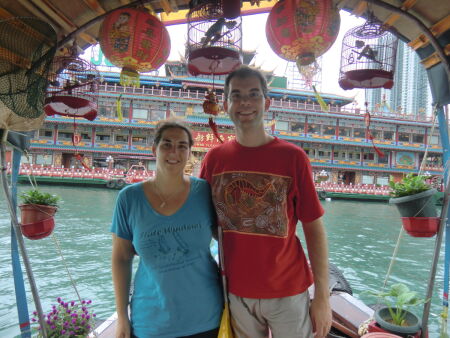 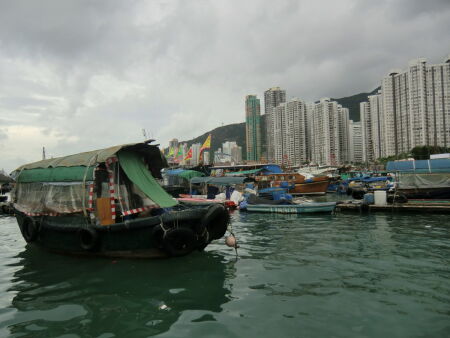 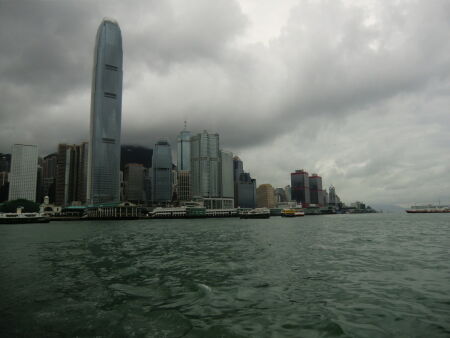 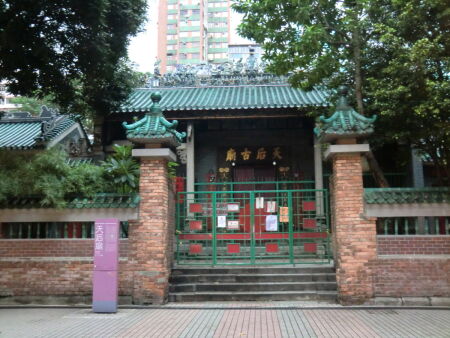 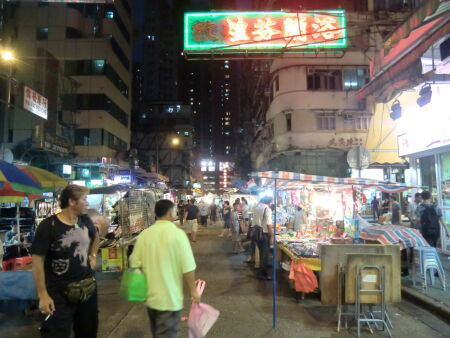 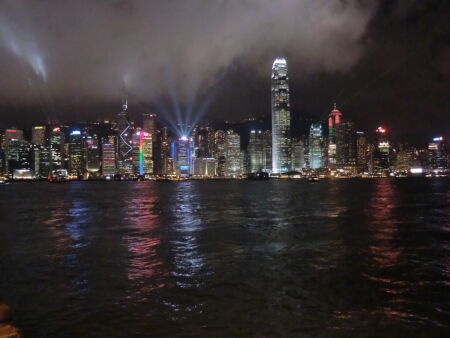