In the room beside us it was sometimes quite load because of the Football Euro Championship and I could only sleep badly. After a lazy start into the day we went to get our camper van. The kind lady from the rental office talked to us in a mix of high German and Swiss German. We learnt that she is from former Yugoslavia and lived for a long time in Zurich. She made a perfect handover and we got a nearly new camper with only 11'000 km. Next we bought food for the next few days. After we had everything packed we started. On the Stuart Highway we drove towards Kakadu National Park. In the Wetland region we made a short stop and visited the visitor center. We enjoyed the view into the wide country. It was already late afternoon as we reached Kakadu National Park and thus we went directly to the first camping site. From there we wanted to make a short hike. We asked at reception if the path is open. Unfortunately there is still to much water and so it could have salties there. So are the saltwater crocodiles, the biggest crocodile species, commonly called by the Australians. So we spend the rest of the day studying the brochures of the region. I met a slightly shocked Dutch when I went to the toilet in the late evening. She just met a frog in the toilet. Nothing new for me as on the west coast I had seen some frogs in the restrooms. When being in the nature you may see some animals you usually do not see. 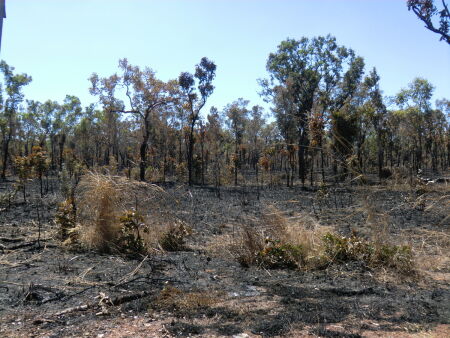 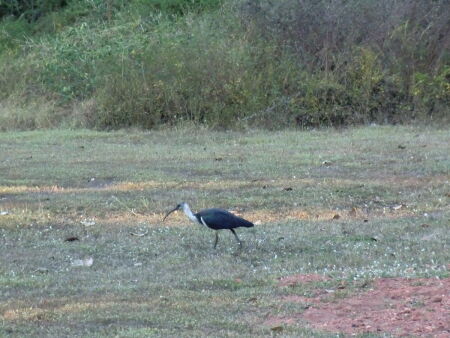 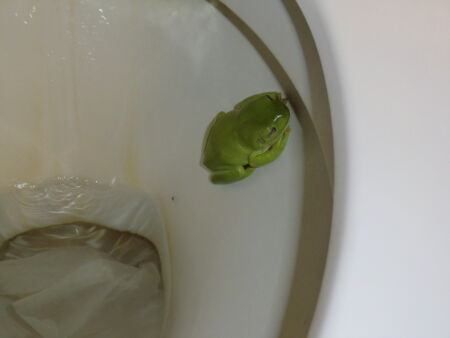