After taking breakfast together we departed for Fremantle. The locals call Fremantle Freo. The train brought us in 30 minutes to the destination. We left the luggage in a backpacker which until lately has been a youth hostel. A short look made me clear that it is not the cleanest house. But it will be OK for two nights it. Freo has many old houses from the Victorian time. We walked through the town without destination and looked around. We went to the old prison and had a look at the exhibition. We did not want to make a tour today. In the late afternoon we went along the shore to the harbour. On the harbour entrance there is a light house on each side. We observed two tugboats leaving the harbour and Dominik thought that they would accompany a ship in to the harbour. We continued walking as this would probably not be that soon. Later we we could see how a war ship was tugged into the harbour. Freo has a big container harbour. It got fresher and fresher as the the sun slowly was about to set and we were glad about long clothes. At the shore promenade we enjoyed fish and chips and the evening atmosphere. 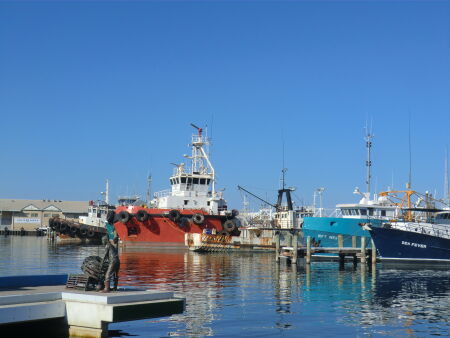 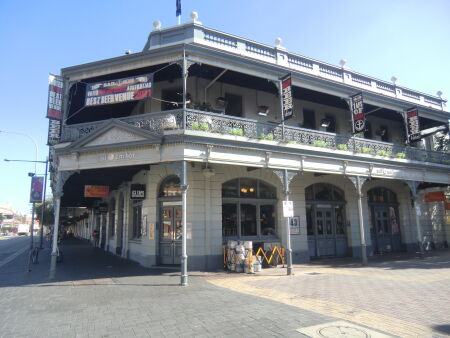 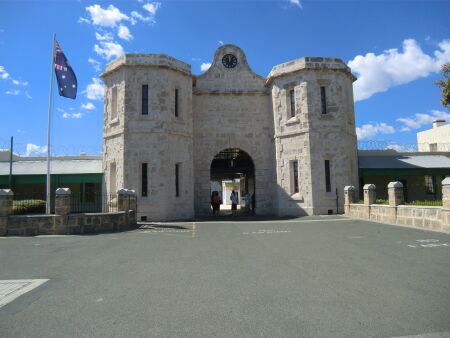 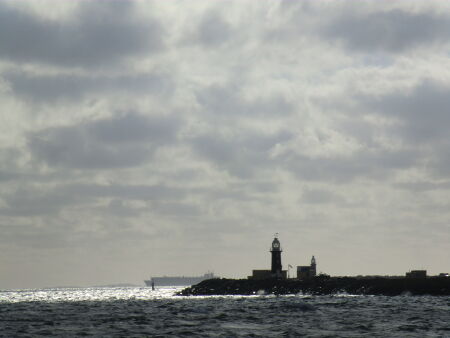 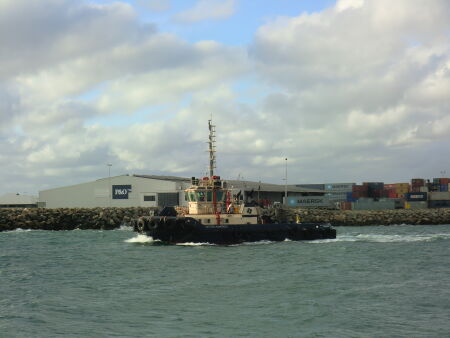 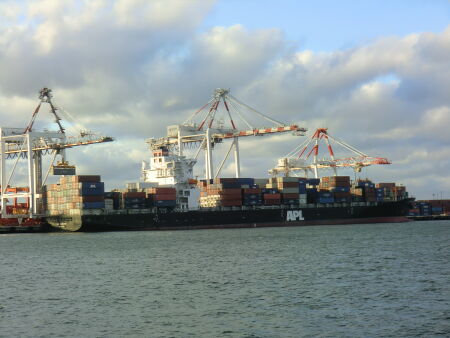 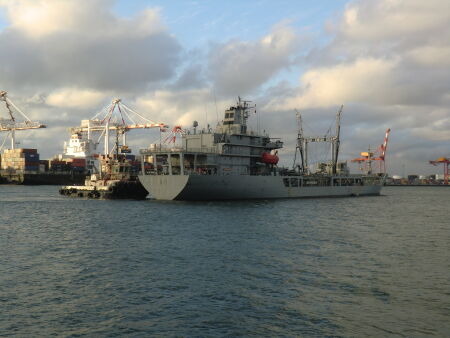 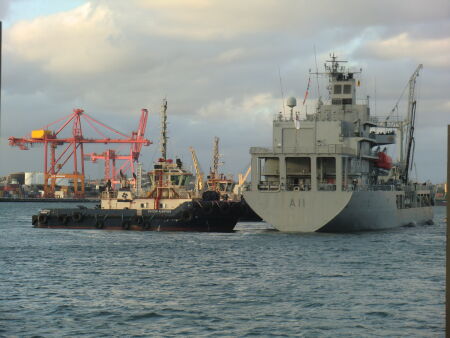 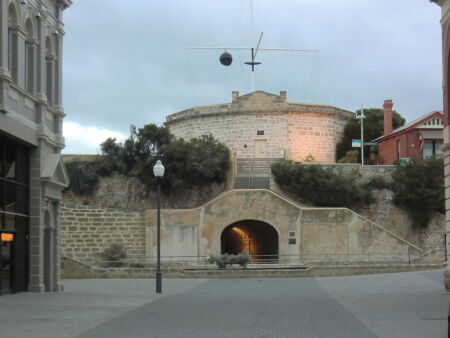 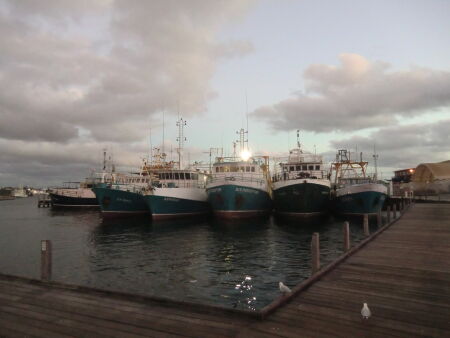 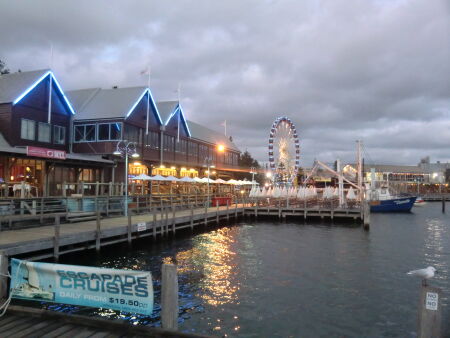