After a night with little sleep, it was loud and could, we went northwards. First we drove a bit back as I had seen a road sign pointing to stromatoliths (living rocks). A sand road leads to Lake Theatis and the stromatoliths and we raised a lot of dust. A short path and boardwalk lead to the stomatoliths. We saw those rocks formed by micro organisms partially in the water and partially on the land. When we arrived a cormorant flew away. We hoped he would return as he would be nice on a photo. How should it be, after a while the bird came back. Our trip led with short photo stops to Jurie Bay. Here we granted our feet a cool bath in the sea. At time there is often a warm wind which makes the temperature more bearable, but we do not feel then how strong the sun is burning. On the way I stopped shortly to take pictures of trees which were partially burned from the last bush fire. When leaving the car I hit a wall of heat. We decided to drive to Geraldton As it was already late afternoon. At the tourist information we realized that the roof of the car was not completely closed. A closer look revealed that a clamp was missing. With the help of a ladder we saw that the moveable strut was bent and thus the roof could not anymore be closed completely. Many bird voices accompanied us on this carpark. In the trees we saw many white parrots. After we went directly to the camping to stay there overnight. The owner gave us the hint to immediately call Apollo and to explain the problem. Sandra called as her English is better. They explained us that it is too late to send someone to have a look. The office would contact us tomorrow. With a fine dinner and Australian wine we finished this evening. 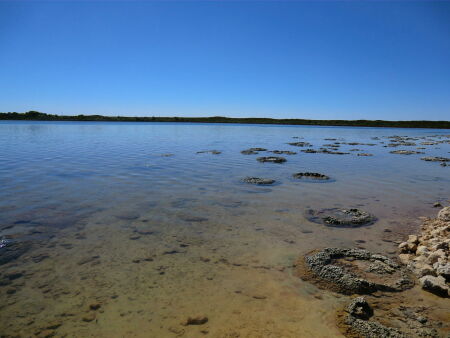 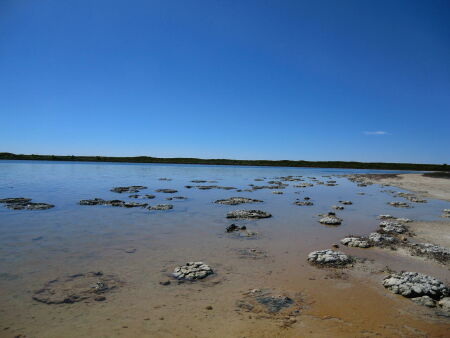 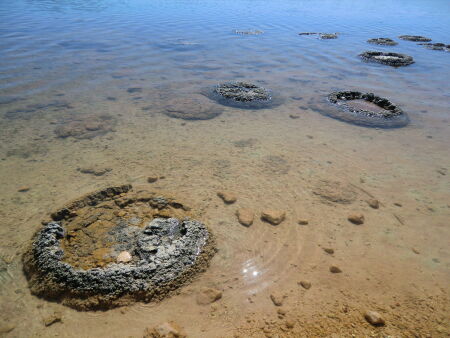 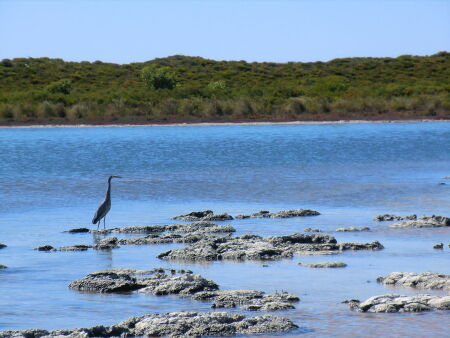 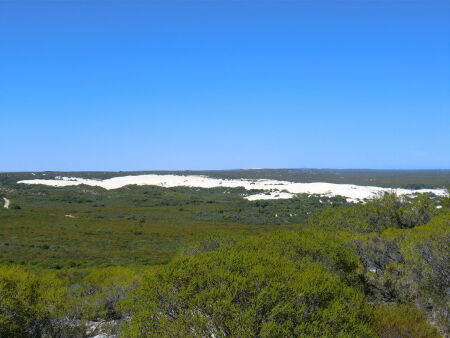 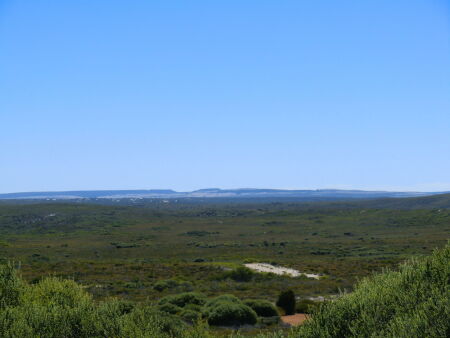 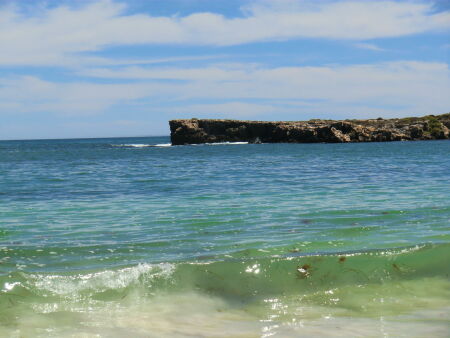 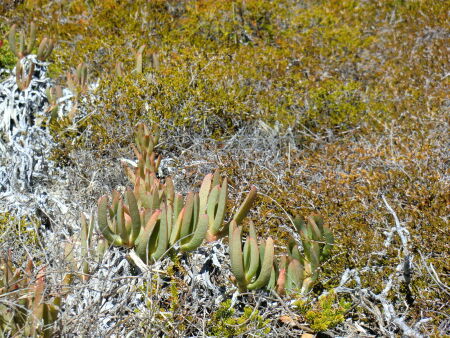 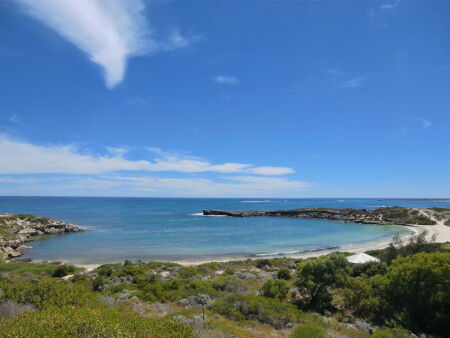 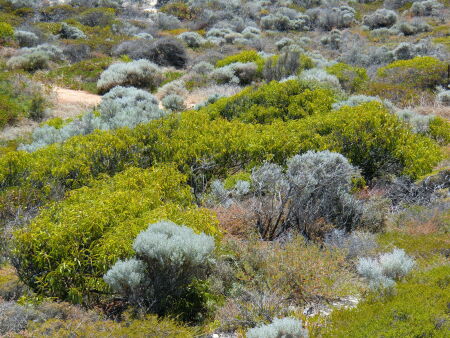 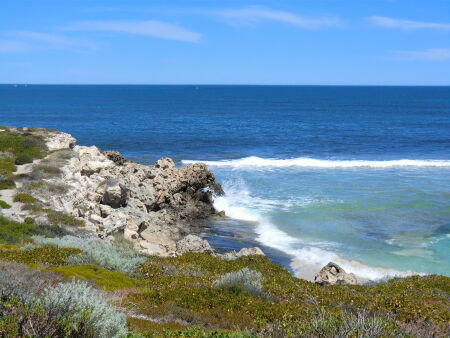 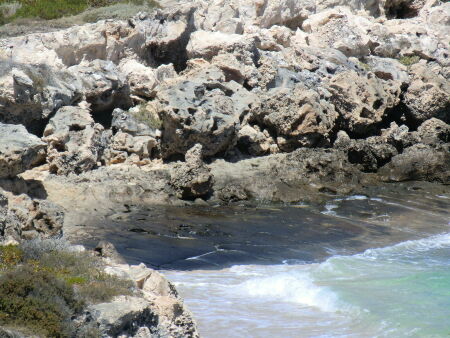 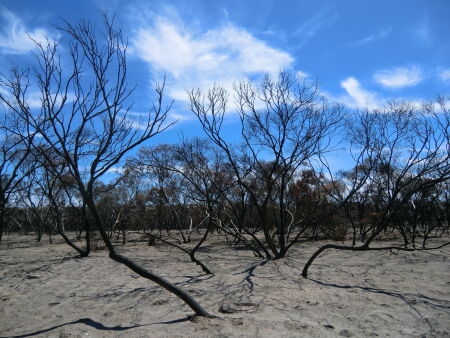 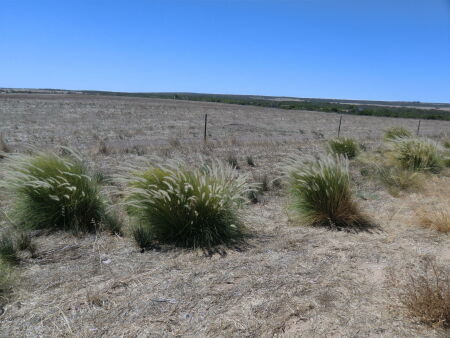 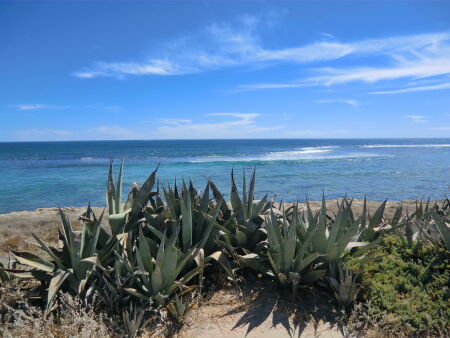 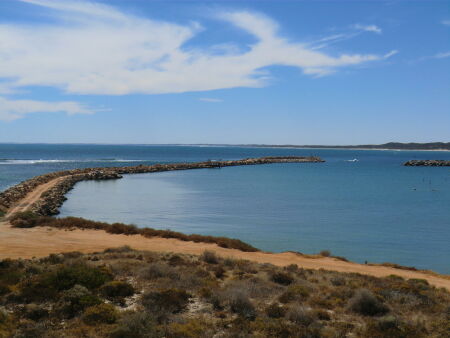