I was walking for 30 minutes with my big backpack on my back and a smaller one in my front. The destination was the car hire company where I had hired a car. The fist thing I did was start up my navigation system to find a way out of the City. At the time I had no idea where I should go and so I drove in the direction of Armandale. Used to the green countryside in Tasmania I saw here only dryness and red soil. Till I arrived Amandal I found nowhere to stop. My fist thing in Amandale was shopping and after I drove to the tourist information. I asked what I could see here and the lady gave me some information. I droved to Churchman Brook Dam because the lady in the office had told me it would be nice there. I walked there and ate my lunch. After that I droved without a destination and at last I drove back to Armandale. I was walking in the garden and spent some time reading. I also looked at the ducks in the pond, the ibises and the white and pink parrots. There were many parrots in the garden and it was funny to observe them playing together. At 5.30 p.m. I started to drive because at 11.00 p.m. Konrad was arriving here and we were staying close to the airport. I had to get used to early sunsets in the west. In exchange I could look at the stars. 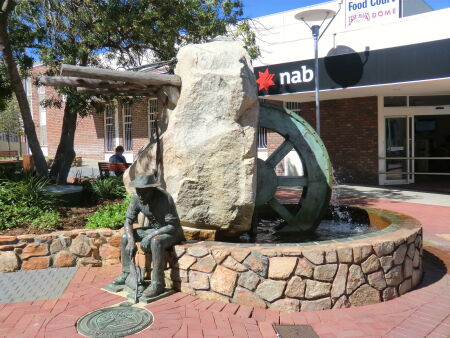 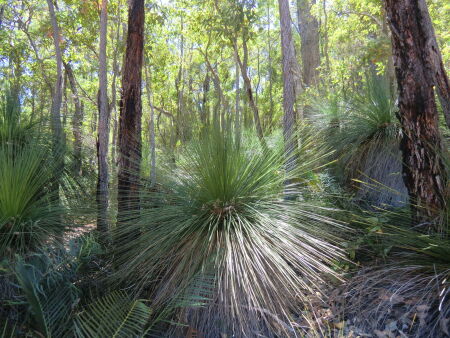 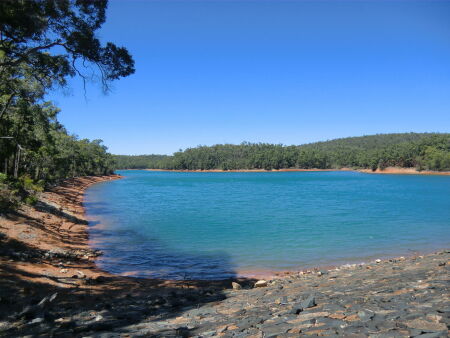 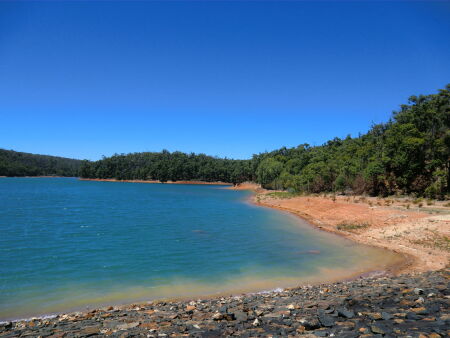 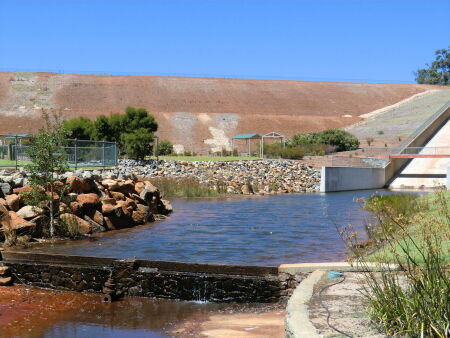 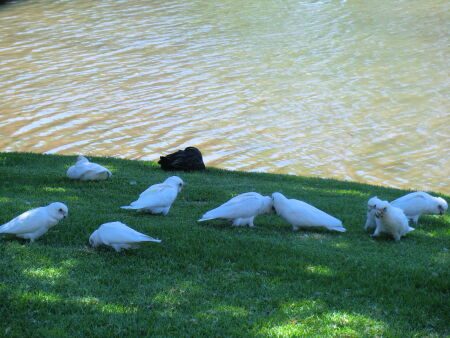 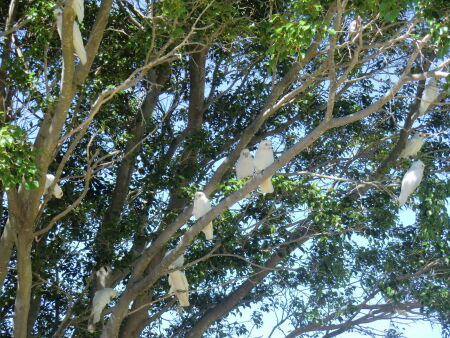 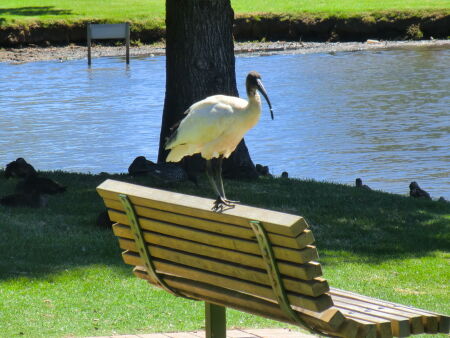 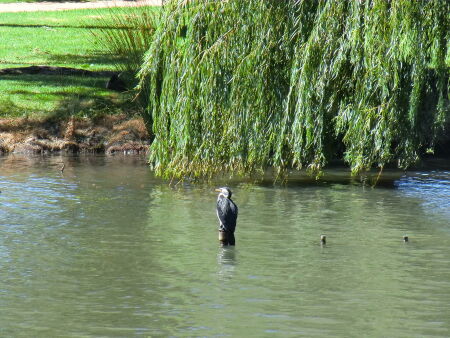 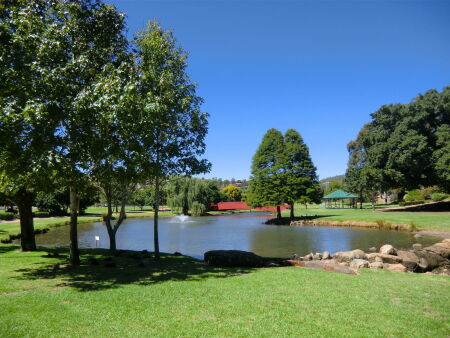 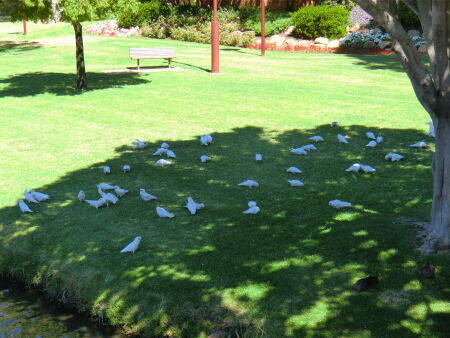 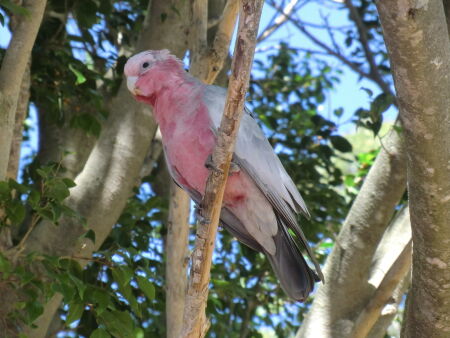 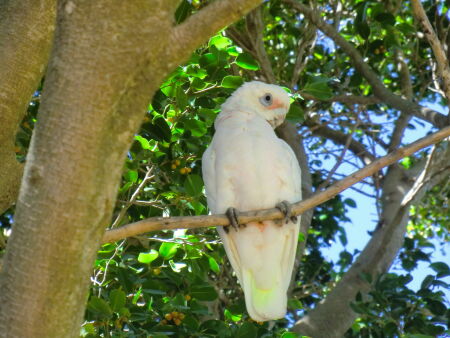 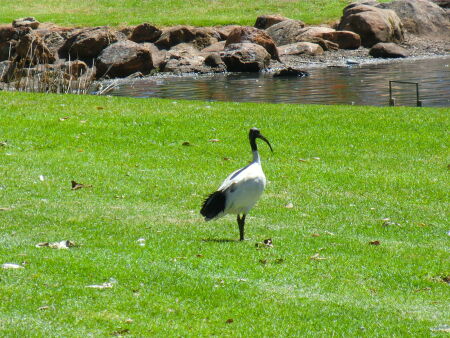 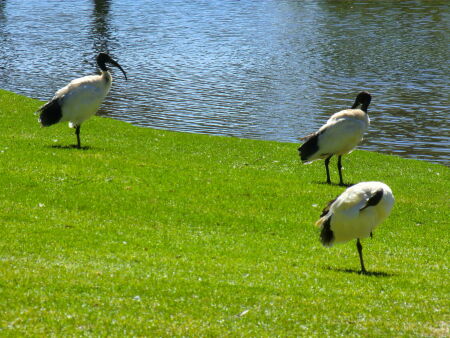 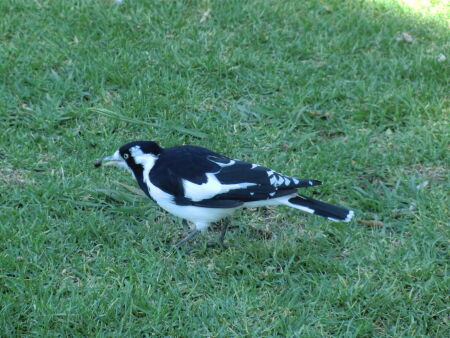