We had all day for the about two hours drive we spend the whole day. As we had time we made some stops in between.

After leaving Mission Beach we went to Etty Bay. On the way there were again warning signs because of the cassowaries, but as it was already shortly before 10 o'clock I did not think we would see another one today. Suddenly there were two small campers standing at the side of the road and a few people standing around. So there must be something to see. In the bush there was a southern cassowary and as the people moved away it came out and walked along the road. Kiara was with me and I made sure she went back to the car and closed the door. The cassowary appeared rather friendly, but it is still the most dangerous bird of the world. He walked on the other side of the car up and down. So far I did not get that close to a cassowary. Again it was impressive to see this animal.

Then we continued to the beach. For us it was one of the most beautiful beaches on our trip. There were also swings hanging from the trees. The kids then played in the sand and I walked along shore. There I saw a small crab running around. Before driving on the kids went also to play for a moment on the playground next to the beach. After we started, just after the first curve a car driver on the opposite lane pointed us to a juvenile cassowary on the side of the road.

Our next stop was at the Josephine waterfall. First we had lunch and could observe two small pigs looking for food. But stop, there are no wild pigs in Australia. But some escaped ones. Before we went hiking we also could observe how a brush turkey stole a banana from an unwary tour guide. The track to the falls was tarred and easy to walk. The waterfall goes over several level and at the prolonged end there is a natural slide.

After we went to the Babinda Boulders. Also there is a tarred track. Here the water worked beautifully through the rocks.

Now we went definitively to Cairns. We stayed there another two nights to have all packed up and to fly home on Friday evening. 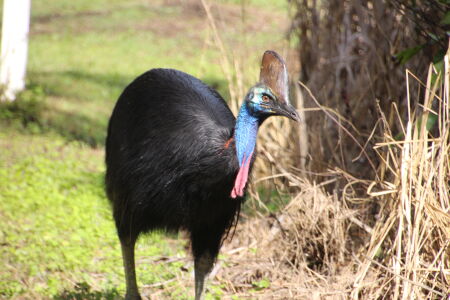 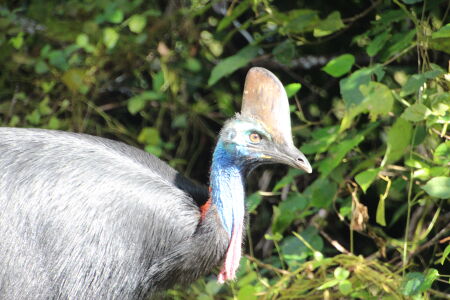 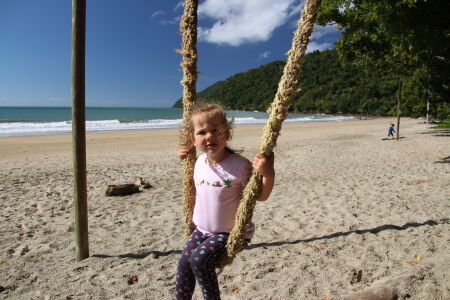 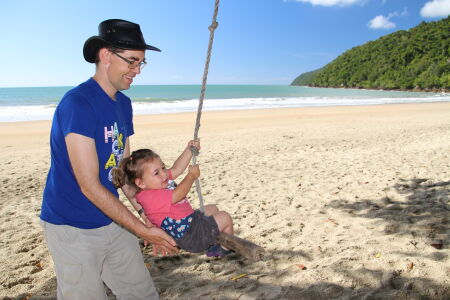 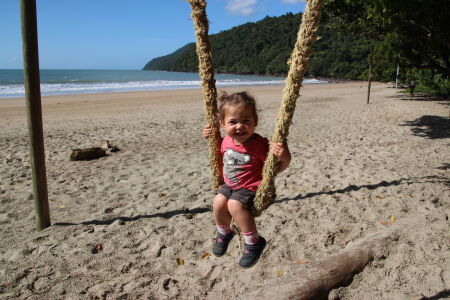 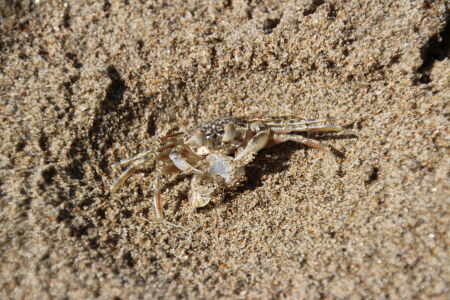 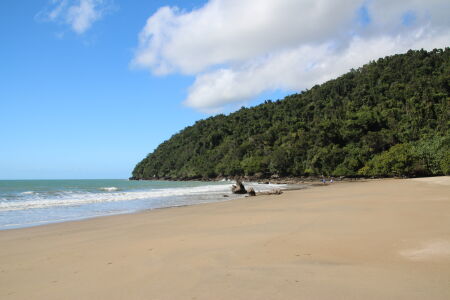 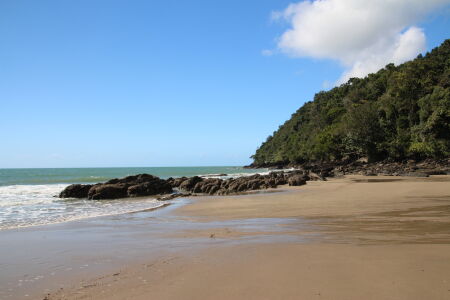 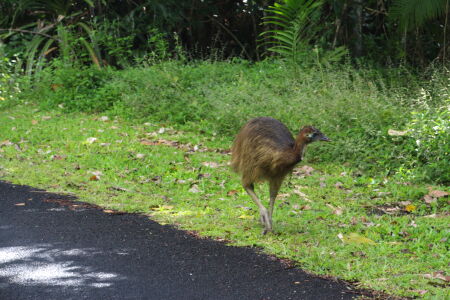 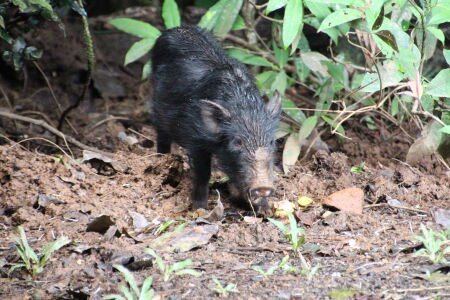 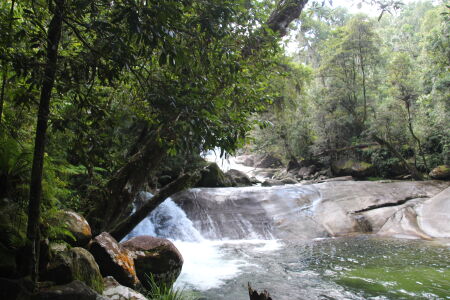 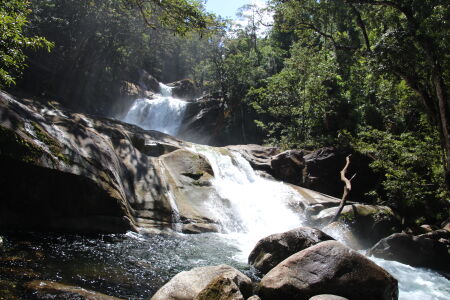 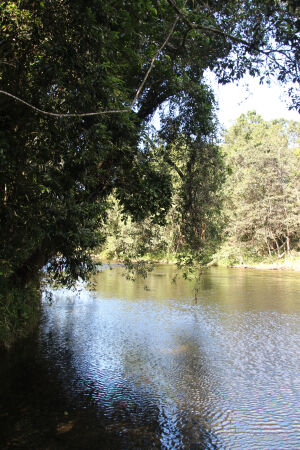 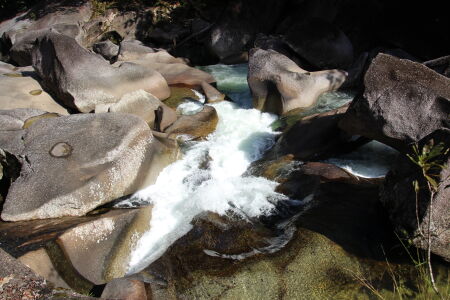 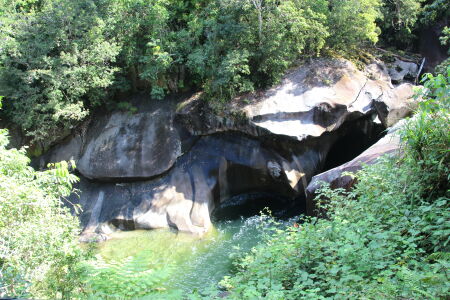 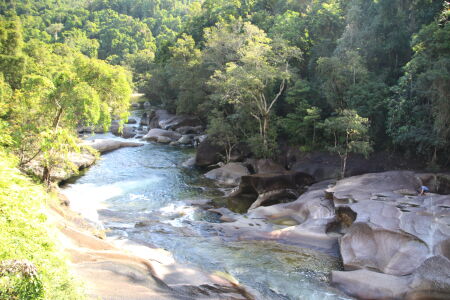 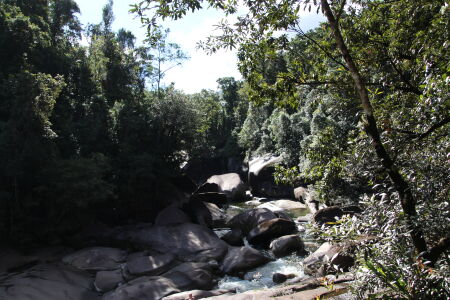 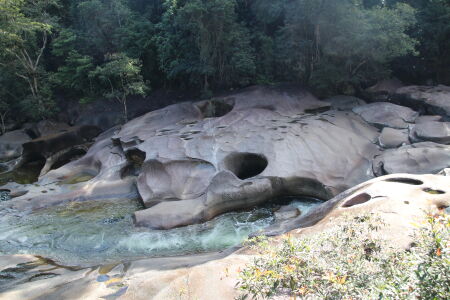