As child José Paronella liked to listen to stories about castles. His dream was to have an own castle.

When he heard that in Australia you can fast get a lot of money he decided to 1913 to leave his fiancee and Catalunya. He wanted to bring her too to Australia after he made sufficient money. He started as worker on the sugar cane harvest and finally traded sugar cane farms. So 13 years passed until he went back to Catalunya. As he did not write his fiancee in between, she was then already married. But she had a younger sister who then got married. Together they travelled Europe and settled over to Australia.

Here he fell in love in a piece of rainforest with a pleasant waterfall. He bought the land and build in the thirties more or less by himself a castle like entertainment park. The the centrepiece was a ballroom which was used for flashy parties, but also as cinema. He lived with his wife and two kids next door in a normal house. With an own hydro power plant he was the first to have electricity in the north of Queensland. It was only 30 years later when the area was finally electrified.

In the high time the park was in the top 5 tourist attractions of Australia. During World War II it was also popular with Australian and American soldiers stationed in the north of Australia. A castle in the middle of the rainforest!

After it went downwards. First there are sometimes strong flood which each caused a lot of damage. Then electricity and entertainment could also be had on other places without travelling far to a very remote place. His son died quite young and his daughter sold the estate. And as the ballroom burned down in 1979 it was over and out.

After 14 more years of decay there was someone who got enchanted by the park and made it accessible again. So we could visit it and a guide explained the ruins, the park and its history.

With view to the waterfall we celebrated in the afternoon the birthday of Kiara.

After the visit we continued to South Mission Beach where we stay for three more nights. 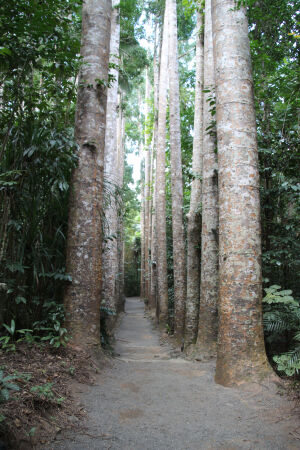 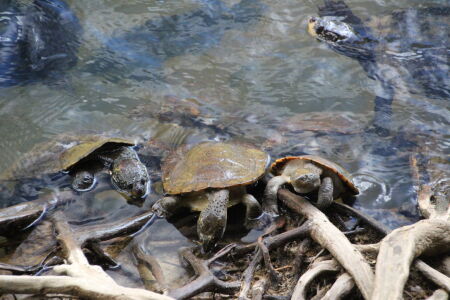 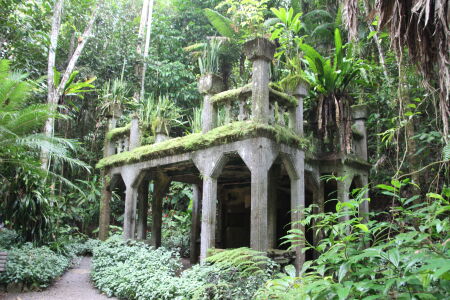 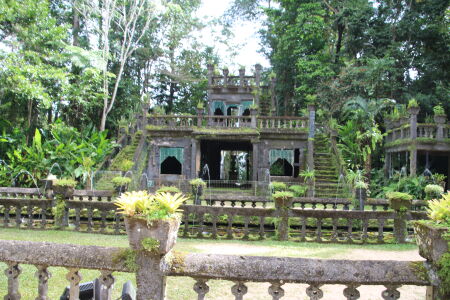 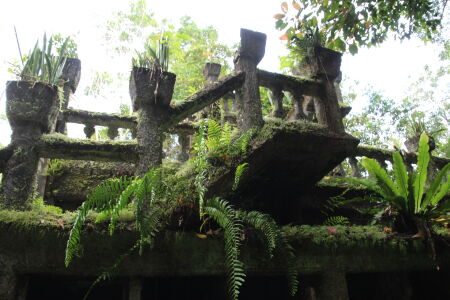 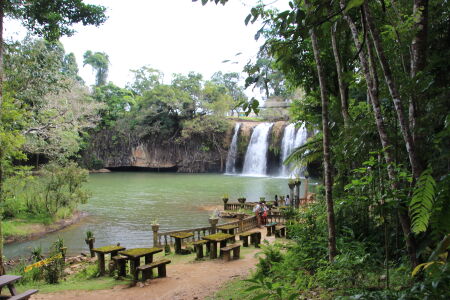 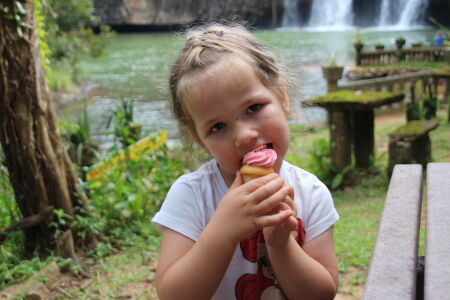 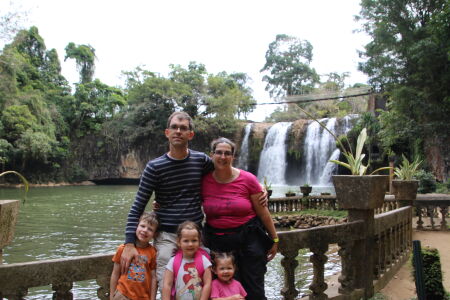 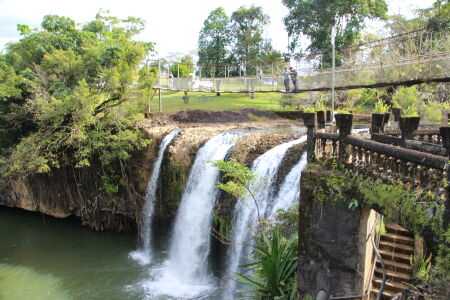 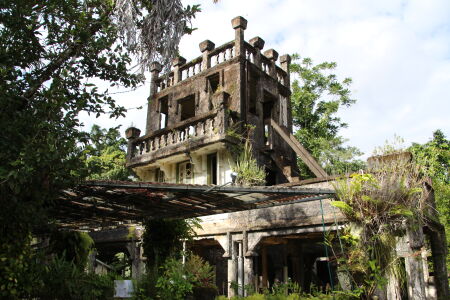