The next days we will spend in the highlands between Cairns an Innisfail, the Atherton Tableland.

On the drive from the Daintree National Park to here we stopped in Mareeba to have a late lunch after the kids woke up again. They appreciated that our picnic was next to a playground. As Mareeba is the biggest town up here, we went to shop to fill up our provisions. But we have to plan that well as we soon fly home.

Our holiday cottage was in the small town Yungaburra. We did not meet the hosts, but the cottage was prepared with much love. In the fridge was a bottle of milk, butter and jam, egg and bacon and also toast and muesli for the first breakfast. And for a homely first evening there was a bottle of wine put cool, but we left it there as we do not drink alcohol. And the kids very fast detected the board games.

On Thursday we drove after a big breakfast (yet without egg and bacon) to the Granite Gorge. Here live wild Mareeba Rock Wallabies. But actually they were only wild about our fodder. It is now possible to feed them as their numbers went down over the years. They immediately came hopping after we arrived on the rock with the fodder. We tried to teach to kids that they only need to sit and the animals will then come. It did not really work with squirrelly Jann. With Kiara that worked out better and Larina was glad when she could sit on Konrad's or my legs. After we hiked the small circuit over the rocks. A Swiss family pointed out that a few meters ahead is a mum with a baby in the belly which is sometimes looking out. When we passed the joey did not look out, but that is not a problem for us as we could see something similar already a few times. Since we are travelling around Cairns and there are the big summer holidays in Switzerland we hear more often Swiss German dialect. Still it is special when I realise someone is talking similar than I.

During the drive we saw many banana plantations, fields with maize and sugar cane. After lunch we drove to the Cathedral Fig Tree. The Strangler Fig once started to grow high up a tree and at some point its roots reached the ground. Later it entangled the tree so much that it dies. Now there is a huge tree with an estimated age of 500 years. It has a big crown, but no real trunk and is supported by many long roots.

After we drove back to the accommodation for tea. we had fresh local raspberries and custard, yummy!

Newly starched we went to the Gallo Dairyland. The founder of the farm sailed 1927 from Italy and stayed here. Now the farm is operated by his son and grand son. There is a small cheese factory and they create chocolate in all forms and colours. The cheese factory processes about 10% of the milk to different types of cheese like Tilsit or Gruyere and other hard cheeses. There were also some cheeses with different additions which we could try. So we then bought beside the known once one with macadamia nut. That is their only dessert cheese and it was definitively very sweet. They also do soft cheese and yoghurt. As we were there during milking time, we had a look into the barn. They daily milk 250 to 400 cows in a milking carousel. The Holstein cows give between 18 to 20 l milk a day. Beside the cows they also plant sugar cane which is quite usual here.

On the way home we stopped at the Curtain Fig Tree. That again is a huge and old Strangler Fig Tree. It got its name because the now gone host tree fell and leaned against the neighbouring trees. A big part of the roots go up angular and are supported by many slim vertical roots. And at the top is again a huge crown.

The last stop was at the platypus observation platform in Yungaburra. From the platform we could see a tortoise, but no platypus. We then walked along the creek and at some point were a few people with cameras. The kids knew that they have to be silent now, but that was rather difficult for Kiara. Konrad stayed a bit back with Kiara and Jann, Larina and I saw our first wild platypus swimming. A bit later Konrad and Kiara also joined us and she could stay silent. We continued a bit walking and could then see another platypus.

Back at home I cooked the dinner, today potato in the skin and cheese from Gallo Dairyland. 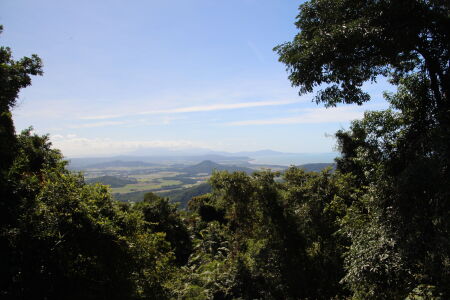 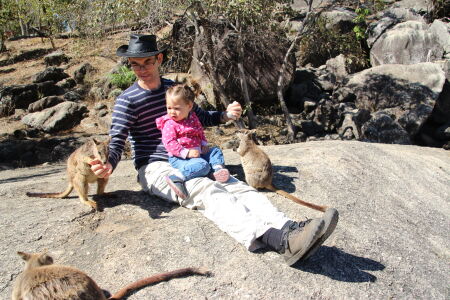 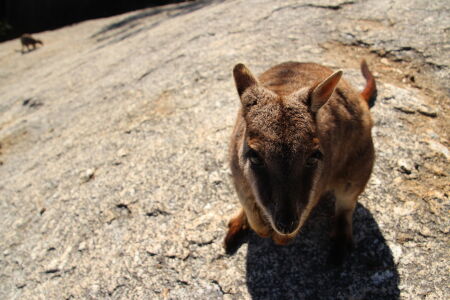 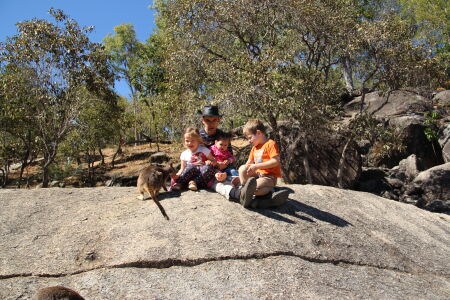 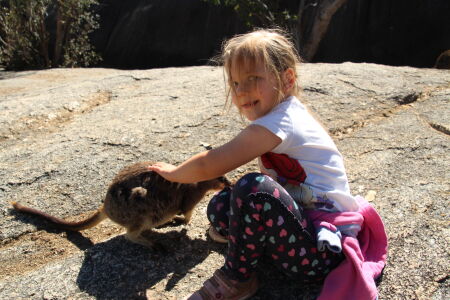 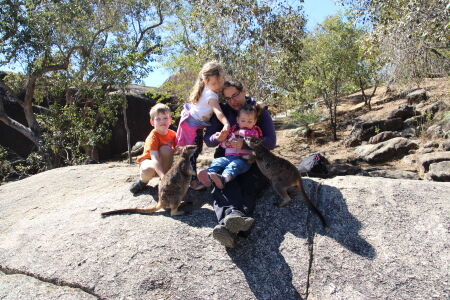 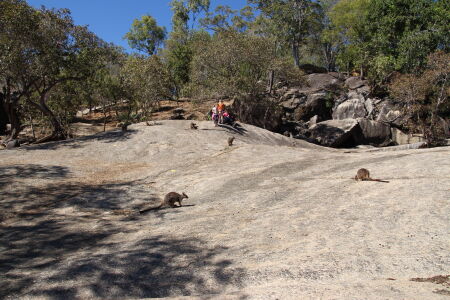 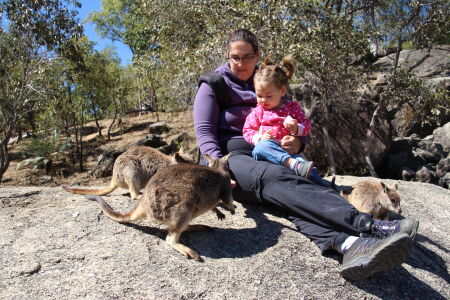 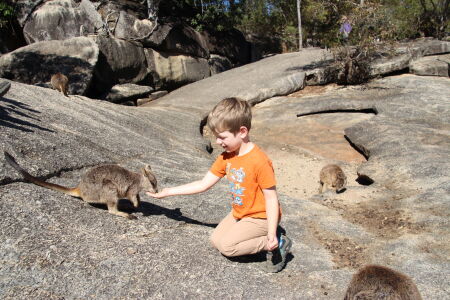 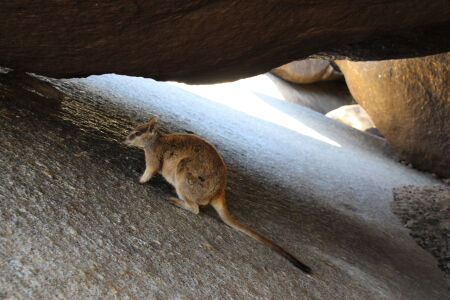 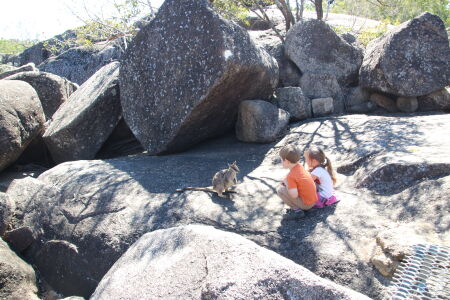 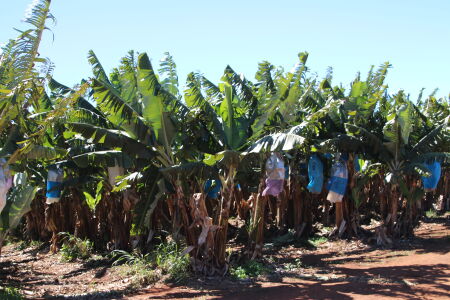 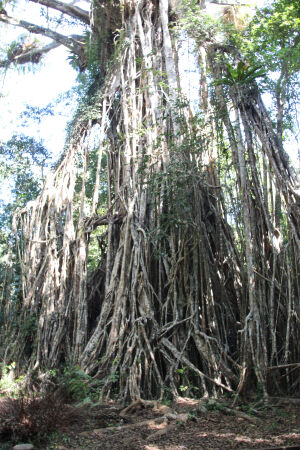 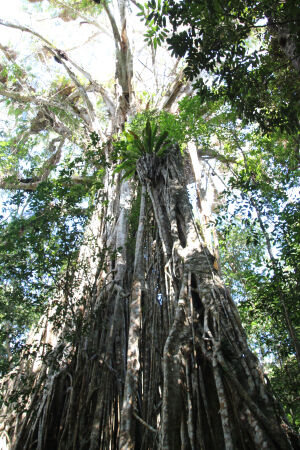 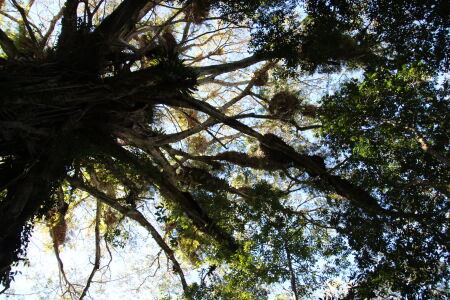 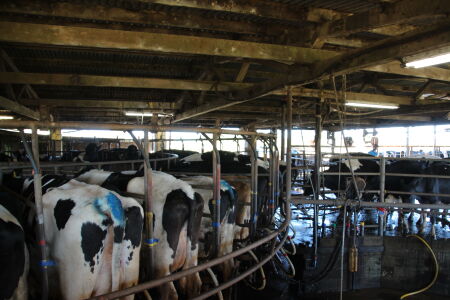 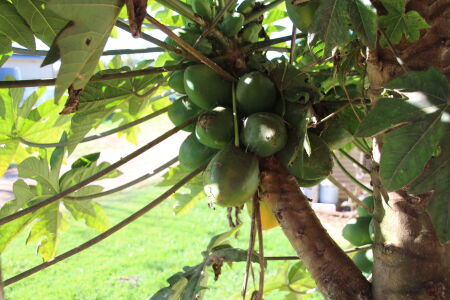 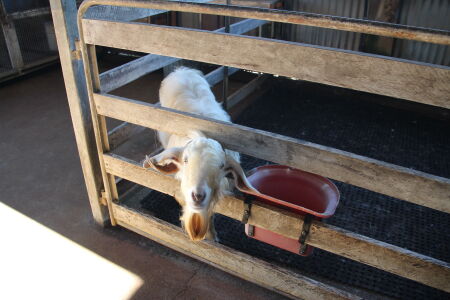 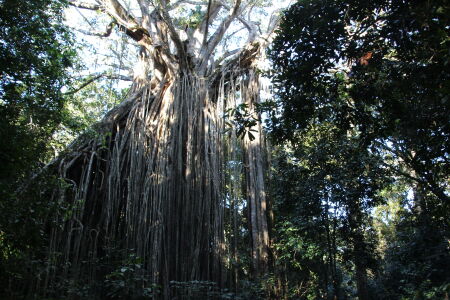 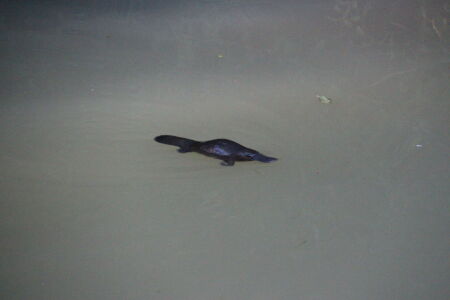