We arrived at the Australian east coast after 10 days in the centre of Australia and much red colour on our skin. For the first day in Cairns we did not plan much.

We stayed for two hours in the Esplanade Lagoon. That is a public and free open air swimming pool in the centre of Cairns just next to the sea. It is there because Cairns does not have a beach. Konrad first made a nap and children played in the sand next to the pool. At times they also went into the water. I had to hold Jann as he was not allowed to use his pool noodle. Larina needed about one and a half hours until she went into the water. She wanted to do it without water wings as she still could stand. But she swashed so much that she sometimes plunged. So she then too was fine to wear the water wings. At some point one child after the other started to shiver, so they had to get out of the swim suits. The afternoon was according to the taste of the kids. After bathing some red colour was only left in the hair and after a thorough shower it was also gone.

In the night it started to rain. Cool, we want to go to Kuranda. Kuranda is a small tourist spot in the rain forest. We went up by train. It made a stop at the Barron River Falls, so we could go out and admire it. Kindly it was raining stronger then.

In Kuranda itself we visited the Birdworld, a big aviary. Larina was sleeping on my back in the Ergobaby when we arrived. The lady on the pay desk recommended to put her to the front as the birds at times like to sit on backpacks. Larina surprisingly tolerated to sit in front. Four month ago that was impossible for her. I had to remove the earrings and the hats of the men had to stay outside. It rained stronger again so we were glad that there was a shelter to feed the birds. The children were not patient enough to hold the hand open sufficiently long. But at the end Konrad had a bird sitting on his hand.

It was already time for lunch. We walked a bit back as on the way we had got a piece of German sausage to try. We immediately knew that after three month without good sausages we will eat here. The kids wondered why they could understand the women serving here. We had to explain more than once that they are originally from Germany.

We went back with the gondola which goes down to Smithwood. We could exit at two points, once to see the waterfall from the other side and the other to walk a bit in the rain forest. From the valley station we had a bus bringing us back to Cairns. 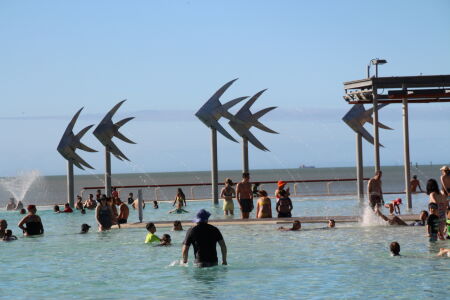 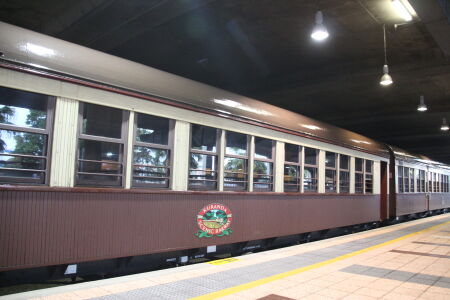 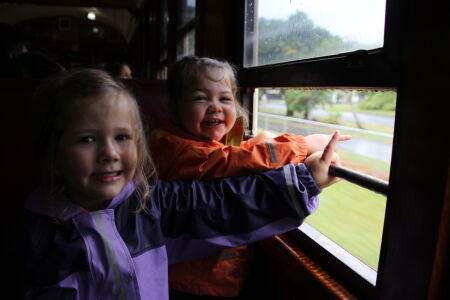 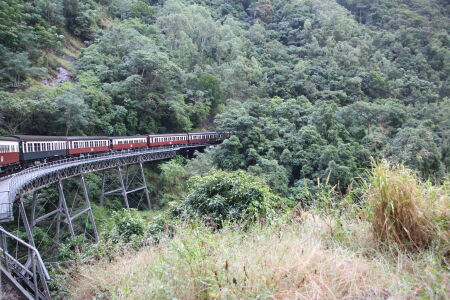 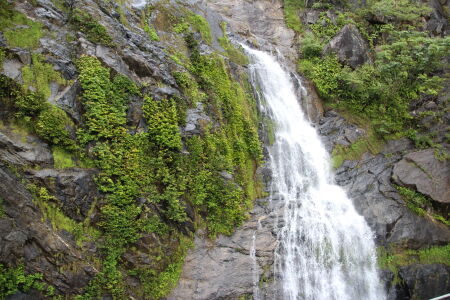 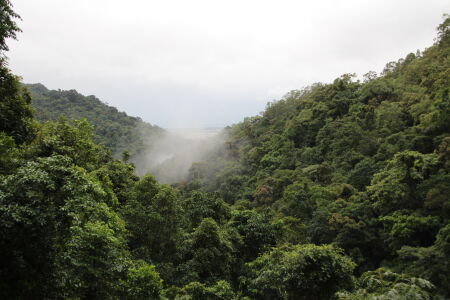 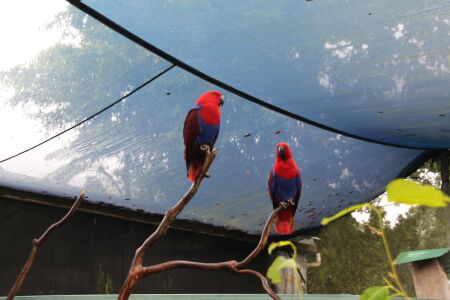 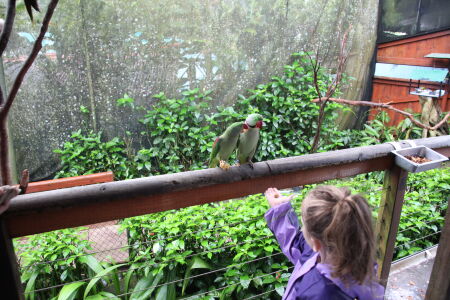 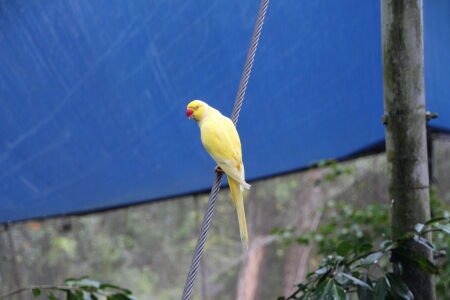 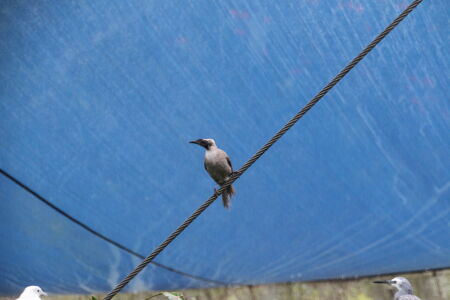 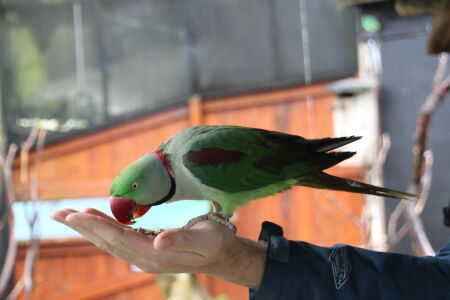 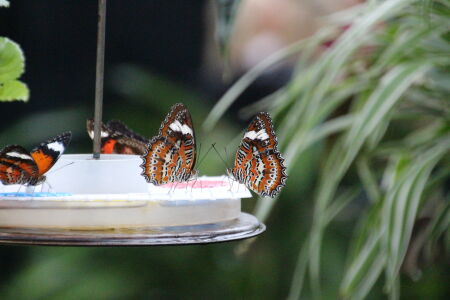 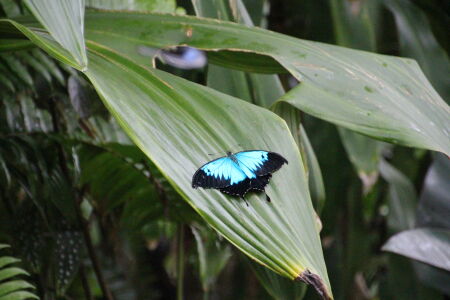 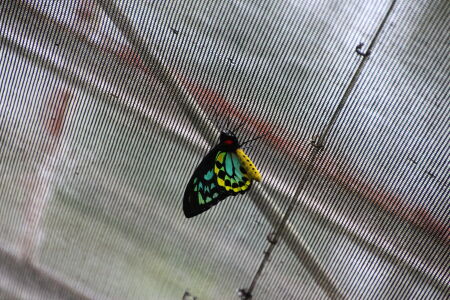 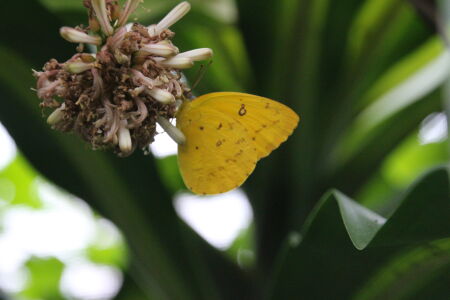 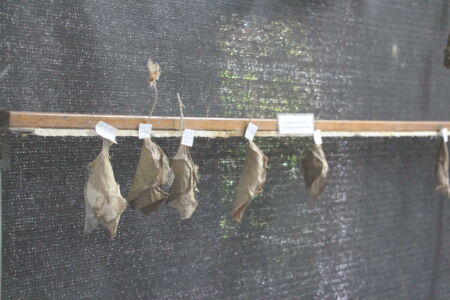 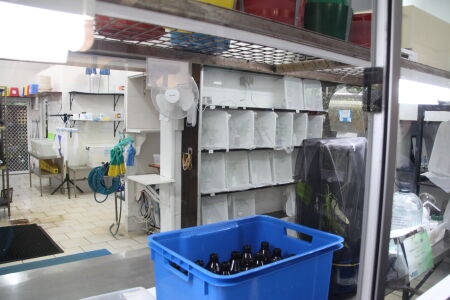 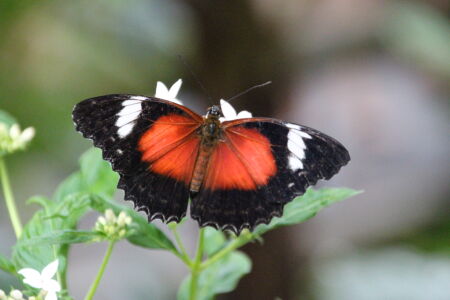 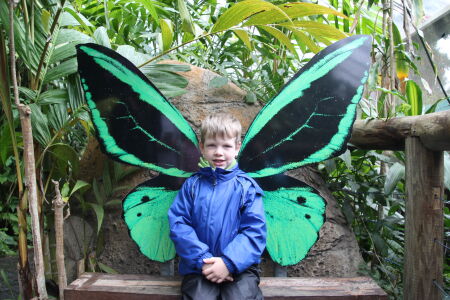 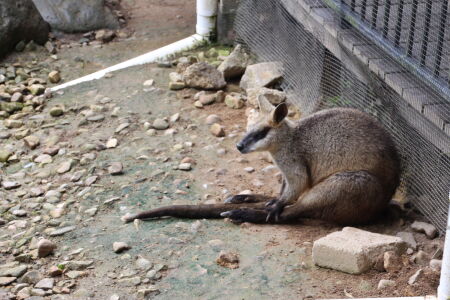 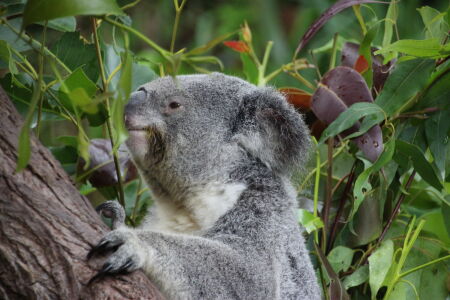 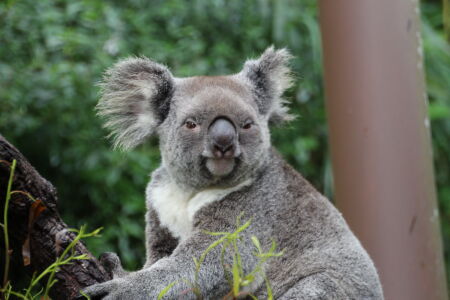 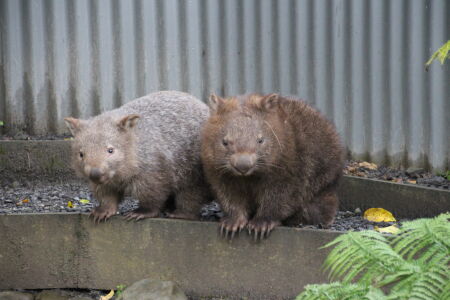 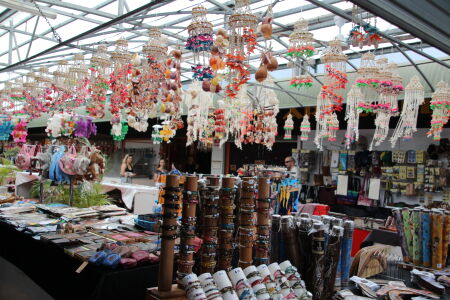 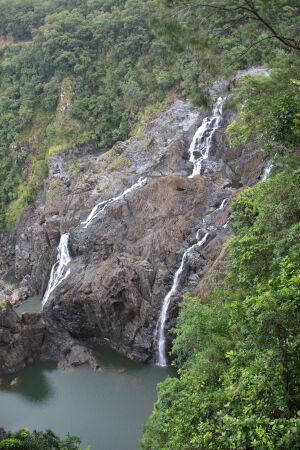 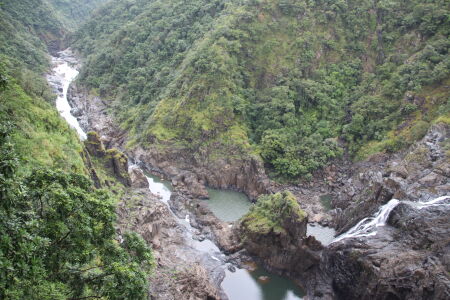 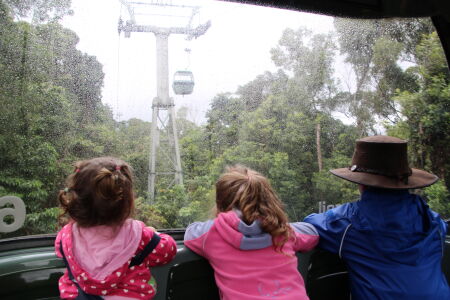 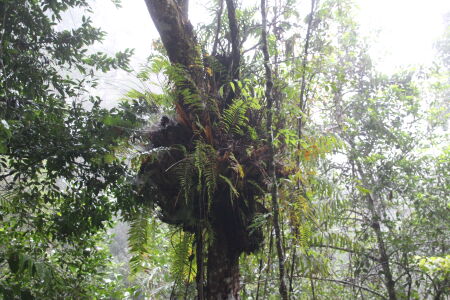