As I wrote in the last post we stopped in Chatswood for the Vivid. That is a suburb about 20 minutes from home. There were different light sculptures, but the kids had most fun with the tulips.

It was possible to to change the colours with different coloured buttons. Also Larina did not want to stay longer on in the Ergobaby on my back and engaged strongly. For me the other installations on this side were not that special.

We got hungry and were looking for a restaurant. We found a pizzeria which also made glutenfree pizzas. I could not be stopped anymore and thus we all enjoyed pizza.

After we had to go back on the same way to get to the other side. First we saw a wall onto which there were animations projected. Also in a backyard lane there were a few installations. There was a robot sphere painting with chalk on the ground which was glowing in the blacklight. The kids also got some chalk to paint. Another installation reacted on screeming. Jann can and likes to do it and all lamps went on.

Before going home we took a ride on the carousel and the Ferris wheel.

Two days later we went for the last Vivid visit. We know the area around Darling Harbour from our visits to the aquarium, the big playground and the water playground. Along the bay there were some installations, but the main one was the laser show with huge robots. We got surprised by loud bangs. We then learned that there is firework every day during Vivid. Larina immediately hold her ears as it was too loud for her.

In the park next to the playground there were may installations about the topic space. Below a space bug we could make music and the big ball path was liked by the kids.

The other installations were not that special. But it was very interesting to see the different installations of the Vivid. I liked most the animals in the Taronga Zoo. 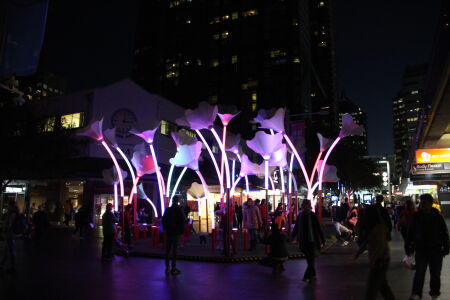 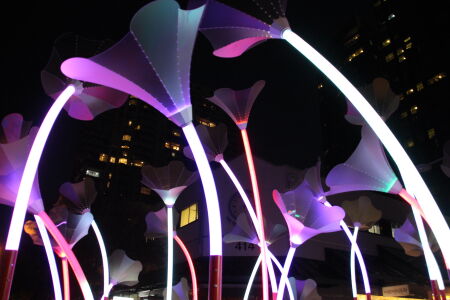 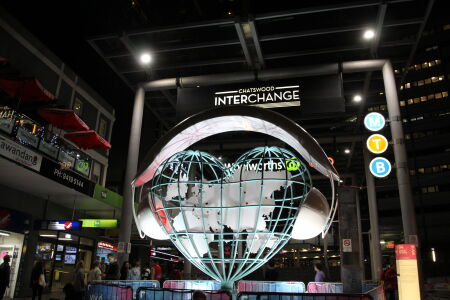 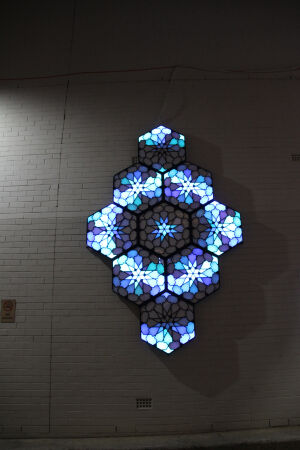 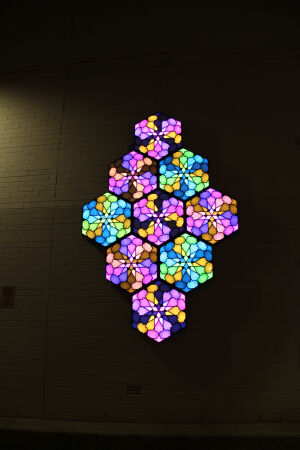 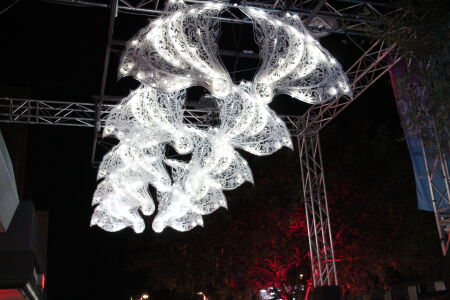 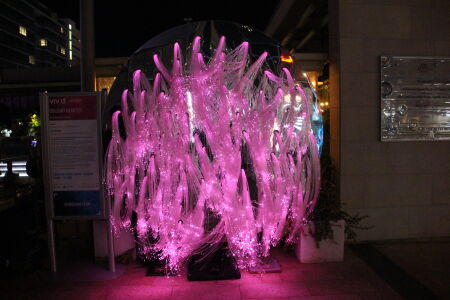 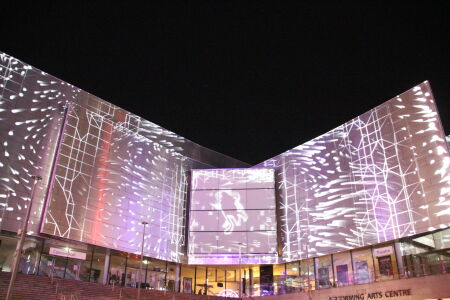 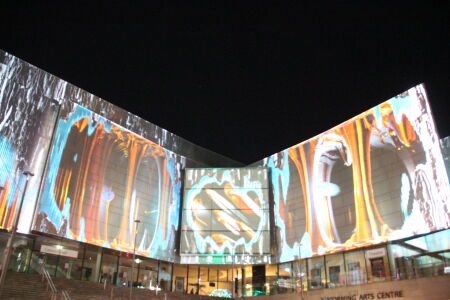 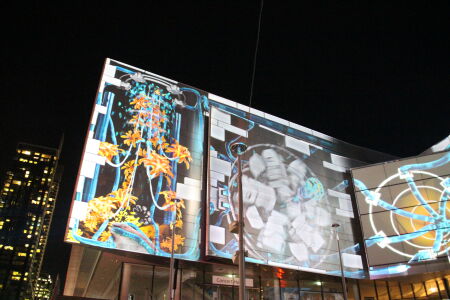 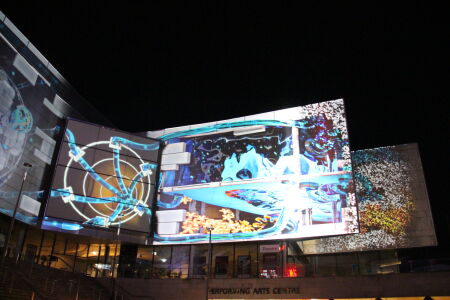 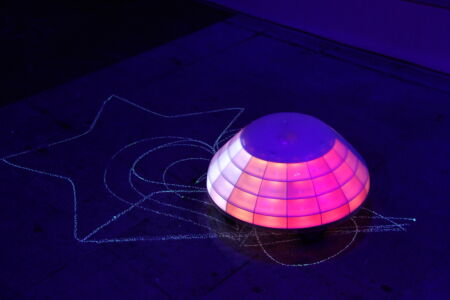 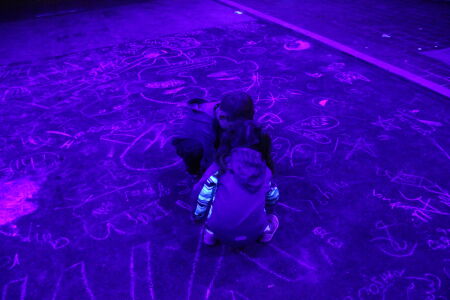 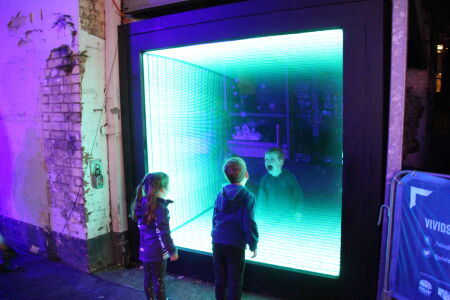 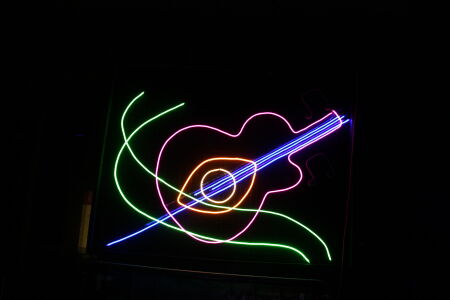 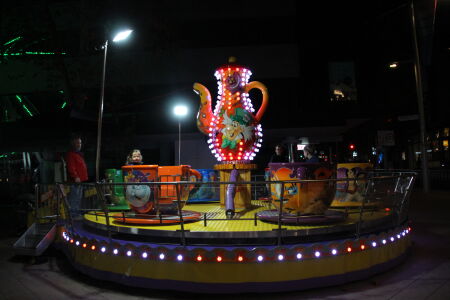 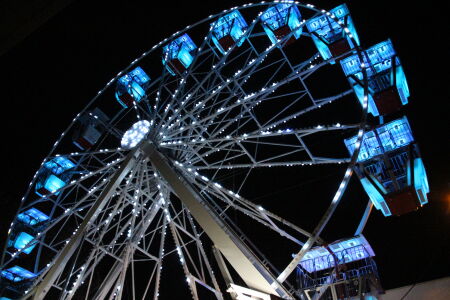 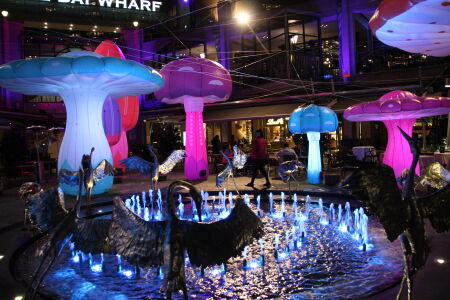 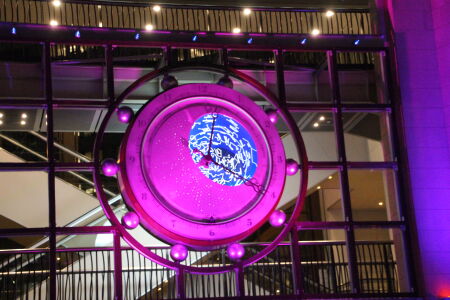 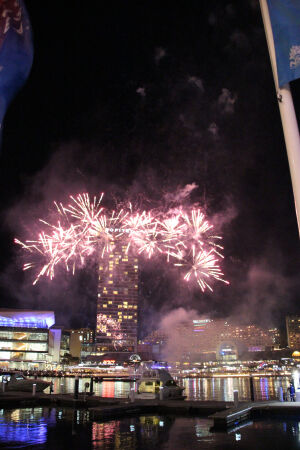 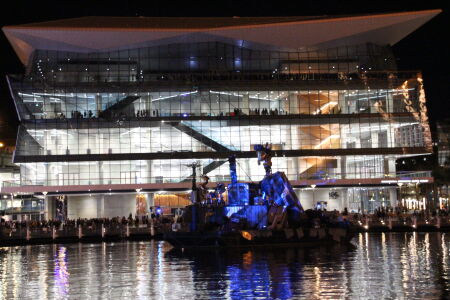 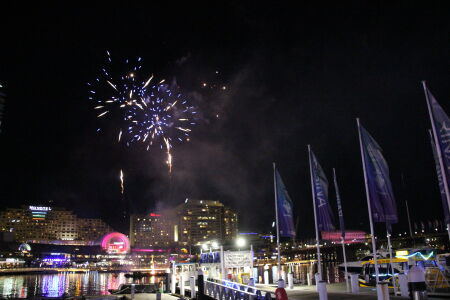 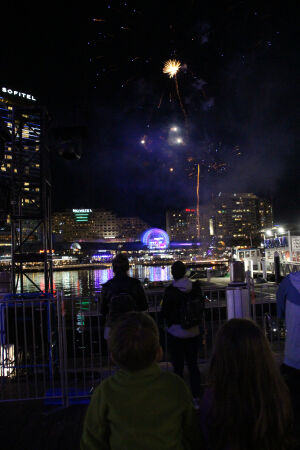 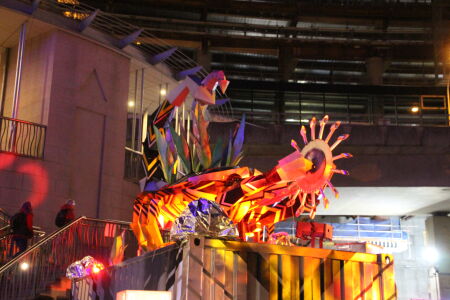 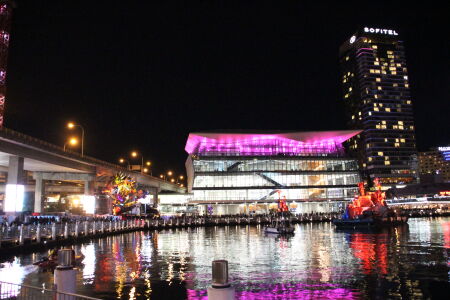 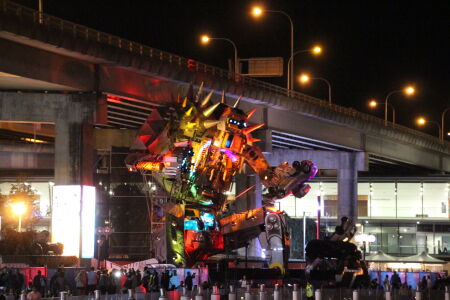 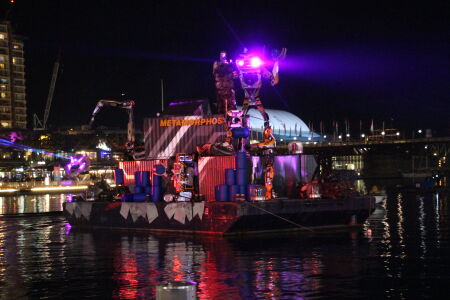 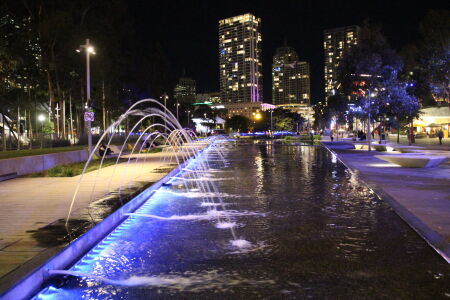 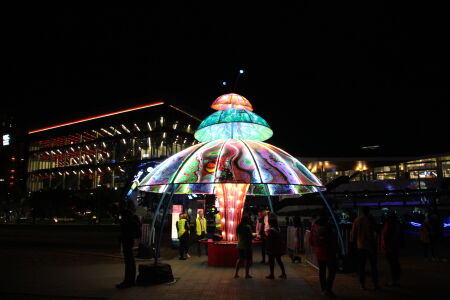 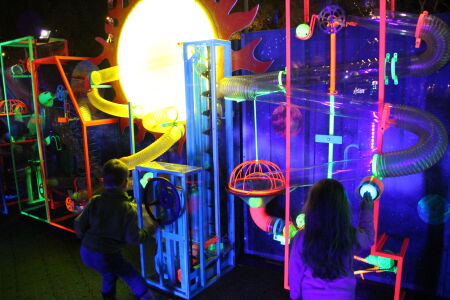