We got the hint from a workmate of Konrad to visit the Australian Reptile Park. We spontaneously decided to follow this advice and drove with the car to the park which is about an hour north of Sydney.

The park houses reptiles and other animals. There is a pond with many alligators which originally are from the US. These crocodiles are more peaceful than the Australian saltwater crocodiles.

And there is Elvis, the 5 m long saltwater crocodile. He is from Darwin and was trapped because he started to attack fisher boats. In the park he once tried to eat a lawnmower and lost two teeth doing so. In the weekends there is a public feeding.

Soon after we arrived there was a reptile show. We saw the very toxic tiger snake. The keeper how they extract the poison. Since the fifties the park extracts poison of snakes and spiders to produce antidote. We could see more lizards and snakes. Also a cane toad and a small alligator was shown around. We could touch the animals.

Next they fed in the next enclosure two young Tasman devils. An infectious disease threatens these animals in the wild and now zoos try to breed them to avoid extinction.

After it was time to get some lunch. We bought chips and hotdogs and went to the picnic tables in the central free-range kangaroo enclosure. We did not yet know that this is not the best place. We started eating as one on the bigger kangaroos stood beside me and tried to steal my chips. Not with me! I wanted to push it away, but it clutch at my wrist and shoulder. The bold kangaroo had quite some force and Larina, which sat on my lap, got scared and started to weep. After Konrad helped me to expel it we backed out to a table outside. I think some visitors give food to the animal which makes them become so bold. But here they got to the wrong ones.

After we saw different birds, lizards, koalas and dingos with their sweet offspring. Then the kids were drawn to the playground. Konrad went with Jann to the dingo show. The animals got fudder and it was told about their way of life.

Slowly it got evening and we went back. On the way we stopped in Chatswood where also the Vivid is taking place. But about that I will tell in the next blog entry. 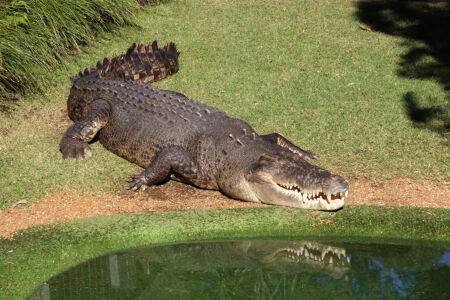 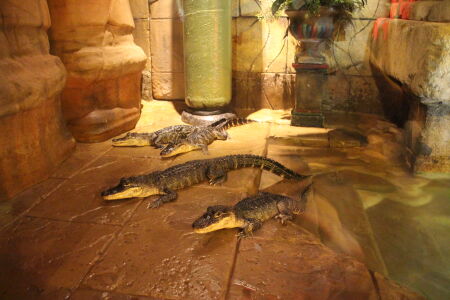 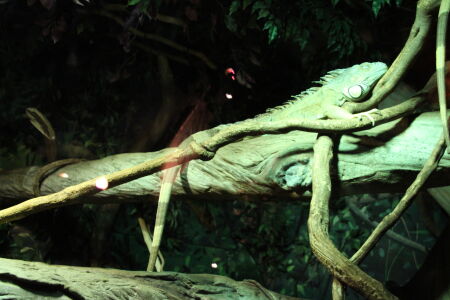 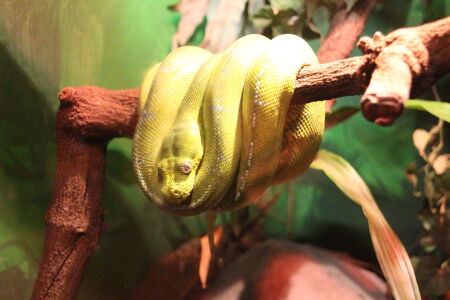 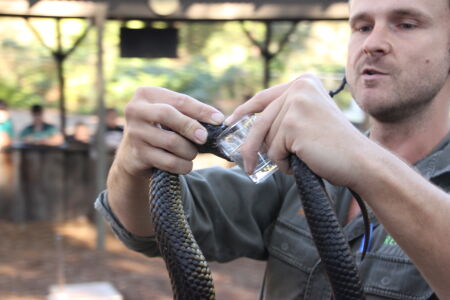 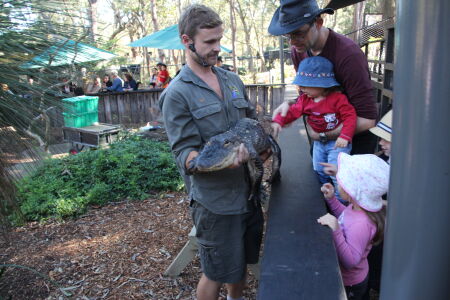 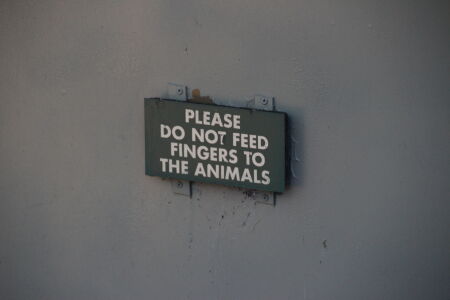 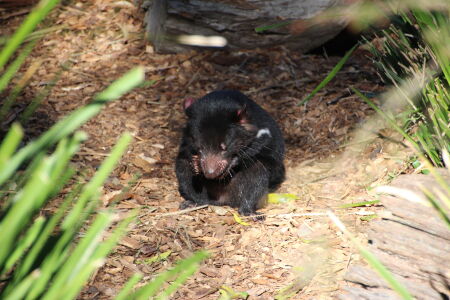 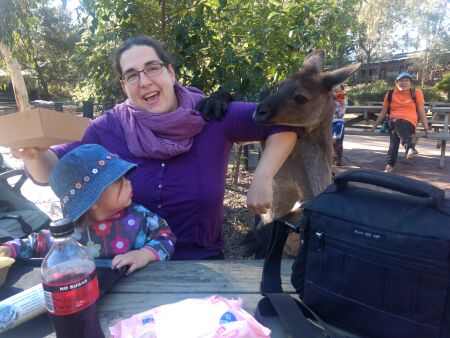 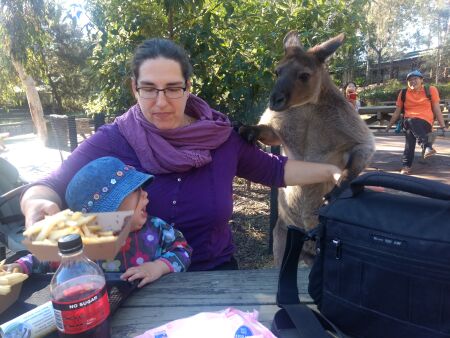 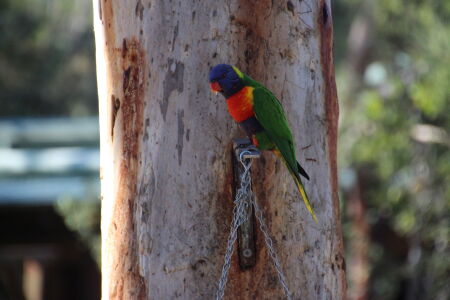 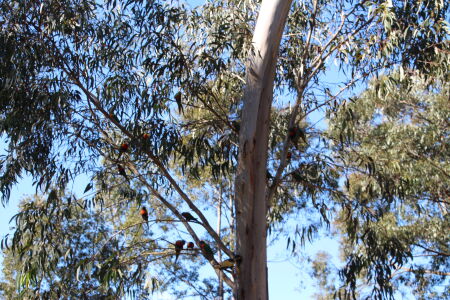 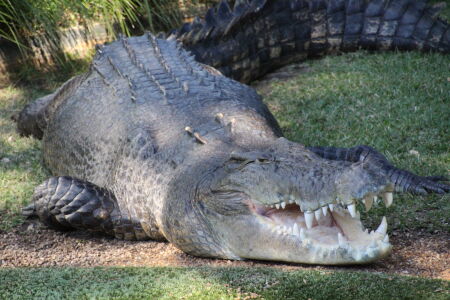 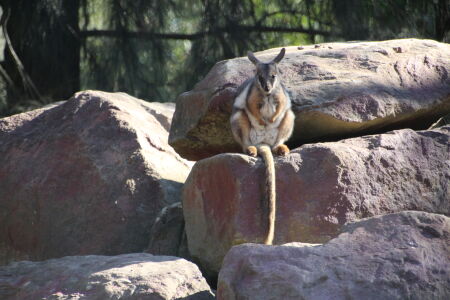 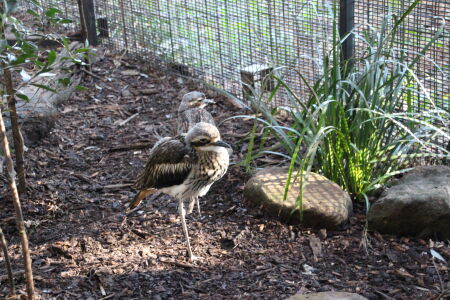 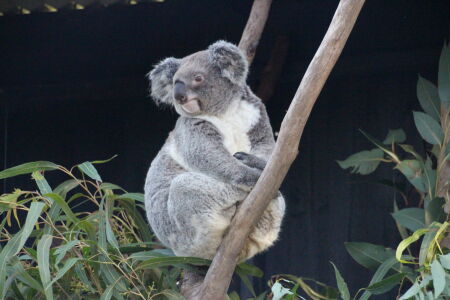 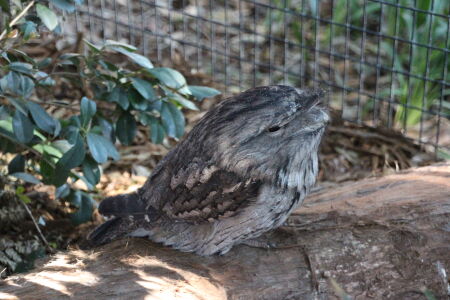 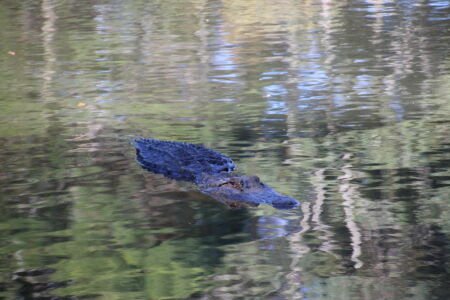 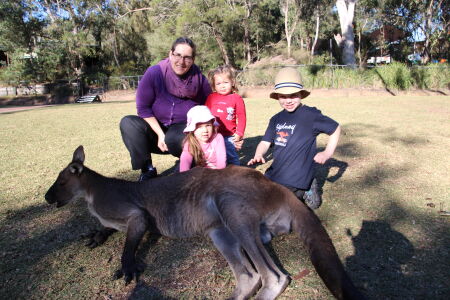