Very close to Sydney is the Royal National Park, the oldest in Australia. Konrad hiked there a few years ago and told me about the beautiful coast. So far I did not not manage to go there.

So it is time to change that. There many different possibilities to discover the Royal National Park. We decided to do a 5 km circuit around Jibbon Beach. It starts and ends in Bundeena, a village at the northern end of the park. Already when parking the care we were welcomed by some sulphur-crested cockatoos.

The hike started with a stroll through the quarter to the beach. Then we went the 700 m along the Jibbon Beach. There were some sailing boats anchored as the bay is quite deep. From the beach there is a way to aboriginal rock gravings. They could be seen from a footbridge. Some were easy to interpret, some were difficult to see.

The path then followed the rocky coast line to the open ocean. Here Konrad said that this is typical Royal National Park for him. There is a 26 km trail along the wild coast. We followed it until Shelley Beach and had then to go back to Bundeena.

So far the path was nice, but here it started to be very sandy. That was rather strenuous, and this not only for the kids. We were glad to have the drinking bottles with water as the sun was still burning strongly. During a drinking break we detected a 2 cm big ant. The shoes of the two big kids got rapidly full of sand and so I let them walk barefoot at some point.

Back in Bundeena we stopped at the playground. The kids were excitedly playing and I observed the many sulphur-crested cockatoos which came quite close. Before heading back we enjoyed a great icecream.

In the car Larina fell asleep very fast. We also could not keep Kiara awake. We wanted to stop in Audley and at a viewpoint. Konrad also got tired while driving the short distance to Audley. There Jann and I walked a bit along the Hacking River while the rest of the family had their late siesta in the car. The region along the river was in full autumn colour. We also observed a bridal pair making pictures.

After our short excursion Konrad was ready again, but the girls were still sleeping. We drove on and I knew at some point must be the turnoff for the viewpoint. At the same time when I detected the signpost there was also a police checkpoint. Konrad drove that slowly that we had the impression that it looked like we want to evade. At the parking we woke up the girls. Larina was fine, but Kiara was weeping. She had to come with us anyway and so we walked the 450 m to the viewpoint. At the side of the path we detected a tree whose roots oozed out of a crack in the rock. At the end we could see the Hacking River from above. To get back to the car Jann, Larina and Konrad went a different way which was slightly longer. To motivate Kiara we made a small race who gets back to the car faster. Jann believed to be the winner, but Kiara and I sat already for a little while on a nearby bench.

After we definitely went back home. 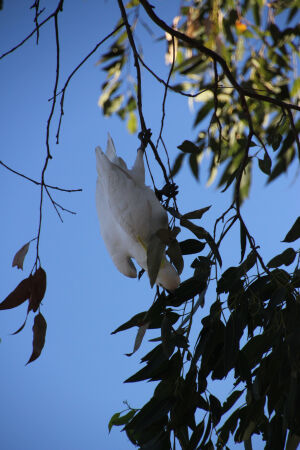 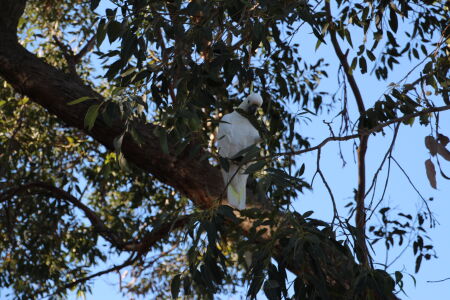 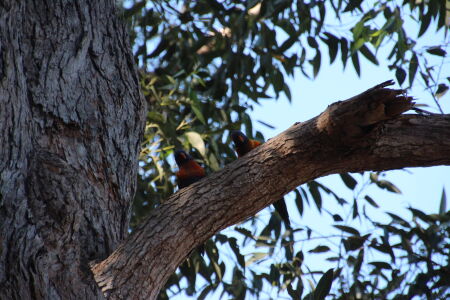 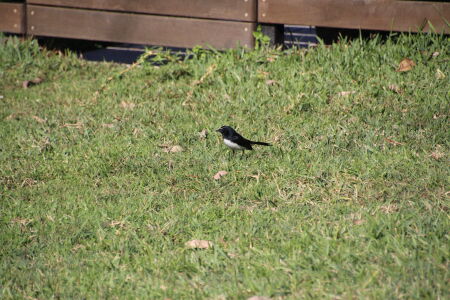 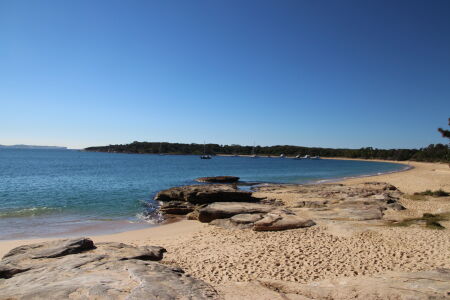 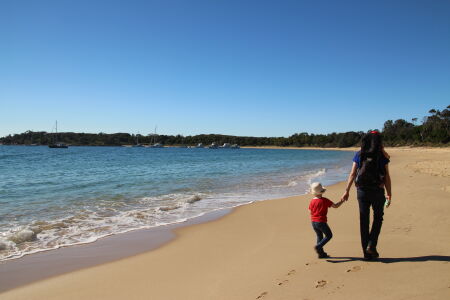 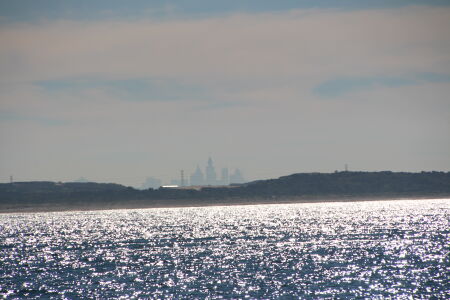 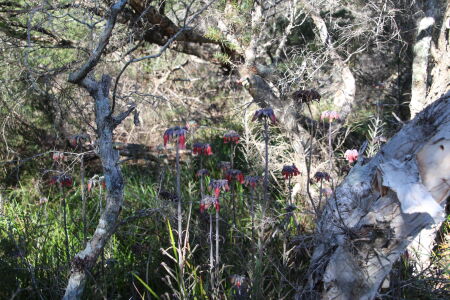 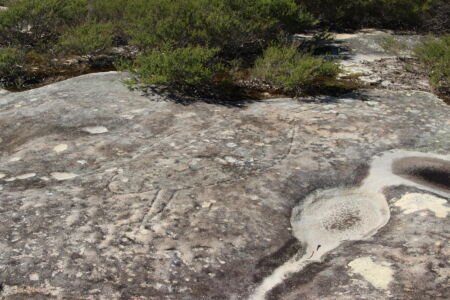 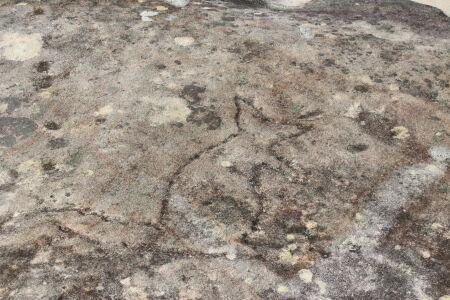 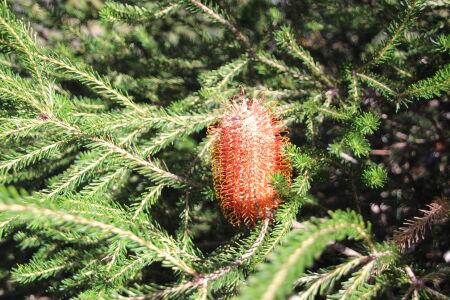 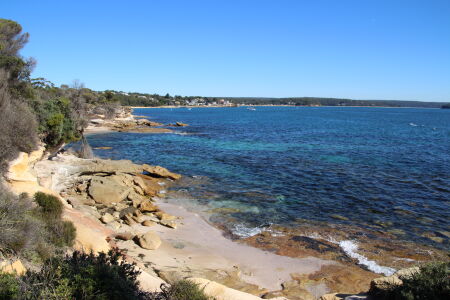 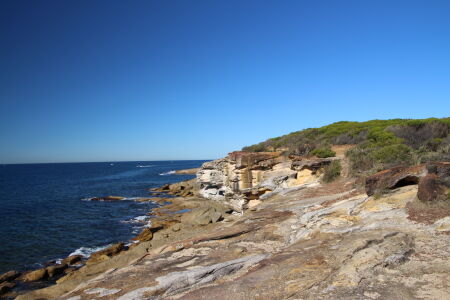 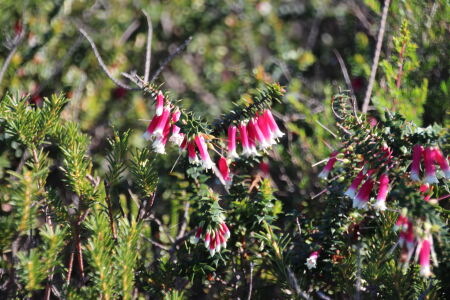 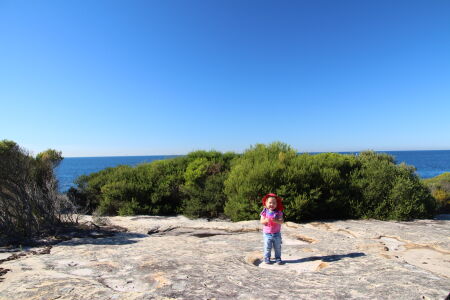 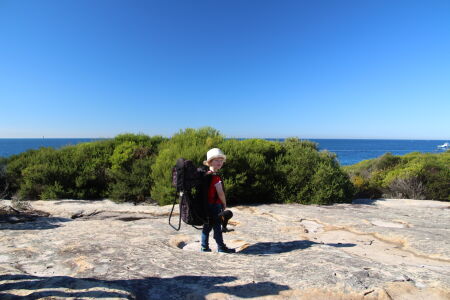 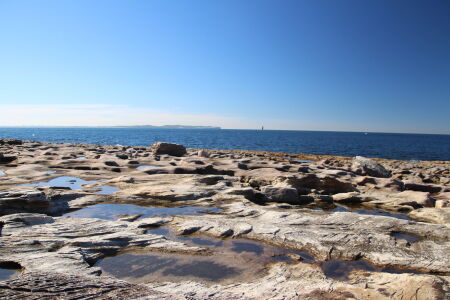 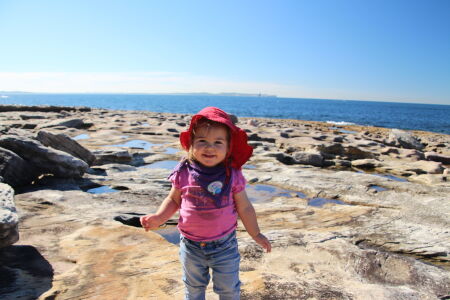 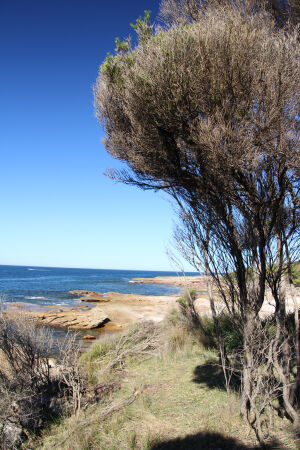 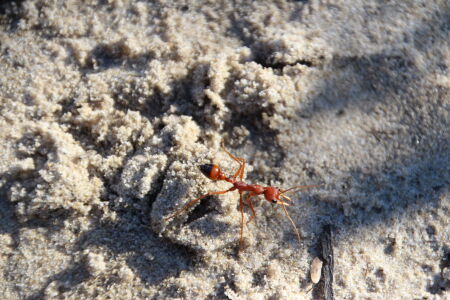 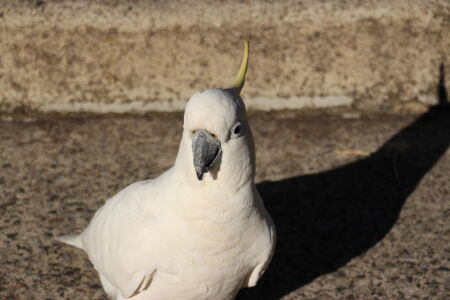 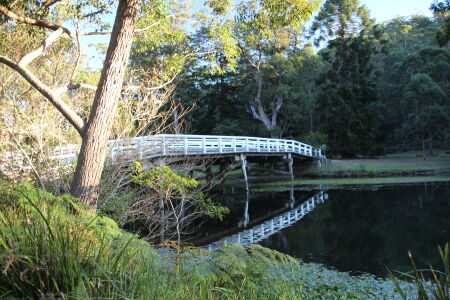 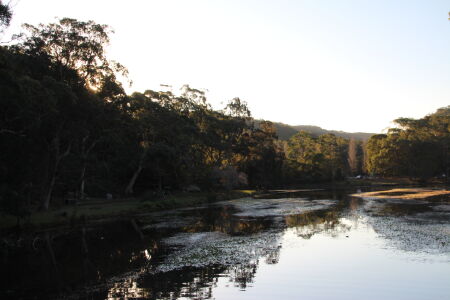 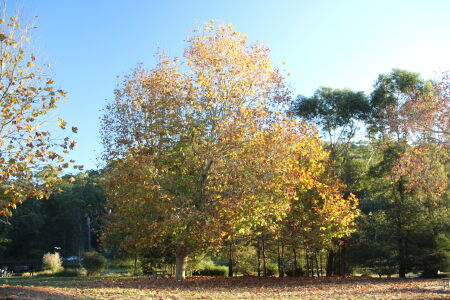 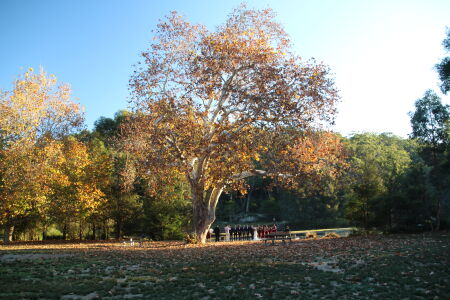 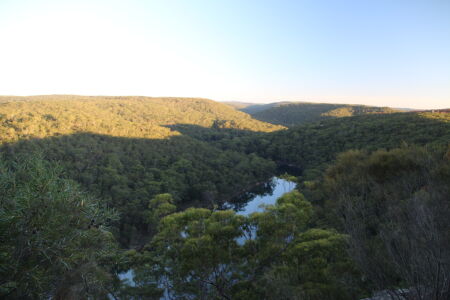 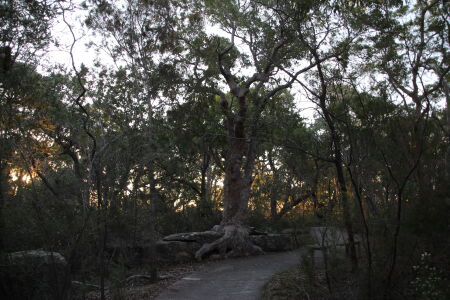