On Monday we visited two very different and still very beautiful places on our way from the Jenolan Caves back to the Blue Mountains.

Our accommodation was 30 km away of the viewpoint of the Kanangra Wall. Of them 27 were gravel road through the gum tree forest with a few potholes. At one spot on a clearing we saw grazing kangaroos. I immediately left the car with the camera. To get closer I went over the barbed wire. Jann and Kiara followed me and even were calm and marvelled at their first kangaroos in the wilderness. Konrad then also joined us with Larina and also she like the animals. They quite fast noticed us and then jumped away. The same accounts for the wallaby which jumped off just about 20 m away. We did not notice it before.

We continued and saw further kangaroos. And suddenly a swarm of yellow-tailed black cockatoos flew over the road and landed on a tree next to the road. Unfortunately I only got pictures after they took off again.

At the end of the road led a trail to the viewpoint. There we had a great view to the opposite rock wall, the Kanangra Wall. A step trail went down to a waterfall with at the moment only very little water. We had to go back using the same way and then had to leave the National Park on the same road again.

Our next stop was the Mayfield Garden next to Oberon. We got there at noon and Konrad look at the map and told me that the park is rather small and it does not look like there is a good place for picnic. OK, then I read wrong, I thought that is the biggest artificial park in the region. So we had a picnic on the rocks next to our parking lot. Jann did not like that as I did not lay down a picnic blanket and he protested that he could not eat like this. As we then were mostly finished with our lunch he then also got to the conclusion that he could eat something.

Then we went to buy tickets for the park. There we realised that the actual park is a few minutes away. And there we saw the dream of our mothers. They very much love flowers. It was still very colourful, even thought there were not that many flowers blooming due to autumn. But the leaves of trees were gleaming. One and a half our we strolled through the park. The kids had to walk on the walls and also little Larina felt very tall. She was walking all the time and was rarely carried. After a game of chess between Jann and Konrad and a rich cake for desert we drove to Blackheat to our accommodation for the next two nights.

It was a big holiday house with may toys and games for the kids. There were two bedrooms with each a double bed and one room had two fold-out beds. The two older ones decided to sleep in the fold-out beds and thus we could put the travel sleeping tent of Larina onto the double bed. When the kids were sleeping we discussed the hike we wanted to do the next day and decided for the Grand Canyon Walk. 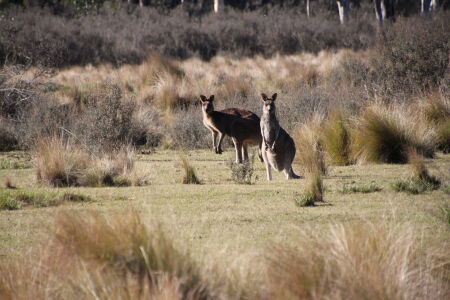 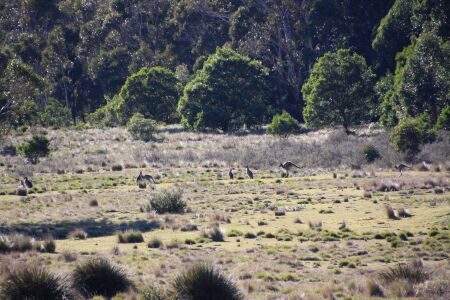 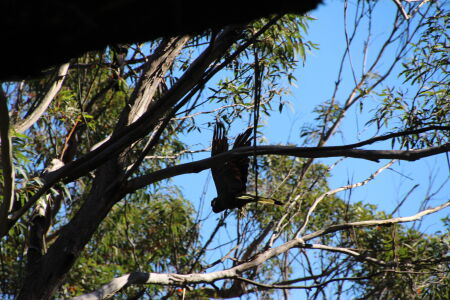 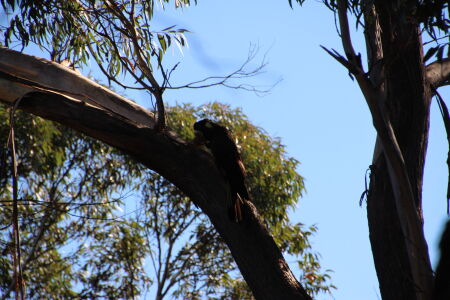 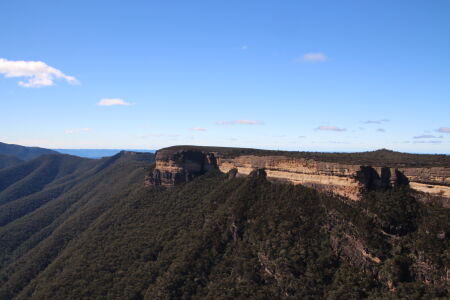 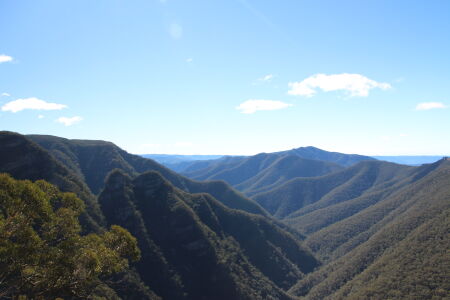 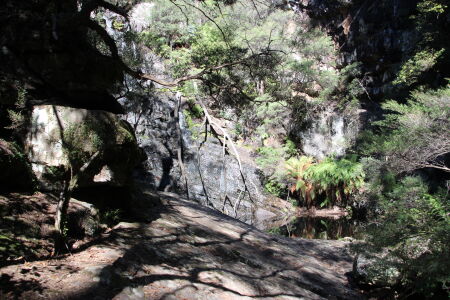 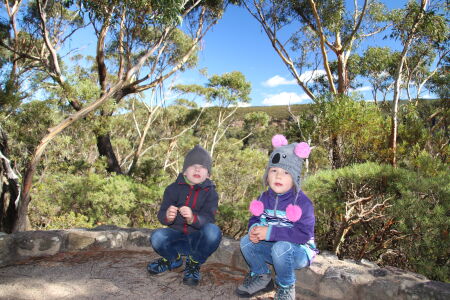 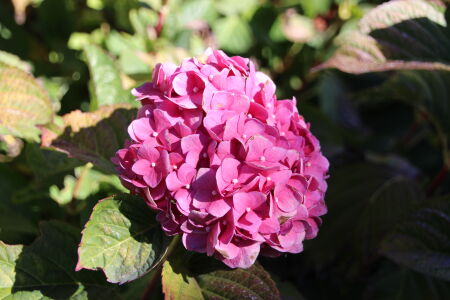 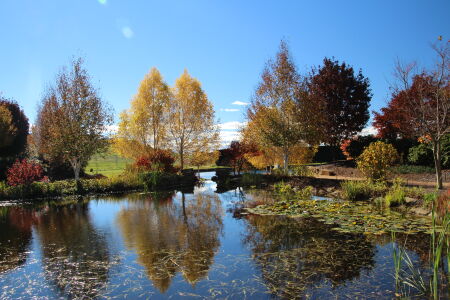 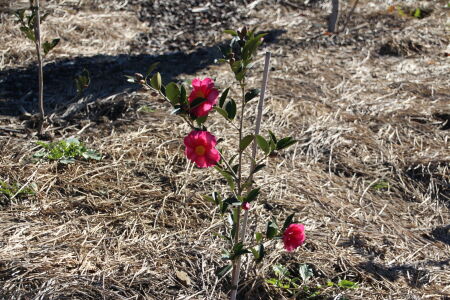 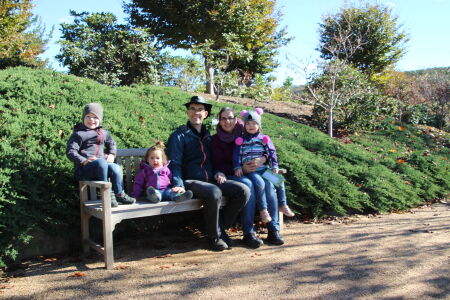 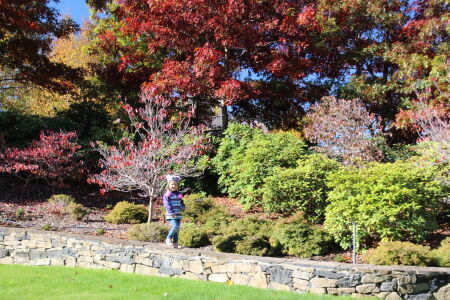 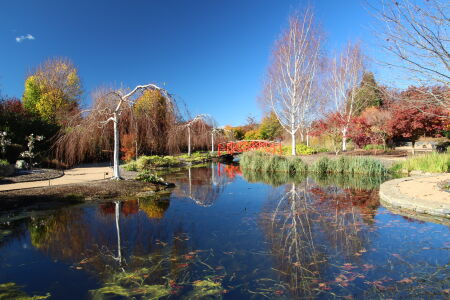 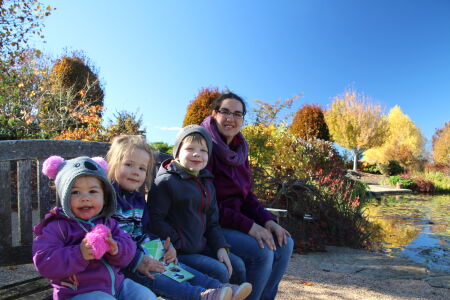 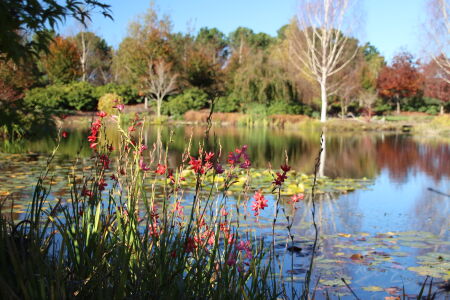 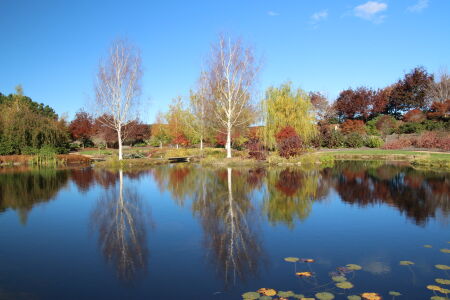 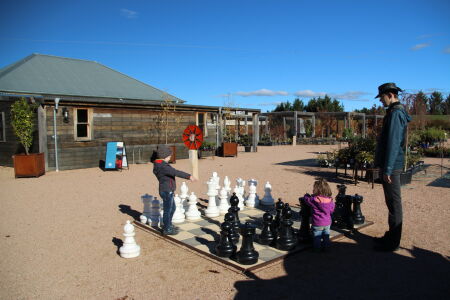