Since a few years I use a reflex camera to take pictures. To improve my knowledge and get a few nice pictures around the opera house I booked a photo tour with a professional photographer.

Already in Switzerland I visited a course in photography. But I have too little time to train what I learned there, so I mostly use the automatic settings. Our photographer Terry could give us many hints as we only were two participants. We met in the Rocks, the old town of Sydney. He led us through the Rocks and explained on with some examples what we need to care about. ISO, shutter time and aperture settings were discussed. Sorry, but also in English I do not really get these basics into my head.

After the short theory we went to practice it. We walked to the Observatory Hill were you have a good view to the Harbour Bridge. He showed us what we have to pay attention to and then we could take pictures for 10 minutes.

In the mean time Terry fetched his car and we went to Mrs Macquarie's Chair. From here there is a direct view from the east to the opera house and the Harbour Bridge. Terry showed his preferred spots and again pointed out the important aspects. As we can do sunset pictures from that point easily by ourselves, he drove us over the bridge to the other side of the water to the Mossman Point. Here you can see the opera house and the bridge individually. But unfortunately the opera house was not illuminated.

When I went back from the Rocks back to my bus stop I realised that the opera house was illuminated, but only on the western side. A different colour was projected to each of the sail-like roofs. I later learned that these were the colours of Sri Lanka in commemoration of the terrible terror attack.

For me it was an interesting and lovely evening. And I could do something just for me. 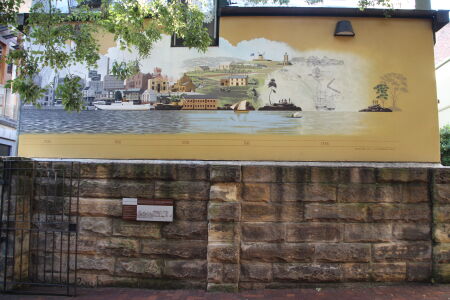 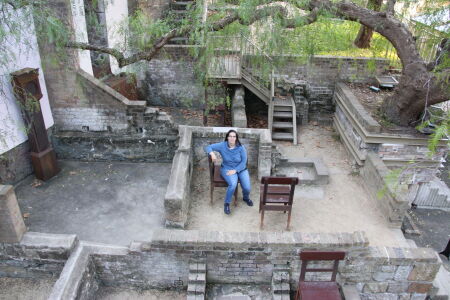 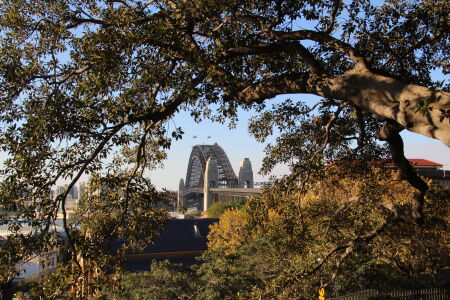 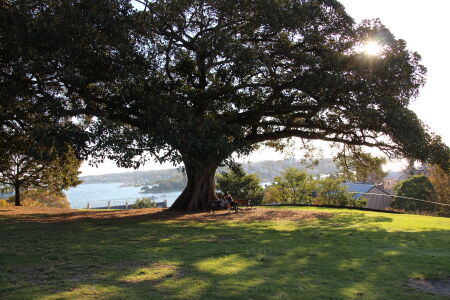 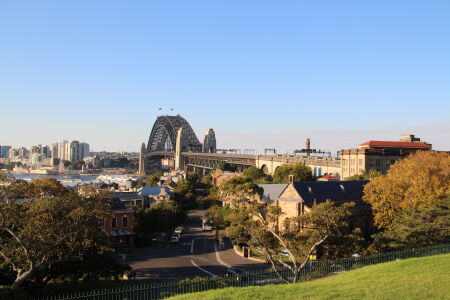 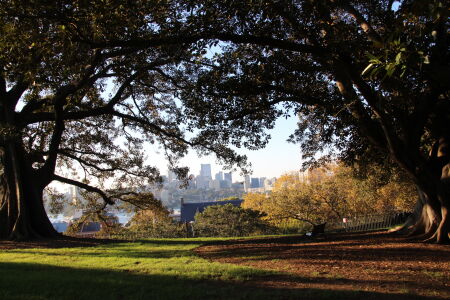 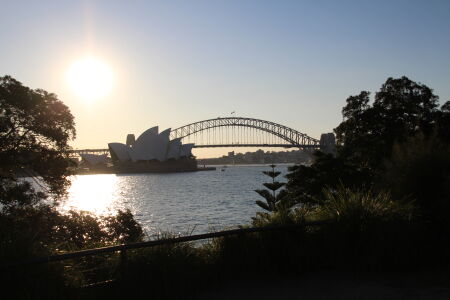 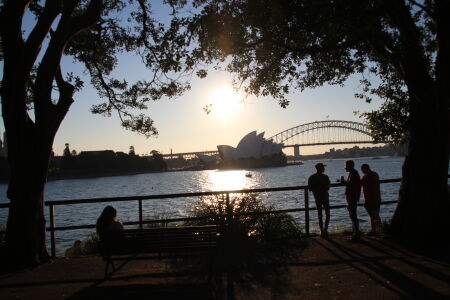 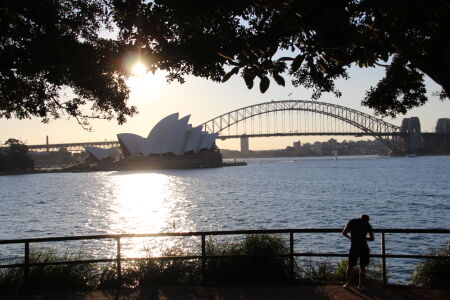 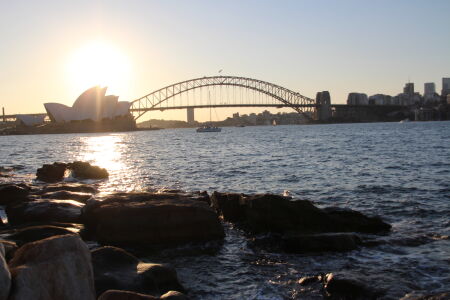 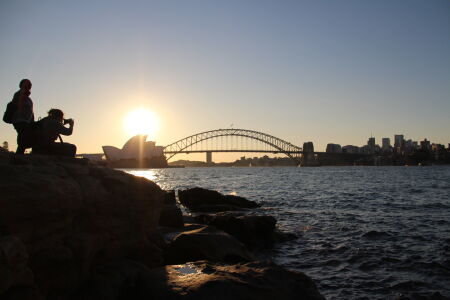 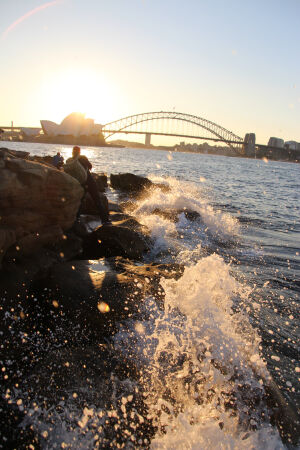 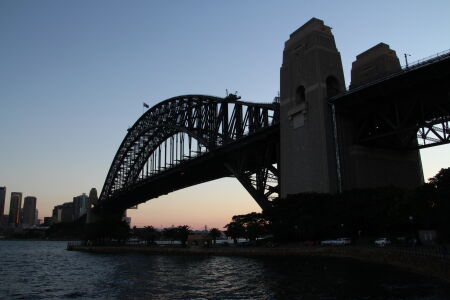 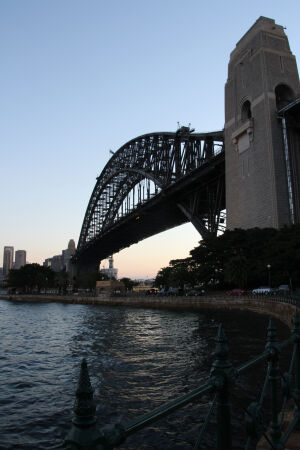 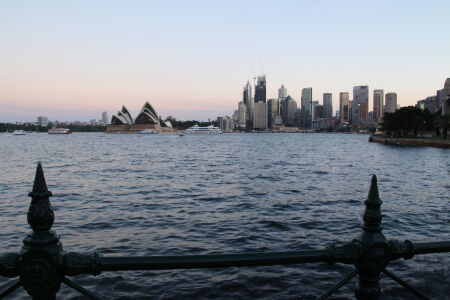 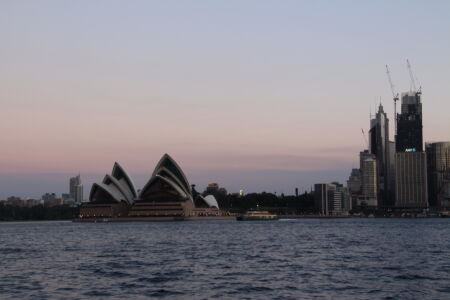 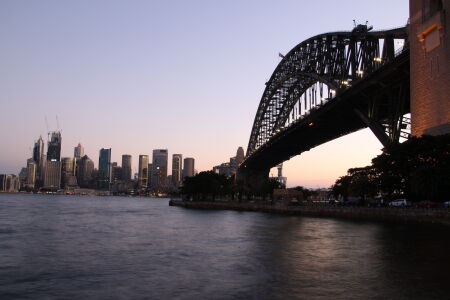 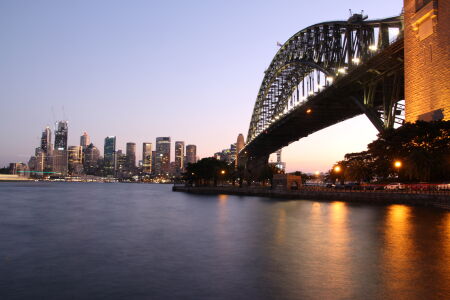 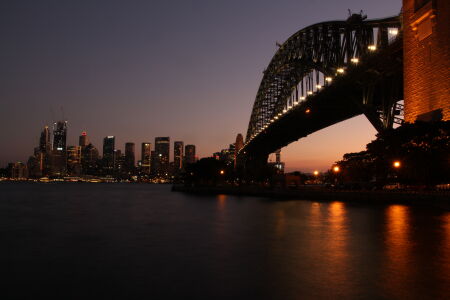 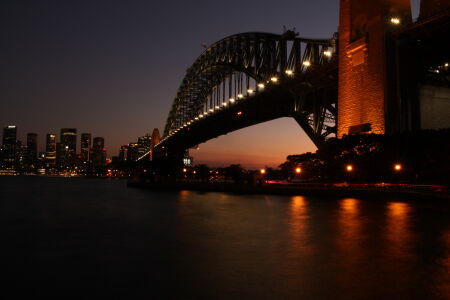 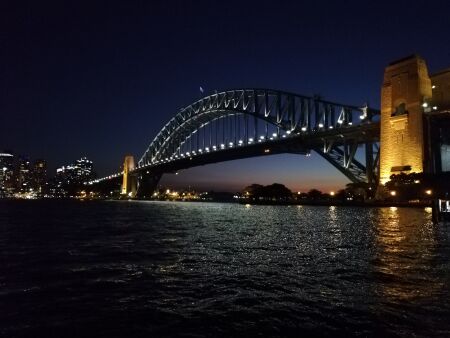 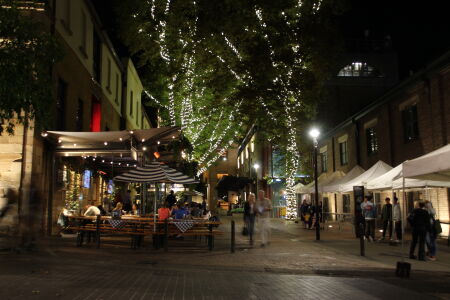 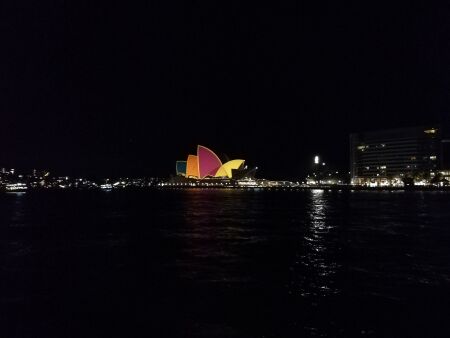