After our strenuous hike of Saturday it was clear that Easter Sunday should get a bit more relaxing. The kids asked again and again when the Easter Bunny is coming. I told them, that he wrote a letter telling that the will bring something to the Coogee Beach.

In Coogee we first had a Picknick and where then looking for the playground. After a longer search we started to realize that it is not on this beach, but on Bronte Beach. Konrad told me, that he does not remember been on this beach here. I was here some years ago after a hike from Bondi. But it is correct that last time we only walked until Bronte.

Without playground we went directly to the beach and put our stuff close to the promenade. The kids tried to bury Konrad's legs. In the mean time the Easter Bunny prepared the Easter Nest into the sand. Kiara and Jann first went after the chocolate bunny and Larina tried to open the chocolate eggs. We did not really think one thing: we do not like too much chocolate with sand. Except maybe Larina who likes sand in the mouth (see last blog entry).

With sticky hands we went down to the sea. In Coogee there are some rocks a bit out in the sea breaking the waves, so there are not many big waves hitting the shore. The two big ones enjoyed it. Larina saw the water too and went breezily towards it. Then she realized that it is moving and went slowly back. Just now a bigger wave overrolled Larina. She was not pleased and I could carry her wet and weeping to our camp. She did not want to stay at the sea any more. I started to realize that she needs her afternoon nap. She did this lying on me while Konrad was playing with the the big ones at the sea. At times they came to me to dump the wet sand.

We enjoyed the atmosphere at the sea and drove back at the late afternoon. The evening finished with a BBQ. But the mosquitos were rather aggressive until I got the stuff from the grill back to the house. 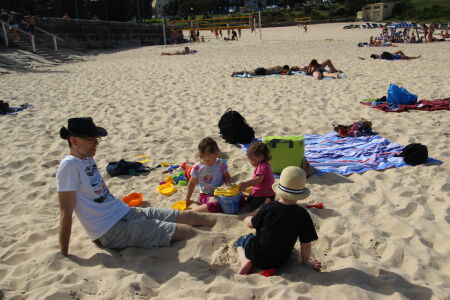 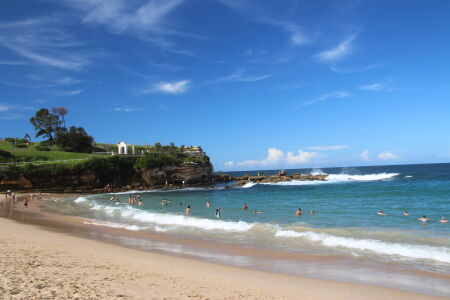 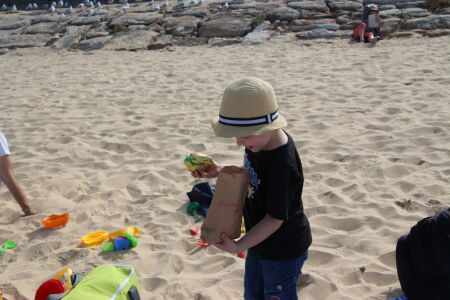 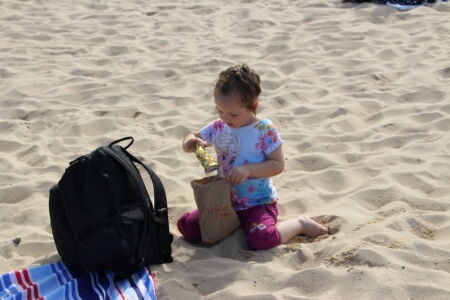 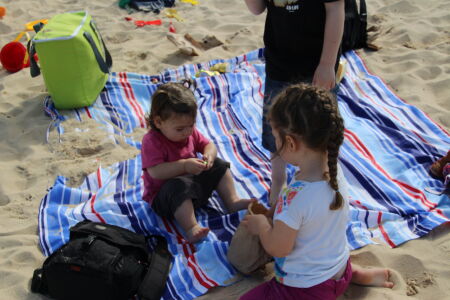 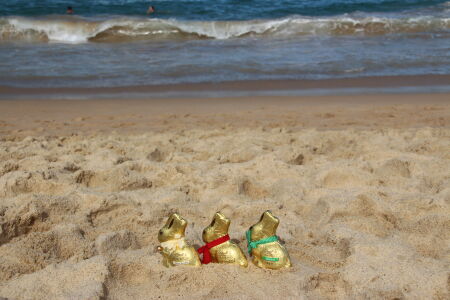 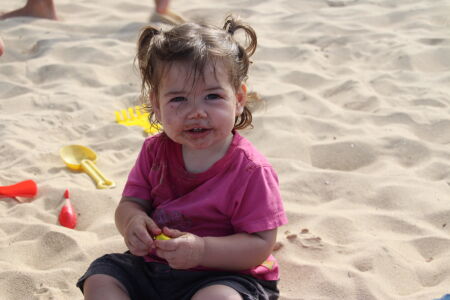 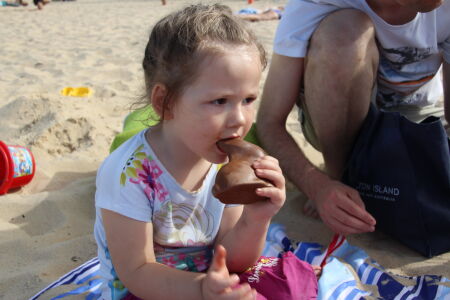 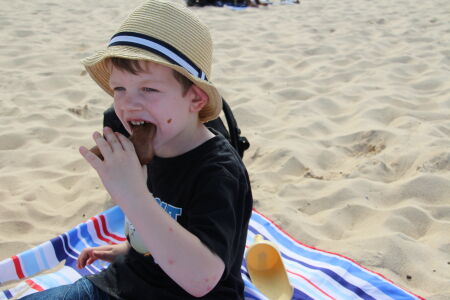 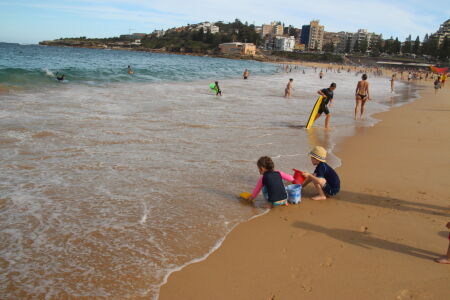 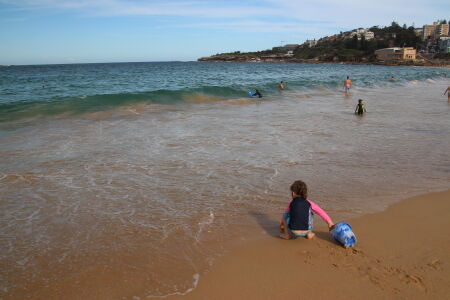