The day first started contemplative, but then we went to a fair. We did not want to miss the rabbit hopping championship...

I was rather astonished as I read that 26% of the Australians are Catholics and only about 20% Anglicans. Konrad went into the Good Friday Service in the morning. Currently I do not go to mass as it is too stressful with the kids. So the day of Konrad started contemplative.

But as he came back we went to the Fox Studios in the Moore Park. There is currently the Sydney Family Show. It is a fair which lasts for two weeks. And just on Good Friday there is a special event, the championship of the Rabbit Hopping Society of Australia. We did not want to miss that. About six people let spread over the day their rabbits hop through different courses with different types of obstacles. It is like show jumping with horses, but much lower. Or taller if set to the relative size of the animals. The first one we observed did not like the idea very much. After the third refused obstacle the young lady lifted the rabbit and showed it again the course. And then, hopp, hopp, hopp, it nicely jumped over the rest. It works!

The entry to the show is free, but you need to pay for every ride and game. We bought a family pass which was valid for four persons and four hours. Poor Larina had to stay off...

Jann first wanted to go with the scooter, but as he was too small he had to do it together with Konrad. But also here it is about safety in Australia: all had to drive clock-wise. After Kiara wanted to go to the giant slide. First she did not dare alone, so I went with her. On a piece of jute bag I rushed down with Kiara on the knees. After whe went alone. Jann did that alone from the beginning and Konrad went once with Larina. She then wanted to go with me too. In the jumping castle also all three could jump around. To the safety of Larina I was also close and she jumped in the corners. After the time was up the nice lady controlling everything gave back the children to the parents. And she did not let a child go without knowing to whom it goes. After we went from one ride to the other and in a ghost house, where they could climb. The two big ones rushed there through about ten times.

At the end all were tired. Finally the to tall ones got each a balloon. That one was twofold: inside is a flower balloon which is enclosed by another transparent plastic balloon. It is only filled with air. 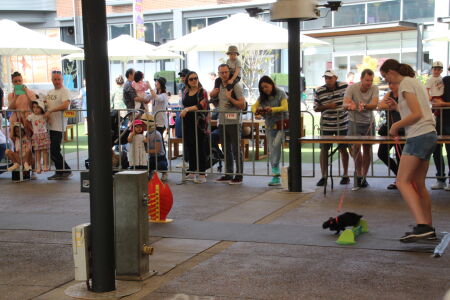 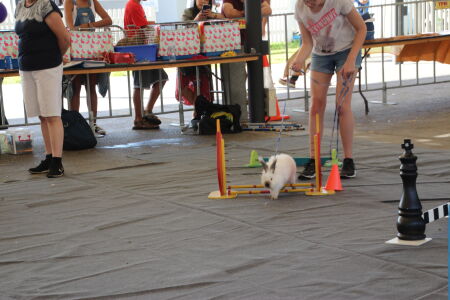 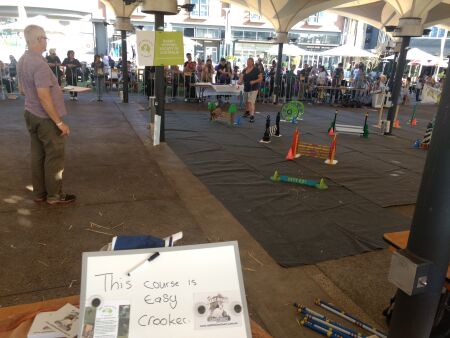 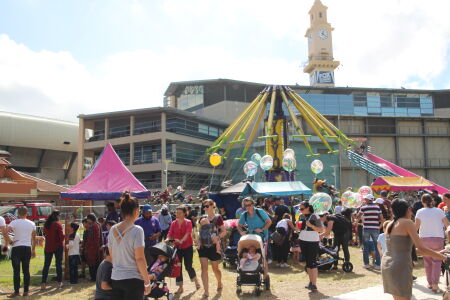 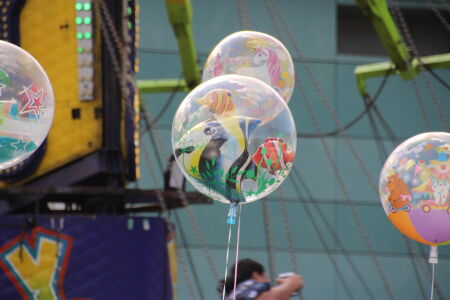 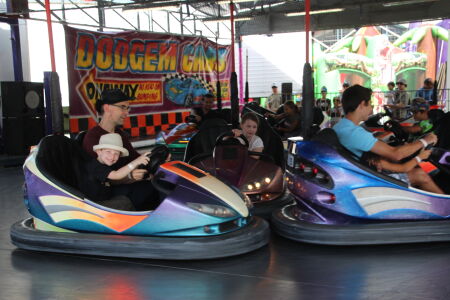 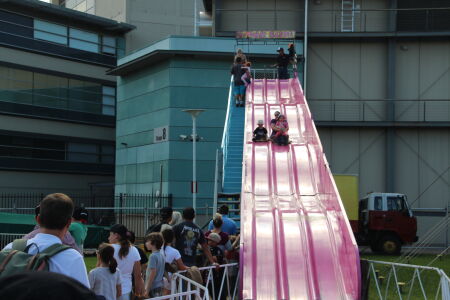 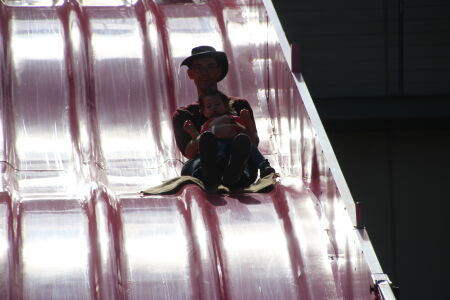 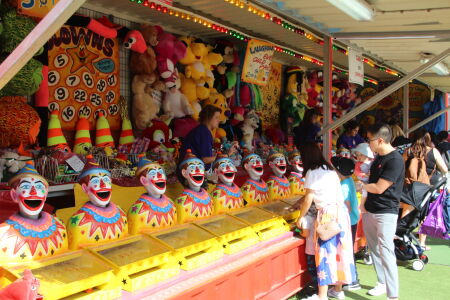 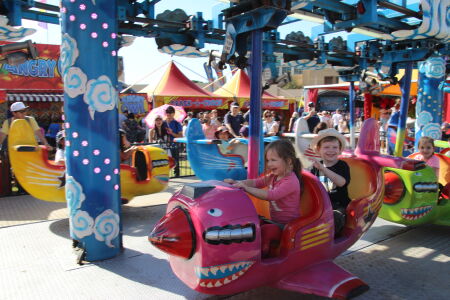 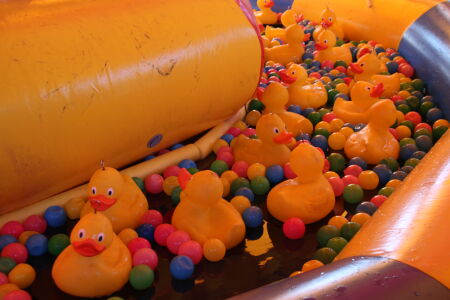 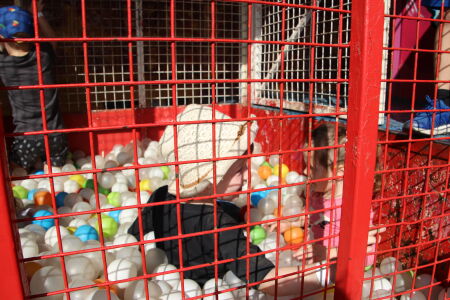 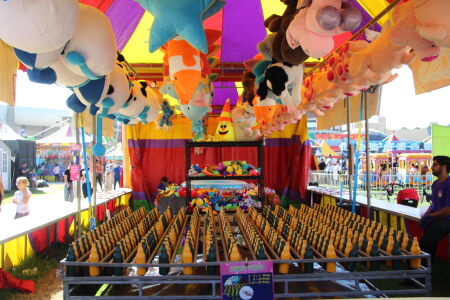 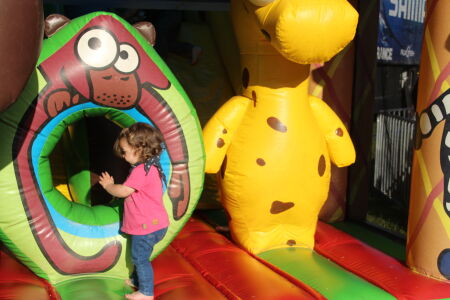