After we arrived at out house for the next three month we went to get some food around the corner. After dinner the children explored the house. They found toys in serveral cabinets. But they were not allowed to play for very long, then we wanted to go to bed.

Konrad had to work on the next day, but he got the advice not to come too early. The room assignement was another task. Kiara wanted to sleep in the same room as Larina. Jann was not that fond of this idea as at home he shares the room with Kiara. First I wanted to take the gallery room with the big double together with Konrad and Jann should sleep in the smaller double bed. But the matress of the big bed is too soft and I do not want to have an aching back. Now Jann sleeps in the big bed and Konrad and I in the smaller one. The kids fell asleep fast, but around 2 o'clock they awoke one after the other. And also hunger became noticeable. But there was nothing but sweets, so we made a night party. Two hours later I tried to get the children asleep again. Finally Larina slept in Konrad's bed and Jann and Kiara next to me.

At 8 o'clock Konrad got up and went working. I did not put an alarm clock as I thought the children would stand up somewhen in the morning. I woke up close to noon, so I also wuoke up the kids. Konrad came and wanted to go for lunch with us. Nay, I ate breakfast a bit later with the children. In the afternoon we went to the playground.

The following nights were similar: they went to bed nicely, but after two hours of sleep the got all awake. The girls are adapted since Sunday night, but Jann only fells asleep at around 9 o'clock. What also helped was that here in Sydney the clock change to one hour earlier on Sunday (summer time).

Konrad works here full time and had also already to work on Sunday. But that gives compensation days which we want to collect and then to take a few days off.

The children and I started slowly into the week. It was a bit like coming home. I am now the third time with Konrad in Sydney and live in the same neighborhood as last time, I am used to quite a lot. For sure we want again go to the playgroup at the Holdsworth Community Centre. On Friday we were ready to do so, as we got up early enough. Erica remembered me when I registered. The kids love the playgroup. What all we do there I will tell later.

On Saturday we had temperatures up to 28°C which was a good reason to go to the water playground in Darling Harbour. The two big kids immediately went to swash around. Larina took a bit more time, as always when water is part of the game. She wanted to be carried from time to time so I also got wet. But it was nicely warm and it dried fast.

In the morning it was not yet that warm, so we first went to the Sealife Aquarium. There the kids marvelled at the fishes. Jann wanted to go as fast as possible to the dugong and to the shark pool. I had to take pictures all the time. He said that else his teachers do not believe what he has seen here. The aquarium changed in the last two years. That was surely not the last time where we go there.

I think now we are all arrived well in Sydney, or Woollahra to be more accurate. 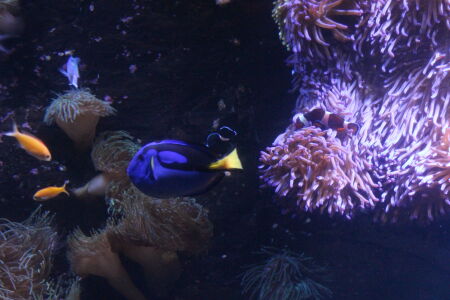 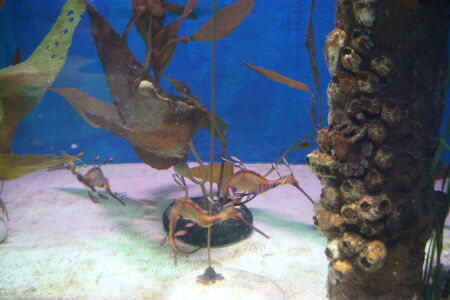 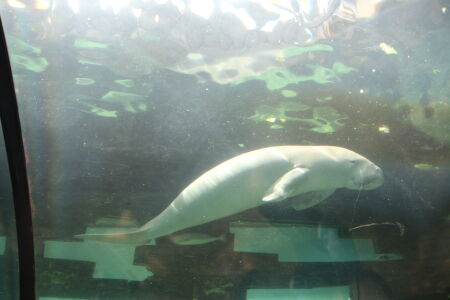 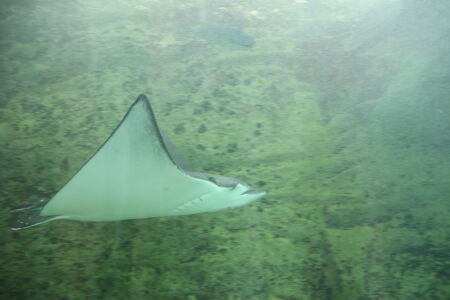 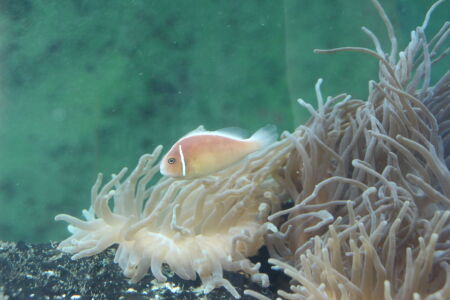 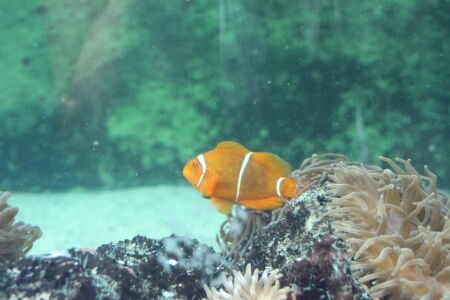 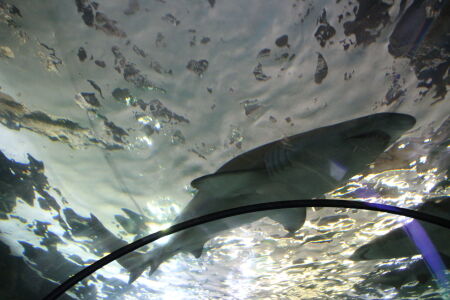 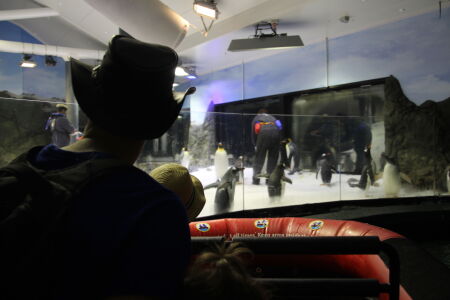 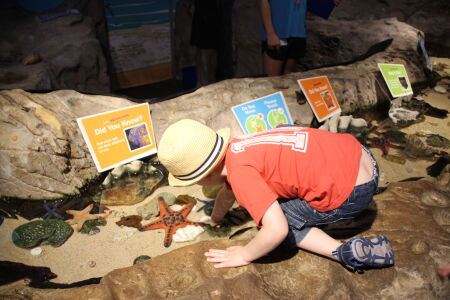 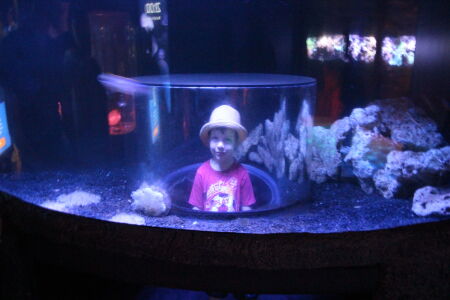 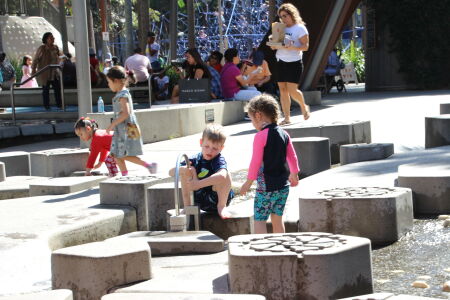 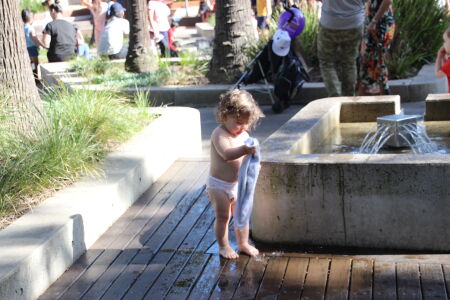 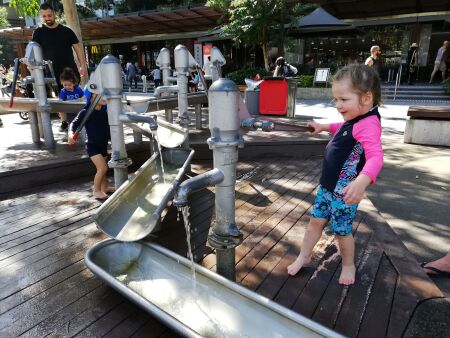 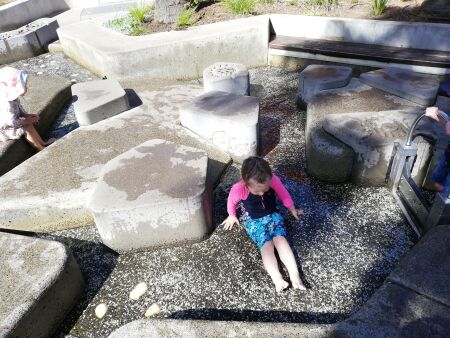 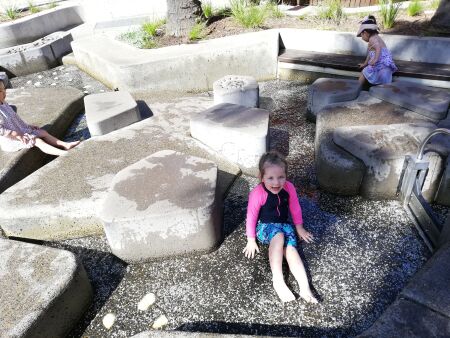 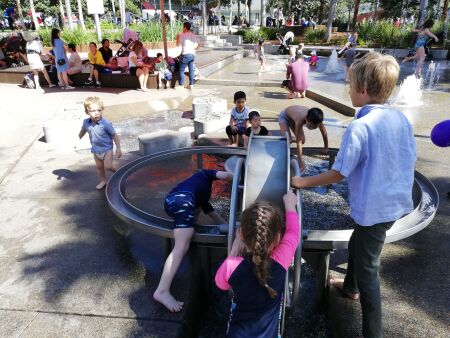 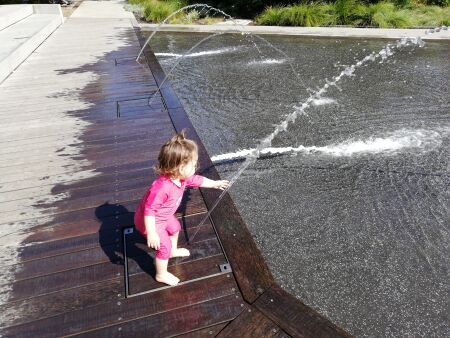 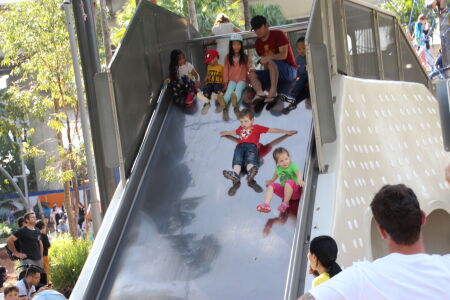