A bus of the ferry operator picks us up on the morning next to the caravan park. How will that turn out? The weather forecast is a bit unsure. Also the sea is also a bit rough. Kiara likes the up and down. She does not want to be hold despite that she is not able to keep on her legs. Jann is suspiciously calm. We believe he is seasick. We pass by a few big freighters which are waiting empty for better times in front of the port. In less than half an hour we are on the island.

We booked two bicycles and a trailer for the kids. They were transported by the ferry and we get them on the jetty. There are no cars on the small island, only some public buses. Soon we leave the small settlement cycle clock-wise around the island. There are a few drops of rain, just enough to make us worry. All is over after we made the trailers rain-proof. The bicycles only have three gears, so the luckily only low rises are quite strenuous, especially with 30kg of additional weight. We stop here and there at a bay and after one third we disagree. I want to go around all the island (it is only 22 km), but Petra wants to shortcut through the centre of the island. OK, we first cycle up to the lighthouse on the topmost point of the island. I give everything, but the last 15 metres are too much and I have to dismount. The kids do not care, they sleep. Petra joins a guided tour to the lighthouse which is just about to start.

We then cycle through the interior to the north of the island. The countryside is different than on the coastline. Also the salt lakes are appealing. We encounter a picnic table nicely in the shadow without wind next to a fallen tree. I take a seat and start to unpack the food. Suddenly there are two brown eyes looking at me from below: a quokka! How cheeky! The quokkas are actually the main attraction of Rottnest Island. There are no rats or other imported carnivores (foxes, cats and dogs), so the population kept stable. In some areas we passed on our trip we were warned of poisoned baits to reduce this foreign estrays. Such a quokka looks like a muskrat with kangaroo feet. And very close there waits a second exemplar, a mom with a baby in the pouch. Jann is not exited about the importunity and flees in panic onto the table. For the moment we do not care about principles of good manner and let him eat on the table. Kiara is sitting on my lap and does not care that the animal is snooping on her leg. They should not be touched or fed as they are wild animals. They are probably here because of the food (but they do not get any) and the topic of touching I have been warned by Petra that these animals do not know about this rule. We enjoy our two observers.

Slowly we go back towards the port. At the end in urban area we see one or another of the animals. Petra is awaiting more in the afternoon. Indeed in the pedestrian zone there are a few. And we see why they should not be fed. A peacock gets aggressive towards a quokka in the fight about food. According to the markings in the ears it already lost a few encounters. A gang of seagulls later chases the peacock off. And there is another animal with a dead eye. Jann is now more relaxed with the animals and does not flee anymore. If I leave Kiara alone on the same height as a quokka, she shies away.

We let the children a bit run in the playground. Shortly after four the ferry leaves for Fremantle. During the passage I can distract Jann a bit with the waves splashing at the boat. He is now looking outside and is not that calm anymore. Towards the end he asks: "When does the boat sink?" What, how does he get to that? At the beginning there was, like in a flight, a safety video. And Petra made a remark concerning sinking. "Jann, the boat does not sink. Nobody wants that the boat sinks. That would be very bad." 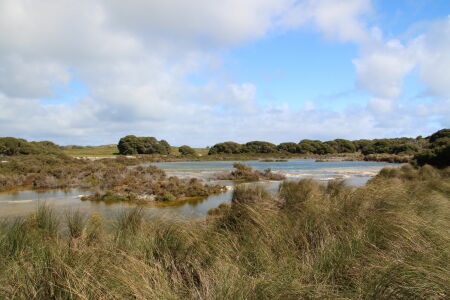 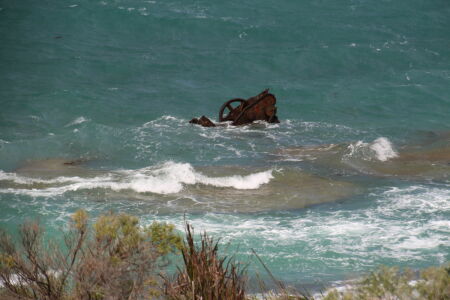 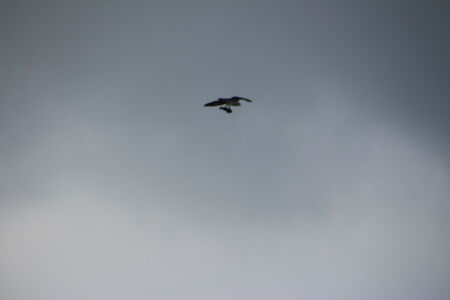 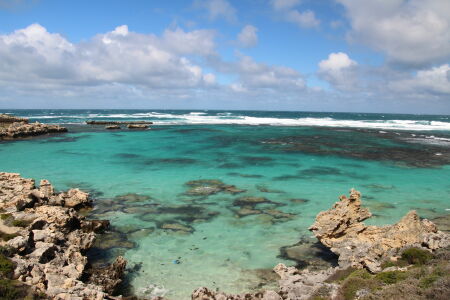 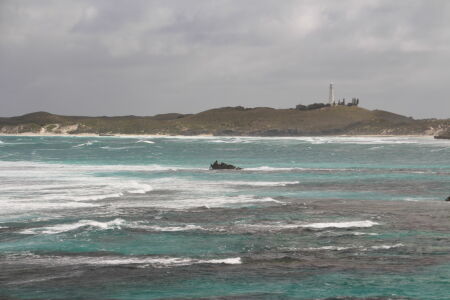 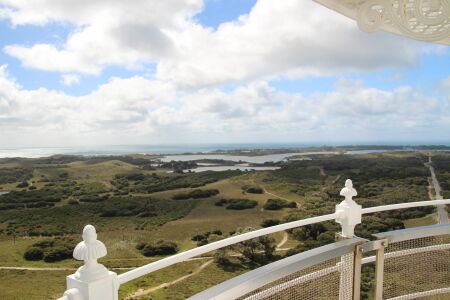 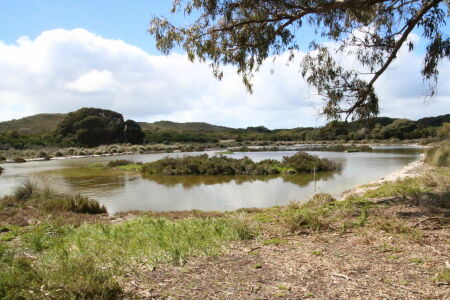 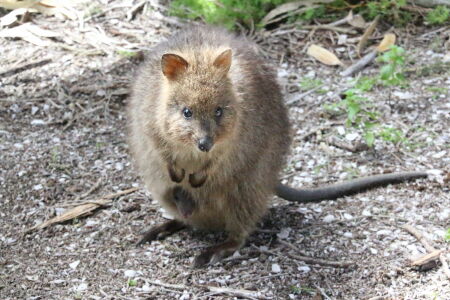 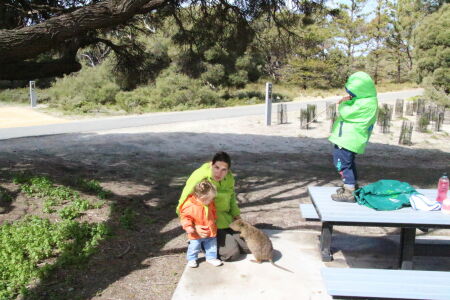 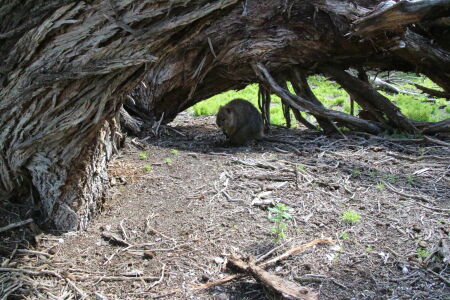 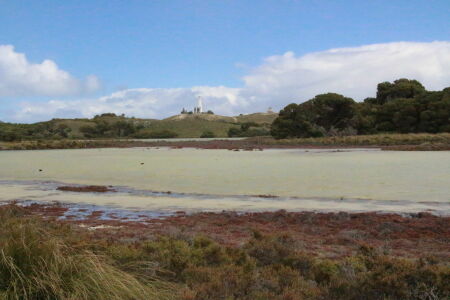 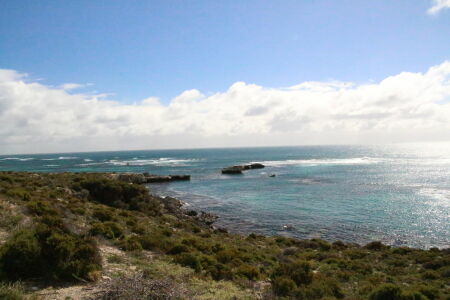 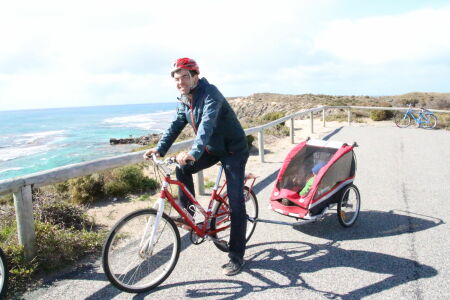 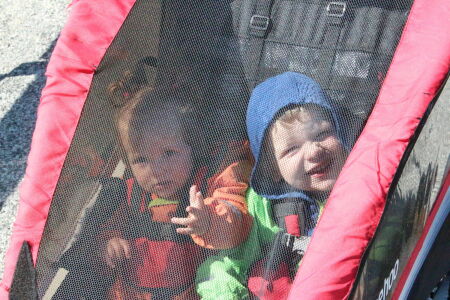 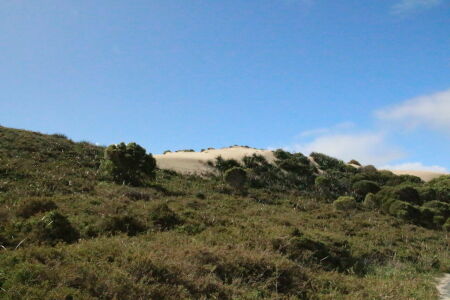 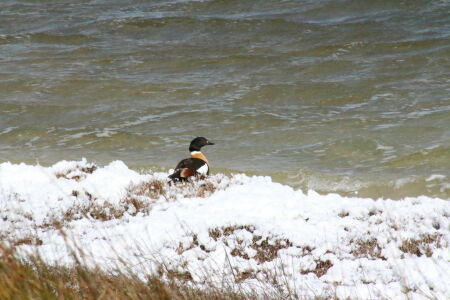 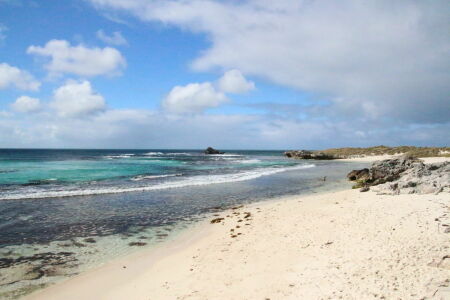 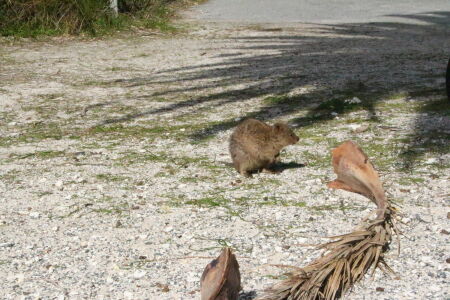 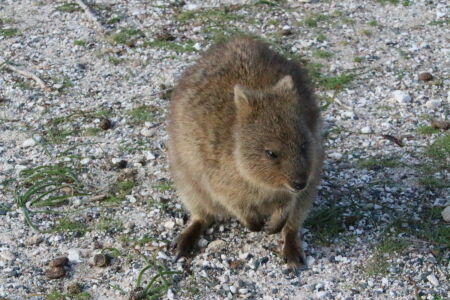 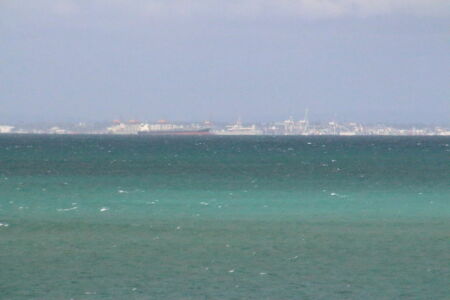 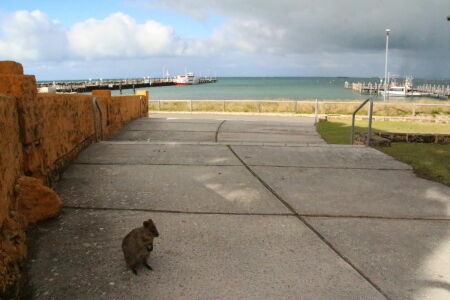 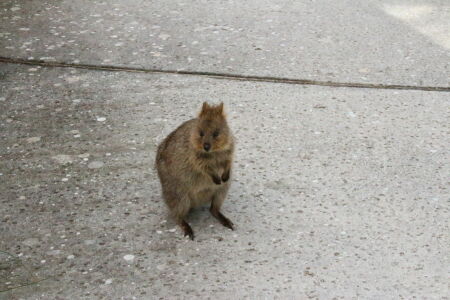 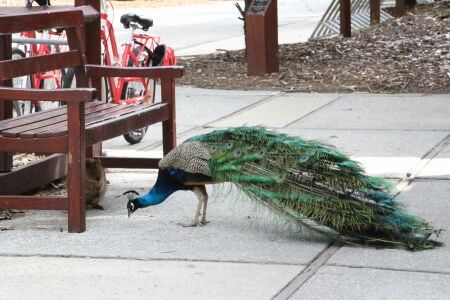 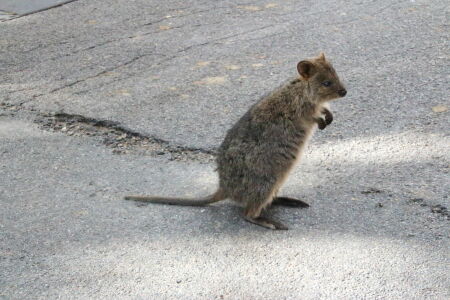 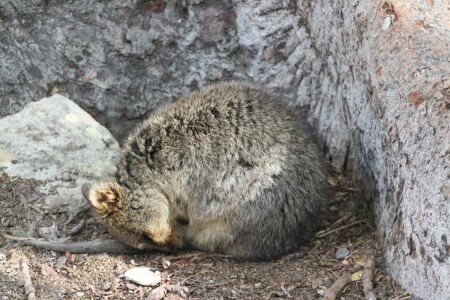