During the night my belly starts to rumble too. I join the club of the breakfast refusers and slurpers of the brown, sugary and desprankled sherbet. But there is a lightweight exception. Kiara is standing in front of me: "Mmhmmh" and holds up her bib. After stimulant activities like packing the tent and a few visits in the amenities block my belly feels much better and we are early ready to go.

Petras next destination is the mining harbour Port Hedland, a bit more than 600 km in the south east. We will see how far we get today. The kids sleep very fast and we continue driving for the first two hours. At the beginning there is a huge grazing plot which lasts until the horizon. The cattle is been driven together. The cowboys on the horses form a wide arch and at the very back there is driving a truck. Slowly they march to with the cattle towards the collection point. There are already a few thousands animals waiting. There are simply no landscape features. All is flat. But we can see how the vegetation is changing. The bush is getting lower. First we pass, I call it like that, the mournful bush. There are mainly long, slim, dry and at the top bowed bushes which give an impression of drabness. In between there is some diversion with more green or even a series of yellow blooming bushes. There are no boab trees anymore, but there is another oddity. Sometimes a exuberantly growing climbing plant is covering all the tree top and this plant is grow so dense that it looks like a solid body on first view. So there awaits us bowed giants, luring monsters, floating ghosts and hands grabbing out of the ground. Later the bush gets even lower, sometimes not even as high as a human. And it gets delighted. The grass is not only brown, but there are patches with different shades of green and the majority of the bushes are green too. At the end there are also patches with white flowers, yellow flowers and finally also purple flowers. I guess we finally reached the Wild Flower Season, which Petra wanted to experience on the west coast.

We stop when the kids awake. An hour later we reach the road house of Sandfire. We are nearly driving along the sea, but we never see it. Close to us is the Eighty Mile Beach. So I ask in the road house if there is a public access to it. Yes, 45 km down the road is the turnoff then another 10 km until the camping site. But it is possible to access the beach without camping there. I think we might even stay there, so close to the end of the world. Petra is not convinced yet, but for the lunch (at least for those who eat something) we go to the beach.

When the kitschy turquoise infinity appears Petra immediately wants to stay here. We prepare our rooftop tent in this quite big and well filled campsite. We try to have a nap as the sun is burning very strong. But our dear kids did sleep already... Around 3 o'clock we go down to the beach. It is a highway. Nothing like the end of the world. The Australian hobbyist fisher use their off-roaders, best with four fishing rods mounted on their bullbar, to get to their fishing sites. This is of no importance to the kids who are busy with the sand. We again want to go a bit to the edge of the water, but a lady stops us and says that she has seen a shark in knee-deep water. So we retreat.

Back at our vehicle we got post. Today is Census Day and on our ladder is the census form. I first want to ignore it, but the neighbours say that everybody has to fill it, wherever he is at the moment. I look a bit closer and indeed, they are also interested in tourists. Beside all the other campers they are now filling the form. After dinner I fill it to: Address: entity number 150, WA (Western Australia), building/site Eighty Mile Beach Caravan (there was no space for Park anymore). I do not know about details like road, town or postcode. We have two bedrooms (even if we just use one) and one vehicle. And else it is always "other country" or Switzerland. I am not sure if they have an idea about Petras' education level "Höhere Fachschule". 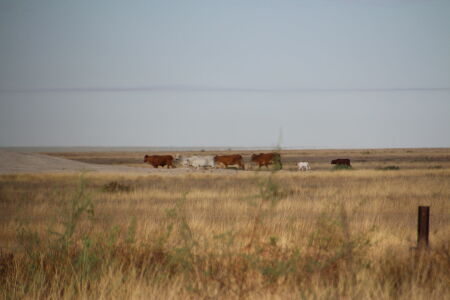 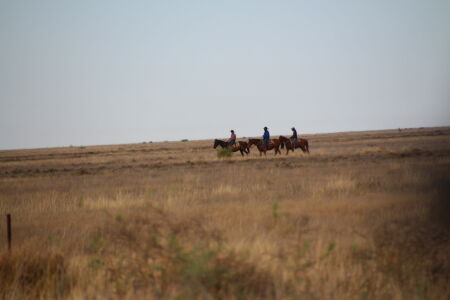 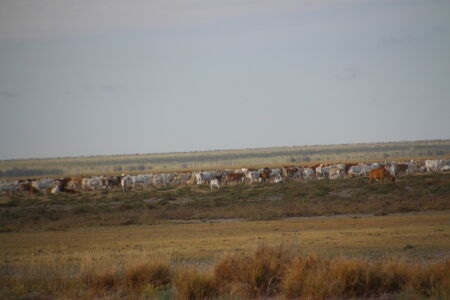 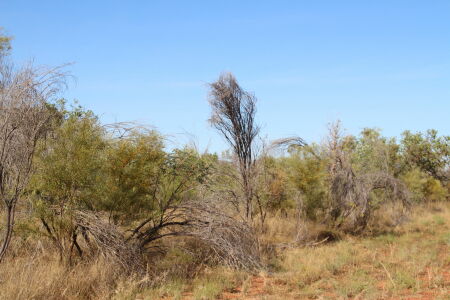 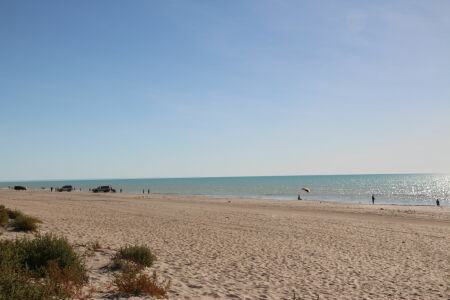 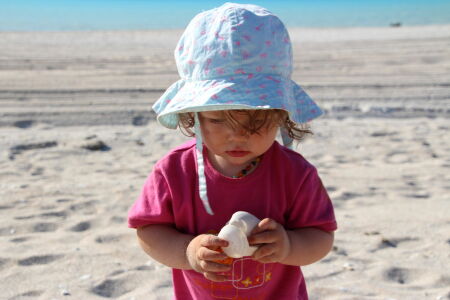 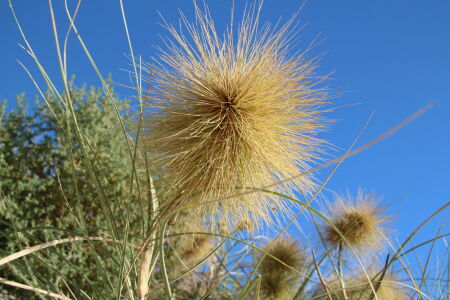 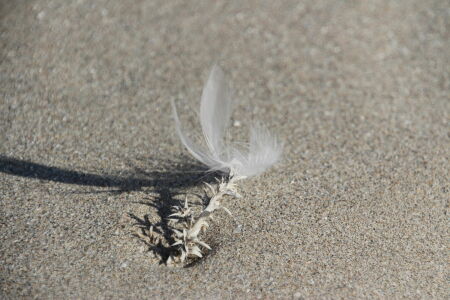 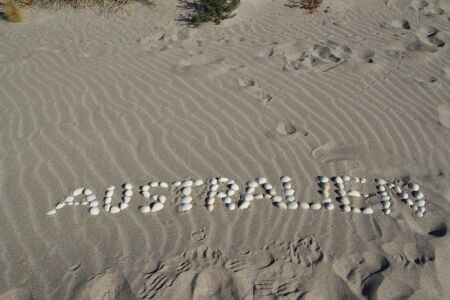 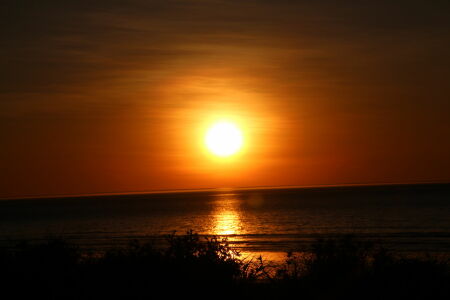 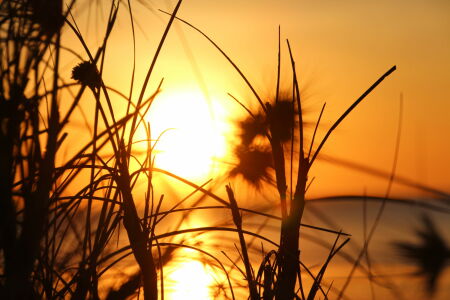 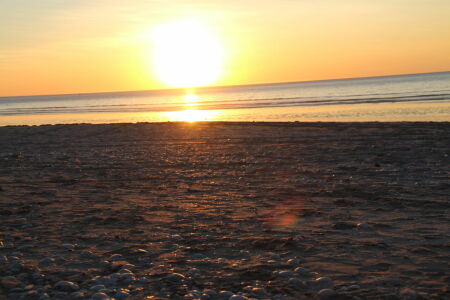 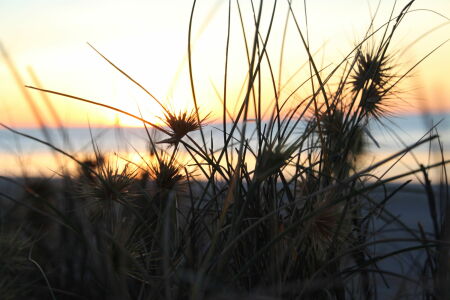 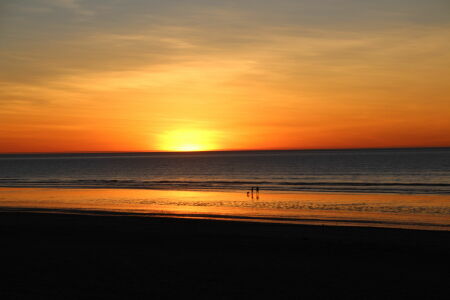