We wandered around Darwin on Thursday morning. It was high tide and we could feed wild fishes on the shores of the sea down at "Doctors Gully". A bit questionable from the environmental point of view, but very fascinating for the children. There came many fishes, mainly of two kinds.

Wandering on the promenade along the sea, including stops for sliding and pick-nick, we got to a reptile house. Of course the highlights here are the crocodiles. There is Burt, the movie star out of "Crocodile Dundee" with the special preciousness to kill and eat the females instead of doing with females what one is supposed to do with females. Then there is the couple Kate and William. Indeed, we are in Australia. Further there is also a livestock thief who landed here after a cow too much. He should still be difficult to handle even for experienced crocodile handlers. All of them (except the female) are proud five meters plus. There were also some young crocodiles. Jann did not like to be face to face to a couple of one to two year old ones, only separated by glass. Then they have a nice collection of many saurians and snakes (of course with the world's most poisonous), complemented with a few turtles, frogs and fishes.

Then we moved to the originally booked room in the southern suburb Parap. A hike of about two kilometres, partially along the sea, lead us to Mindil Beach. During the high season there is on Sunday and Thursday evening a big market where you get beside lovely hotchpotch many different things to eat. We did eat in the sand. Jann and Kiara did not eat much, they more enjoyed the sand. We had to place Jann in strategic distance away from the wind ("Go a bit further down, more over here! No, in to the opposite direction!") because he liked a lot to through around the sand. And we did not like to eat it for dinner. At the end Kiara had a "sand face" as it stuck on the sun creme. At sunset the beach was filled with an unbelievable amount of people. After the first part of the way home Petra needed to carry Jann home (I had already Kiara on the back). Unfortunately our hopes for a calm evening did not fulfil as Jann got quite loud when it was time to go to bed. At least until he found the sleep. With Kiara it is easier. She sleeps during the day when necessary and with sufficient supply of water, milk and comforter she passes also a longer phase of being awake.

On Friday after 10am we got to the front of the queue in the camper van hire office. Oh, no! They really want to see an International drivers licence or a certified English translation of the national drivers licence. Last time nobody cared about that. And nowadays also nobody else in Australia. A Dutch, who now travelled Australia for three weeks and hired a few cars, shared the taxi with us back to Darwin. After two more hours of Darwin downtown with mandatory sliding and lunch break we got the wisp. OK, this paper has one advantage over an International divers licence: it has no expiration date. At least as long as we do not expand our driving repertoire and would need a new licence. At 3pm we could finally take over our vehicle, a Toyota Landcruiser. It is a off-road vehicle with a tent on the roof and one at the side. We wanted a off-roader because we else would not be allowed to drive dirt roads. Along the west coast there are many of those, especially if you want to go to the beautiful places. It is set up for 5, but we cannot imagine how that would work as there is only little space for luggage. Even with only two small children it was difficult to stuff everything.

So at the end we could not drive one or two hours to the south as planned. After going to the supermarket in Palmerston we went to the first camping site marked on the way down south. We managed to setup the roof tent in reasonable time. It is only for two, but as the kids currently need more cuddling units we try with only the roof tent. When we were having dinner and now while writing we got visited by a possum. The skilled climbers can wander along the top of a meshed fence. 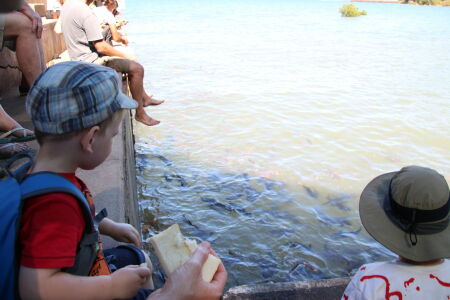 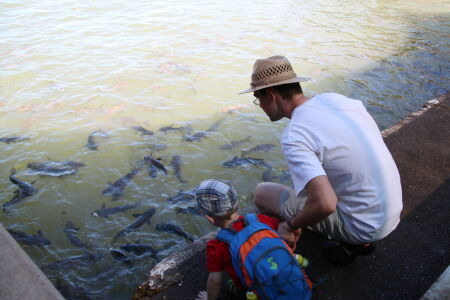 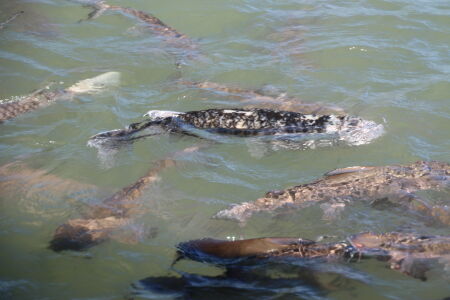 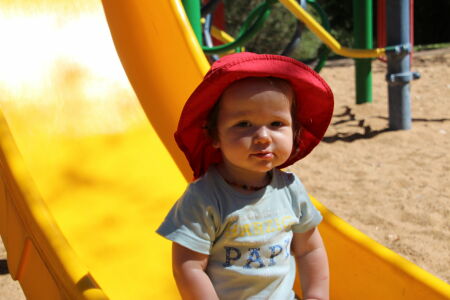 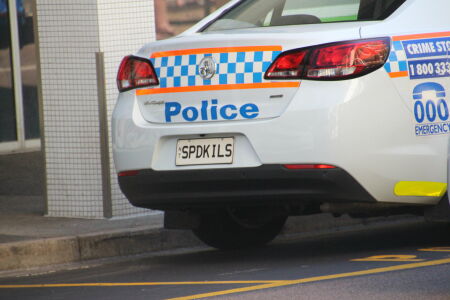 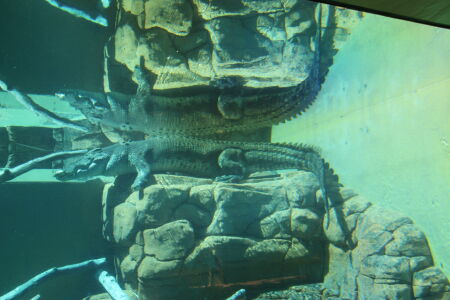 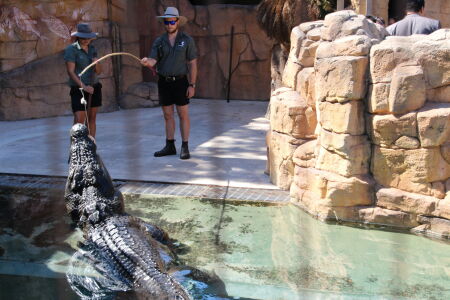 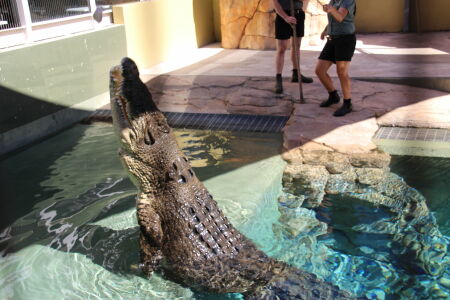 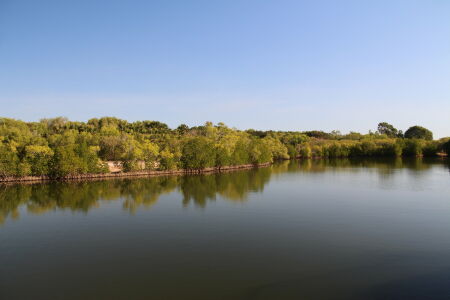 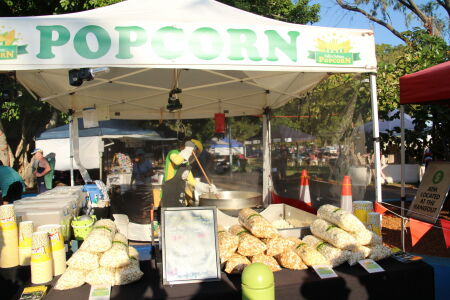 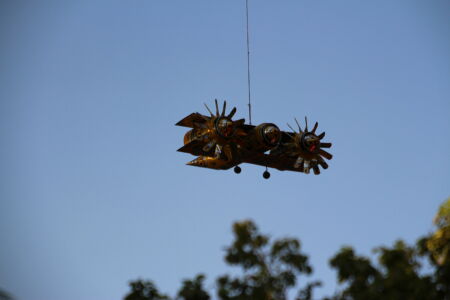 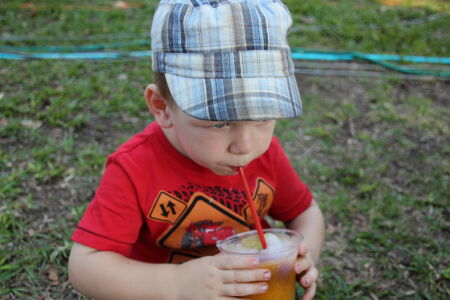 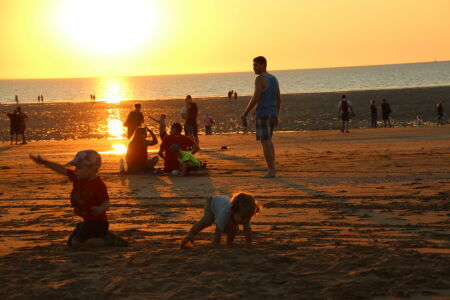 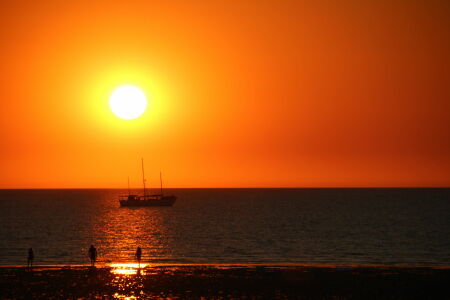 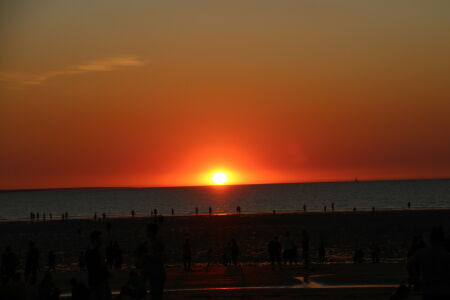 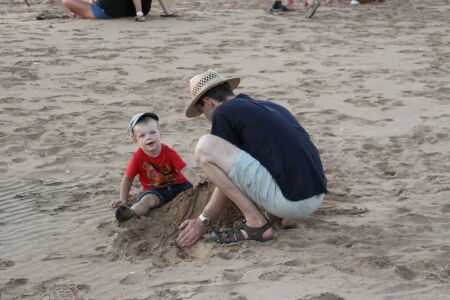 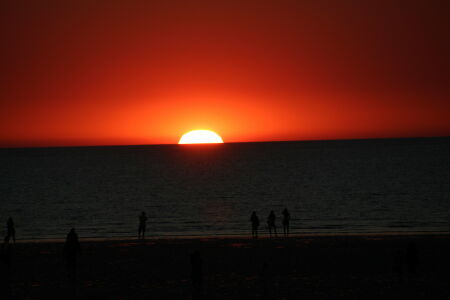 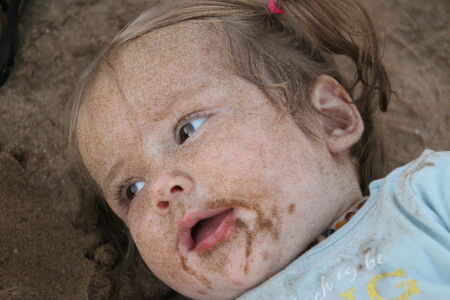