After a very lazy morning we drove in the afternoon to a crocodile park. They breed crocodiles to get meat and leather. Beside they have some other animals in the park. They are mainly local animals, but also a lion, a tiger and monkeys. We joined a feeding tour and could hold the meat in front of the crocodile's nose similar to a fishing rod. At the end the keeper showed us a 1.5 year old crocodile which we even could hold by ourselves. It is a special feeling to hold a crocodile.

After we drove to the beach and watched the sunset. 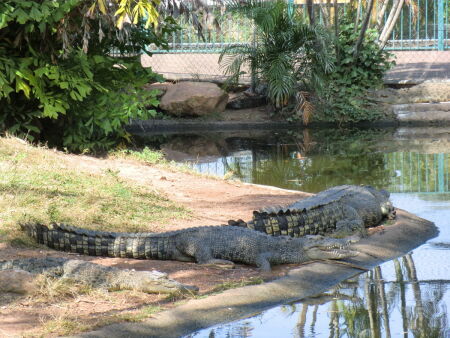 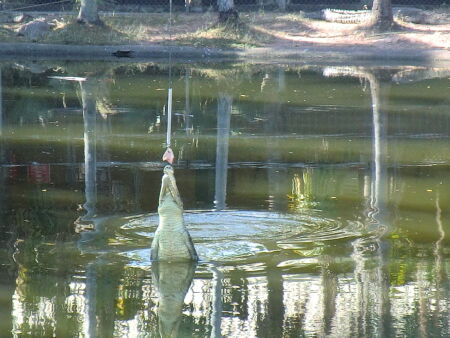 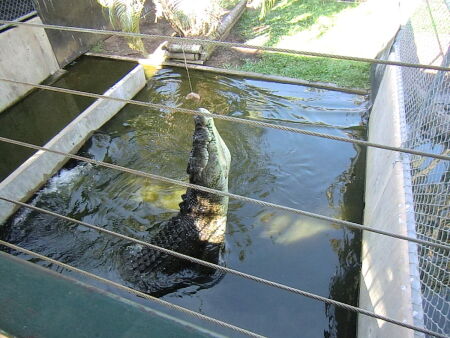 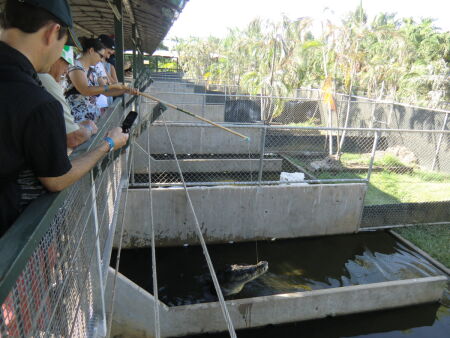 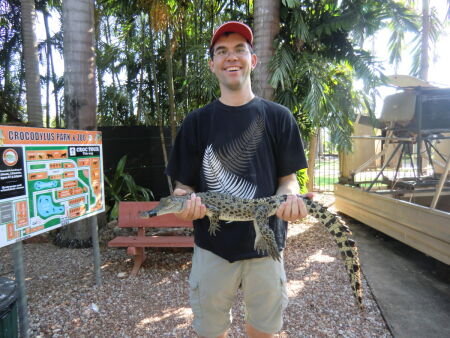 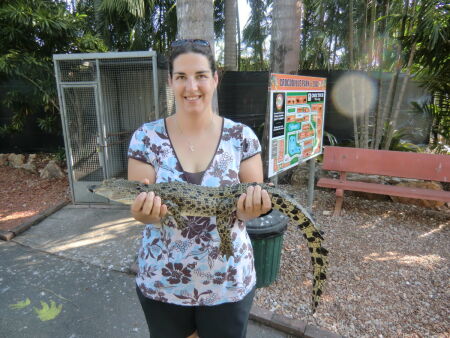 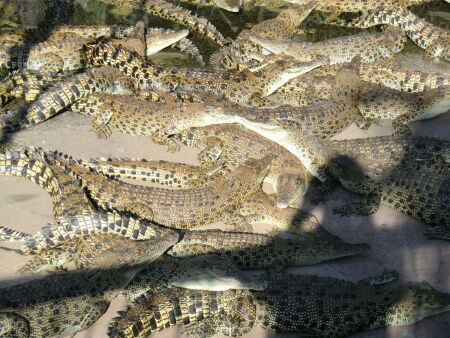 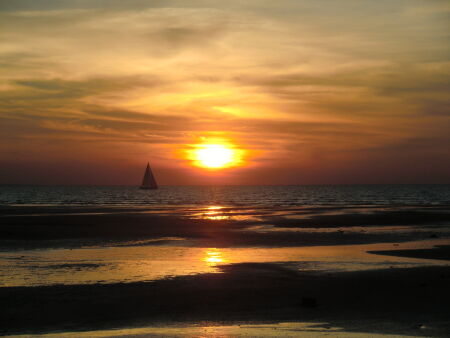 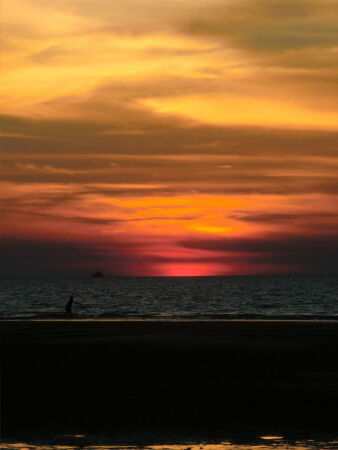