First we went to shop food, then we drove along the sea. The road had several lookouts. At some place we could go down to the beach. As the sun was shining, the sea shimmered turquoise. We stopped at following places: Blue Haven, Salmon Beach, Twilight Beach (was elected in 2006 to the most beautiful beach of Australia) and Picnic Beach. Everywhere we observed beautiful rocks and beaches. Then we left the sea and went to Pink Lake. The lake was not as pink as I had imagined, but the opposite shore got nicely mirrored. On the shore a sign explained that the lake may get pink due to algaes. A bit outside of Esperance we stopped to see some tractors and other farming machinery. Then our drive northwards lead along the railway tracks. On the way we saw a grain filling station. We drove along grainfields where seeders were operating. There were also a few Billabongs (water holes) and salt lakes at the side of the road. Kalgoorlie was our destination and we reached it a bit after 4:30pm. The first camping was already booked out. The kind lady explained that all the other camping sites are also booked out. We tried nonetheless and were lucky: the next had a free place. We were glad that we did not have to drive 50 km back to try there. As we had some remaining time we drove to a lookout where you could look down to the biggest gold mine of the region. The opencast mine is huge and the machines used cost a few millions. No wonder gold is so expensive. Then we went to the Mount Charlotte lookout to look from above over the region. You can see a few mines and the town. 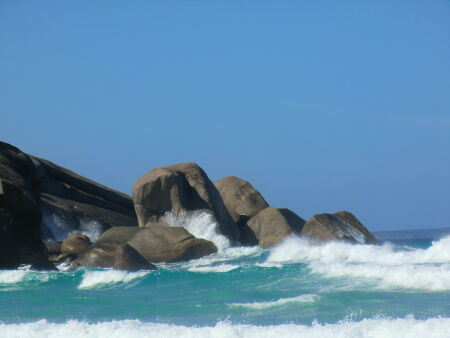 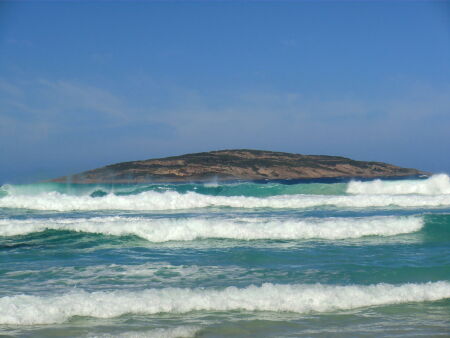 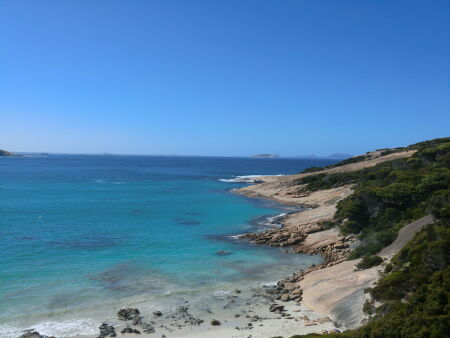 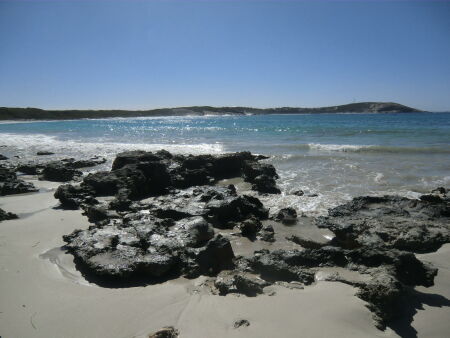 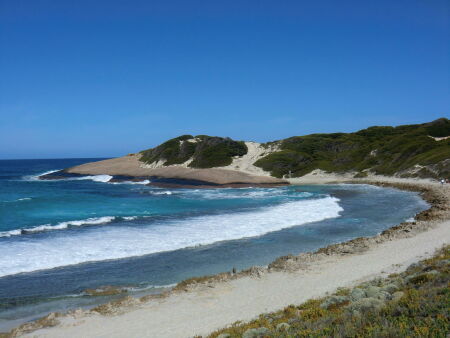 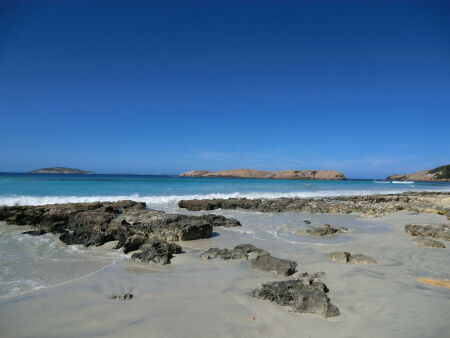 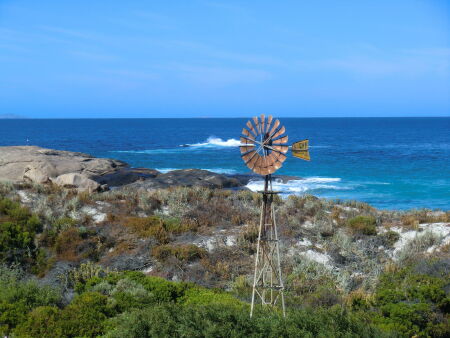 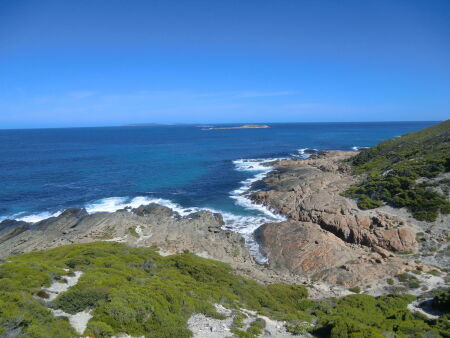 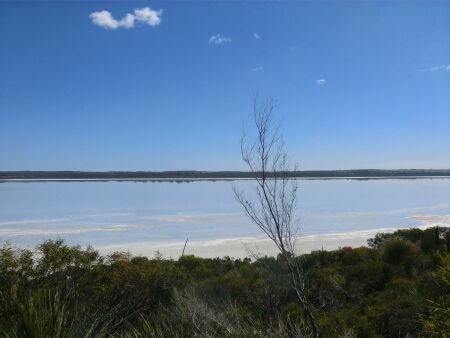 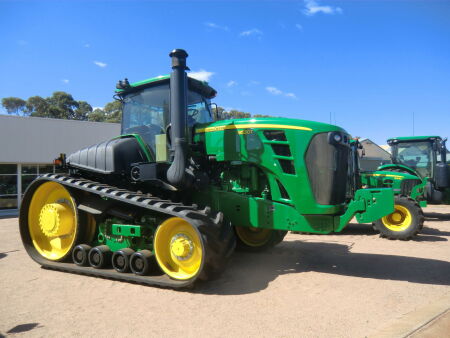 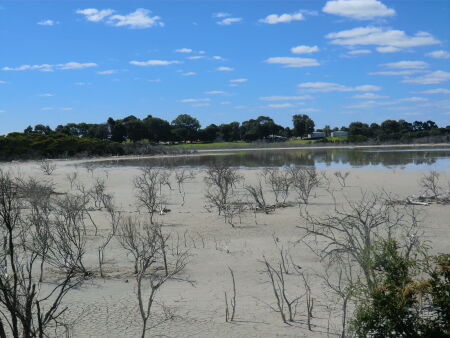 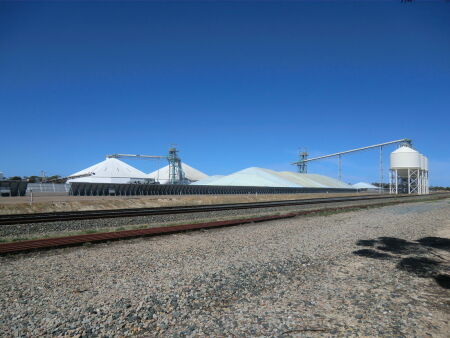 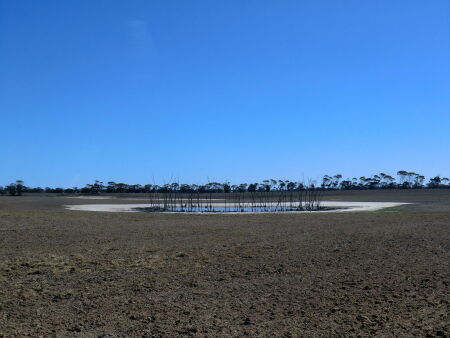 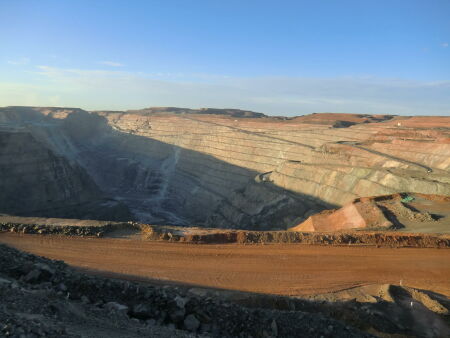 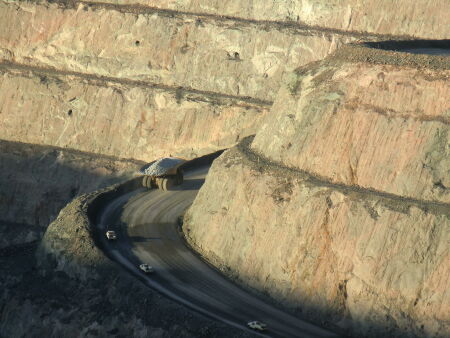 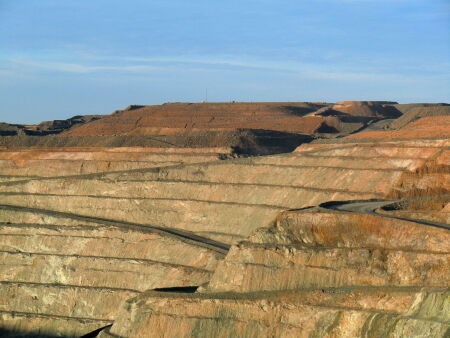 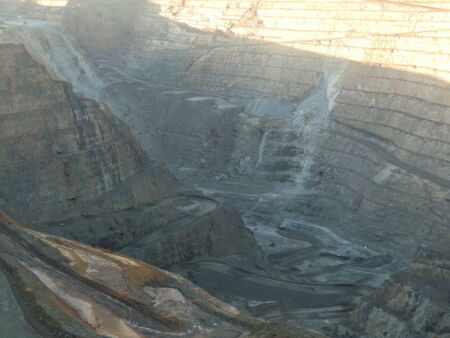 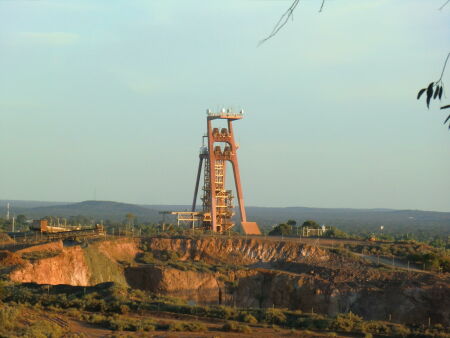 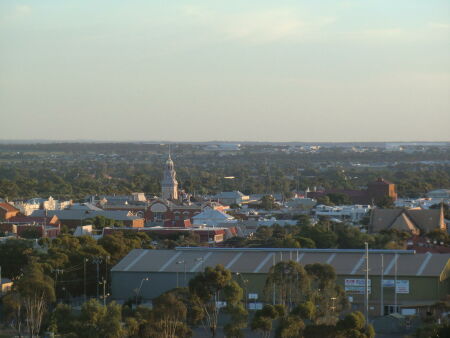 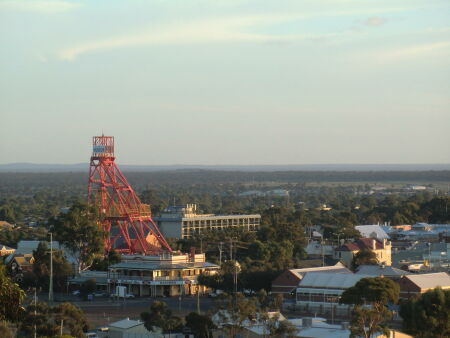 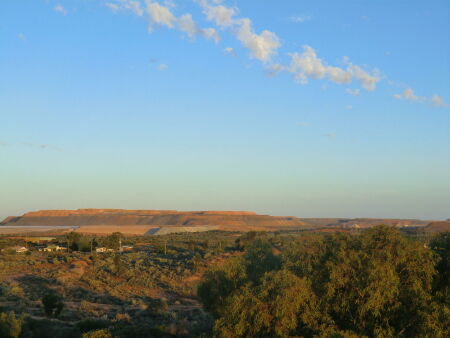