I have a visitor: my brother-in-law Dominik is in Sydney. Before he had been working on a farm in New Zealand for two weeks and wants now to see a bit of Australia. He made a stop here in Sydney before going to the west coast to Petra. Today I took a day off and we went by car to the Blue Mountains. Our destination was Wentworth Falls. There you can see, well, the waterfall which named that village. It is above on a flat at 871 m, then there are cliffs dropping down and at the bottom is a wild and deserted valley. Along the cliffs there are three paths, one at the top, one in the middle and one at the bottom. We took the middle one and hiked from a small waterfall (Empress Falls) to the big one (Wentworth Falls). It is quite a dump story as water dripped sometimes down and we to pass behind or through small waterfalls. But when the drops fall like ten or twelve meters out then you suddenly realize how big the overhang is here. After we watched Wentworth Falls from different perspectives we hiked a bit more on the flat top. We were looking for a nice view for our pick-nick, but the bush was always in the way. We have nearly given up as we found a rock named Flat Rock which goes until the edge. There we enjoyed our lunch with a beautiful view over the Jamison Valley which is Eucalyptus covered and framed by red cliffs. On the way back we again passed the waterfall, then we took the path at the top of the cliffs which leads back to the starting point. As we did not want to return to Sydney on the same way we took the road with the strange name "Bells Line of Road". This road leads further through the mountains. Sometimes it goes up to 1100 m, but here the streets and villages are on the top and not in the valley. We stopped at the nice Blue Mountains Botanic Garden in Mount Tomah. But as it was already half past four we could not buy anything to drink anymore. The restaurant and the kiosk were already closed. 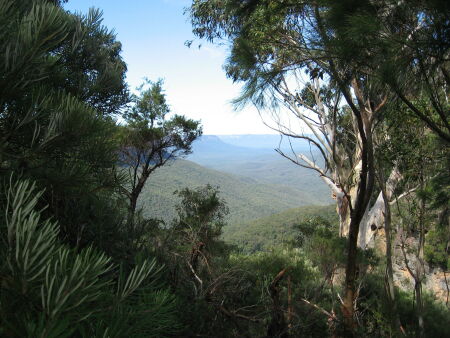 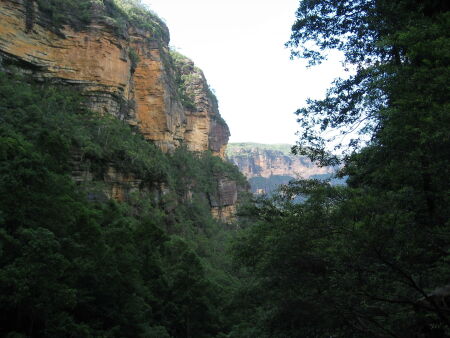 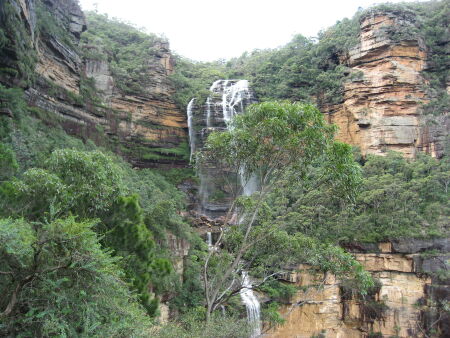 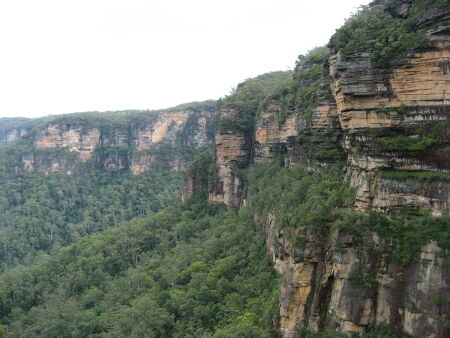 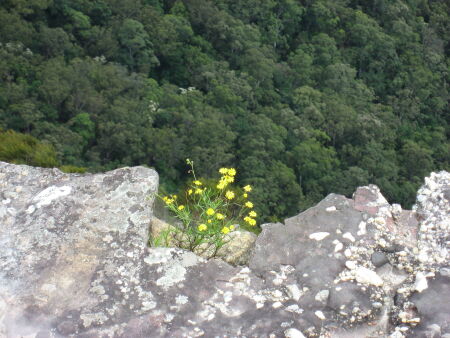 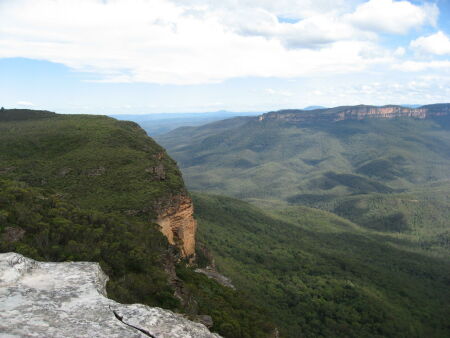 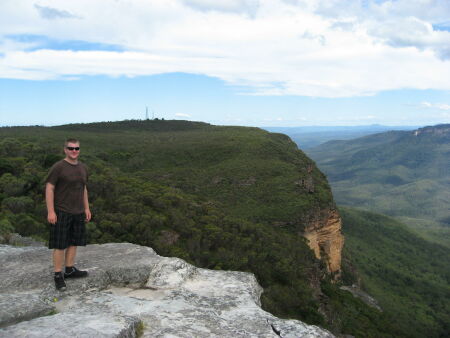 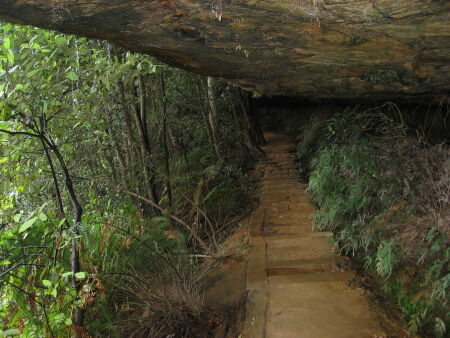 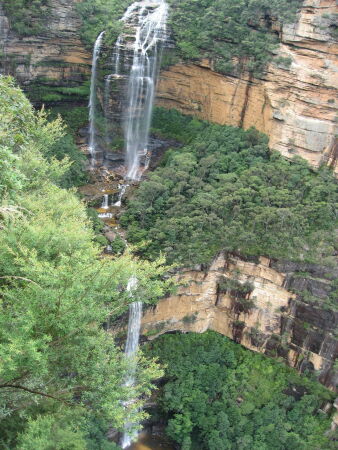 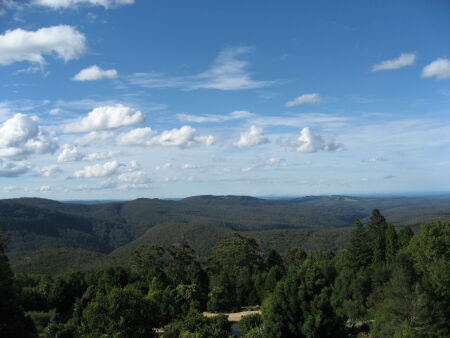