Recovered from the scare of yesterday we had also today to get up early as at 7:30am there is already the first feeding of the dolphins. At the beach we got told that it will not be before 8pm. First everyone went into the water and we waited for the dolphins. During this time the ranger told us about these animals. They only feed 5 dolphins. At the first round only one came. To start the feeding, we had to leave the water and 5 volunteers were chosen. Those could then give the fish to the dolphin. Unfortunately we were not chosen. After we booked a sailing tour and went back to the beach for the second feeding. Now there were less people and it proceeded in the same pattern. It was very interesting to see dolphins as close as one meter. This time about ten animals came to the beach, there was even a mother giving milk to her calf. Then we the sailing tour started. In the three hours we saw turtles, a tiger shark (they are quite big), a dugong and a few dolphins. The afternoon was again very warm and we spent it in the shadow. I used the time to write for my blog. In the moment I sometimes do not find the time for it. In the evening at the pier we saw two turtles swimming. With relaxing music and a fresh breeze in the face we sailed towards the sunset. 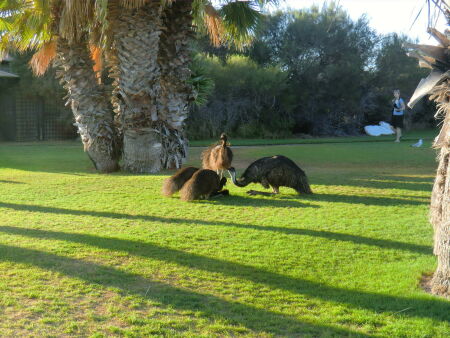 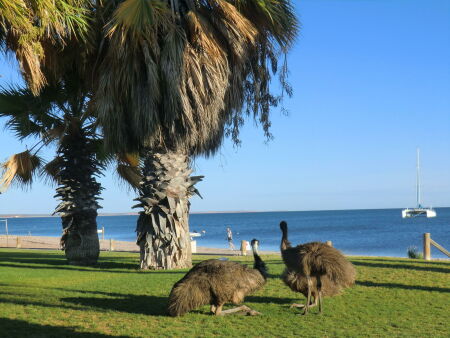 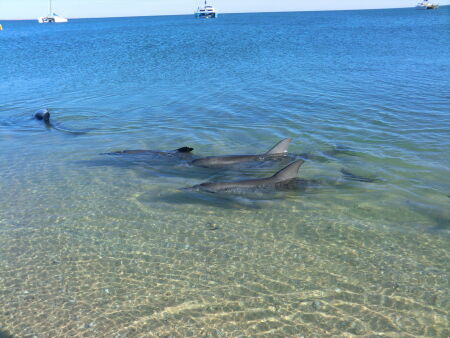 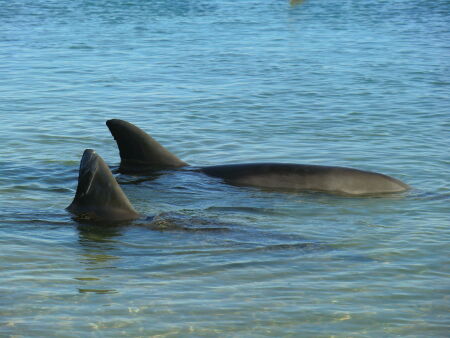 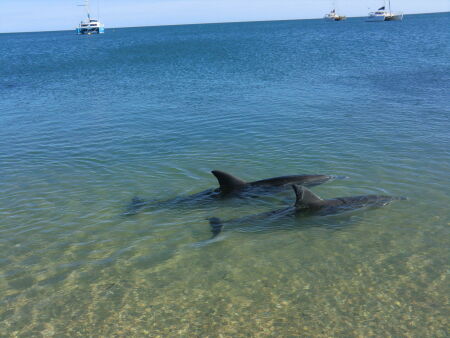 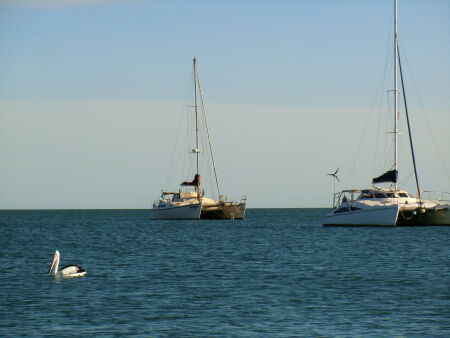 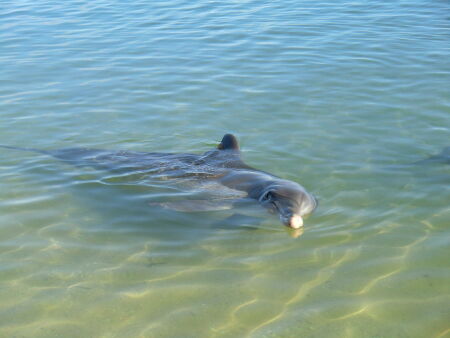 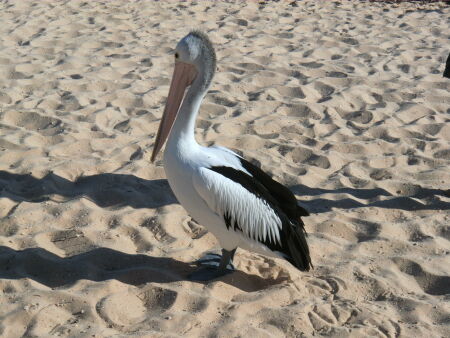 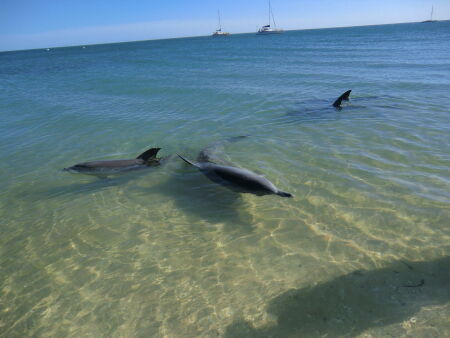 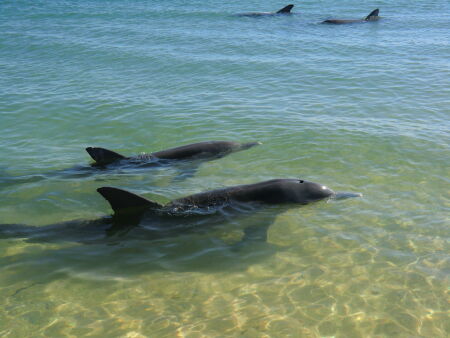 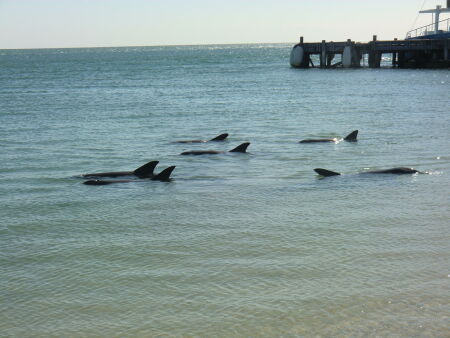 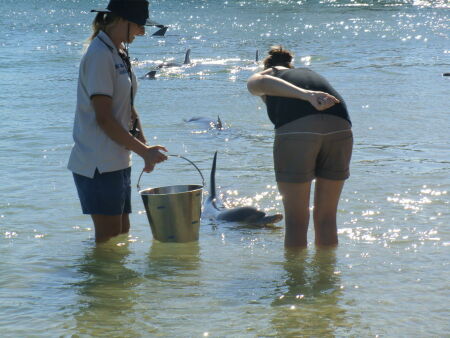 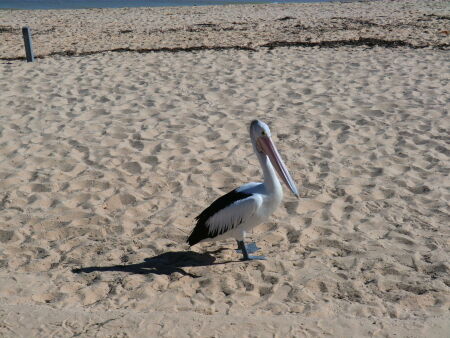 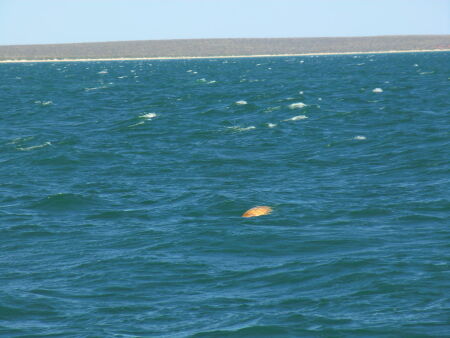 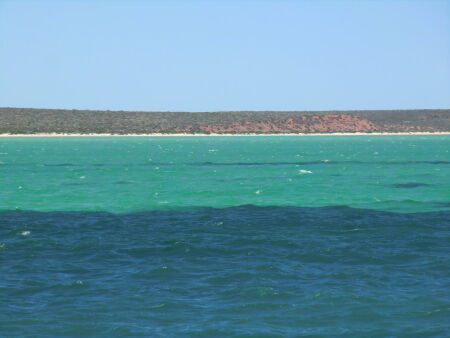 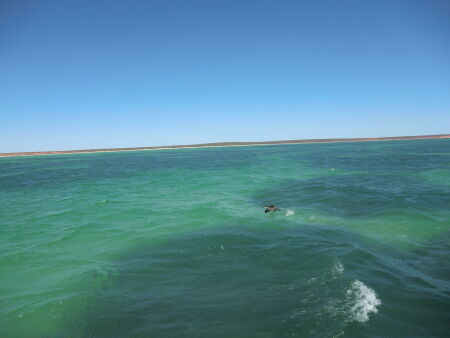 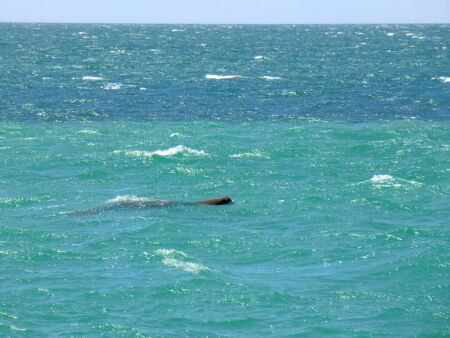 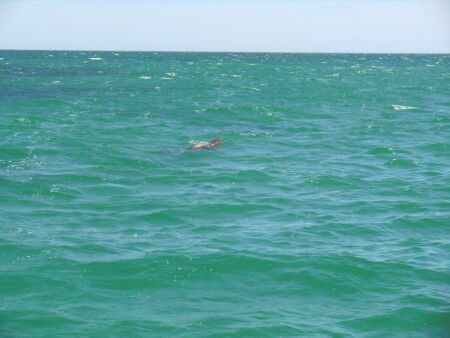 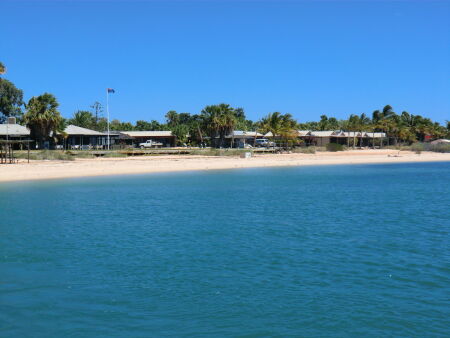 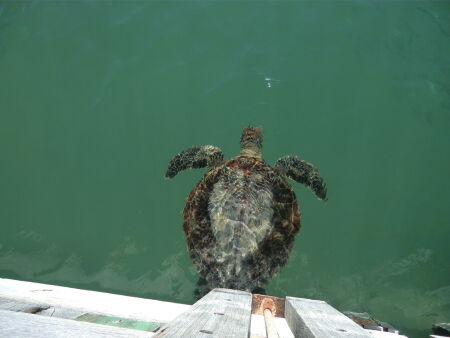 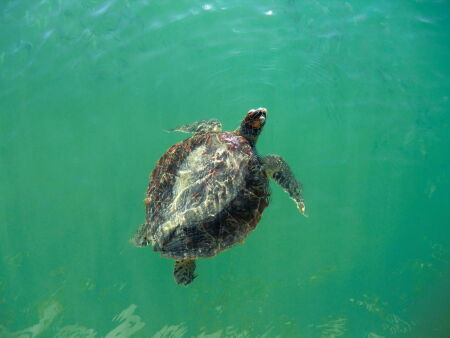 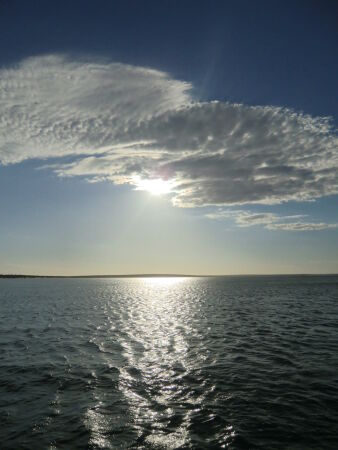 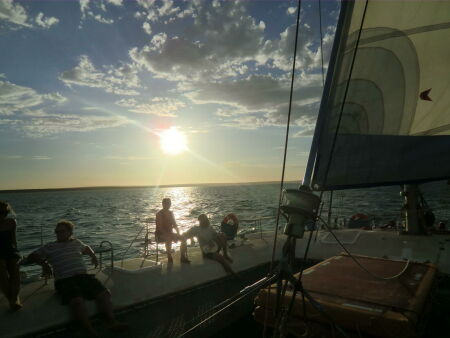 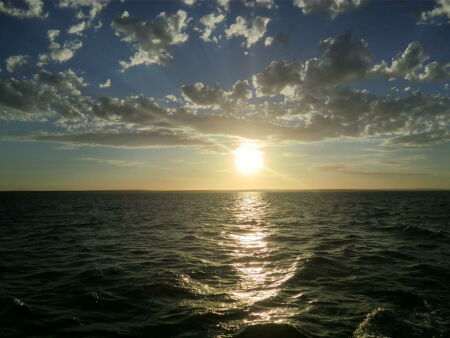 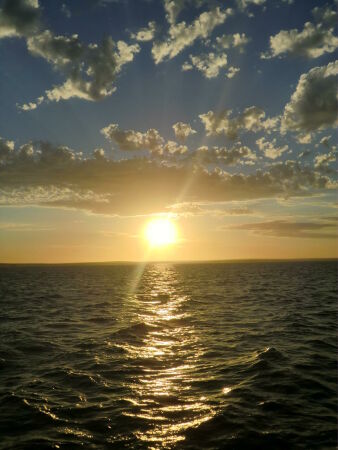 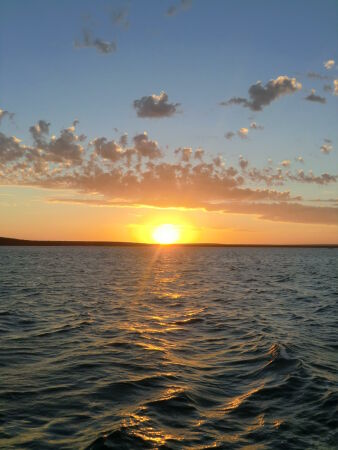 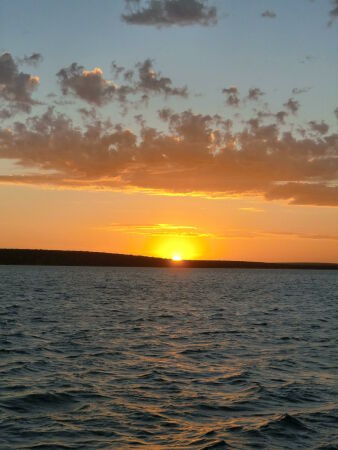