I wanted to do some bicycling, maybe to discover the city a bit. Thomas supported this idea and had already a plan for a tour. We have here two bicycles to our disposition, but we had first to pump up the tires. We started at about 11 o'clock. First we went to downtown and there onto the ferry to Manly. Manly is at the entrance to Port Jackson, how the fjord of Sydney is called. There is a nice beach and and a pedestrian passage with about one police patrol per hundred meters. We cycled up the hill to the North Head. On the way up we learned where the many police officers come from: there is a police academy. North Head are the cliffs at north side of the entrance of Port Jackson from the Tasmanian Sea. Last Sunday I was walking on the other side, on the South Head. On the way back we got caught by the weather: it started to rain heavily. As it did not get better in the next ten minutes, we cycled on. The rain got even stronger and we waited below a tree. As it did not remain dry very long, we again continued on the bicycles. A few minutes later the hot sun had mercy and started to dry us soaking guys. Over the rather small Spit Bridge (it safes us a few dozens kilometers of detour) we cycled towards North Sydney. There were signs for cyclists and it went up and down, left and right, mainly through better-off neighbourhoods. Finally we reached North Sydney and in the amusement park beside the famous Harbour Bridge we granted us an ice cream. Then we had to climb the bridge. The bicycle path is only accessible over stairs. Above we had a nice view and I realized that the area in the east was higher and more hilly as the western part. As we wanted to continue our “harbour tour” the next day, I said to Thomas: “It will be boring. Everything is flat”. After the bridge we drove home. I did then relax, but Thomas wanted to take advantage of the nice weather and went surfing.

Somehow this all together was too much for Thomas. So we started the second part of our tour at 3pm and not at 1pm as planned. It went through downtown and over the bridge as we knew it already from yesterday. Then it went towards the west. It was not boring at all. Again it went up and down, left and right. Just not as high anymore. Also today the sky did not look very trustworthy. It got darker and lightnings started to flash. When the rain started, we went into the shop of a petrol station to buy something to dring and then just waited until the rain was over. After a while the sun came back again. On the way back home there was the big bridge parade: Over the Fig Tree Bridge it went to Hunters Hill, where we explored the peninsula and discovered a old dry dock. The map says we must then have passed the Tarban Creek Bridge, but I do not remember. But I still remember very well the following Gladesville Bridge: it took some time until we finally found the pedestrian and cyclist entry to the bridge! It is at the bottom in the middle of the base were are stairs leading to the right or to the left side. You have first to get such an idea. Then we passed the Iron Cove Bridge and the modern Anzac Bridge. Back in Sydney we crossed Darling Harbour on the pedestrian passage Pyrmont Bridge. Now crossing downtown and out to the Eastern Suburbs and we just got home as it got slowly dark. 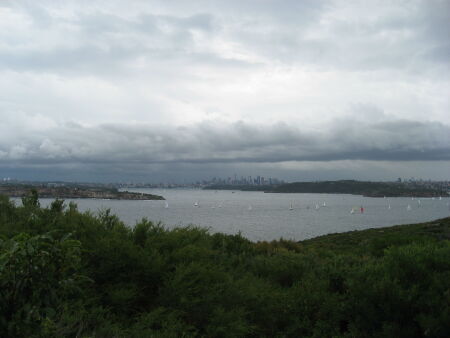 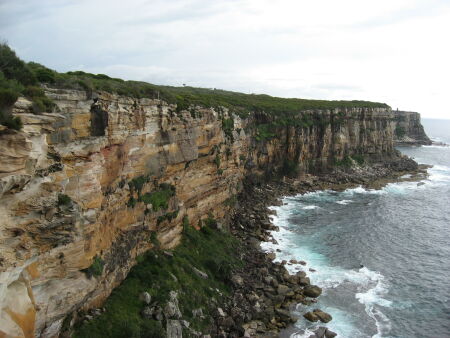 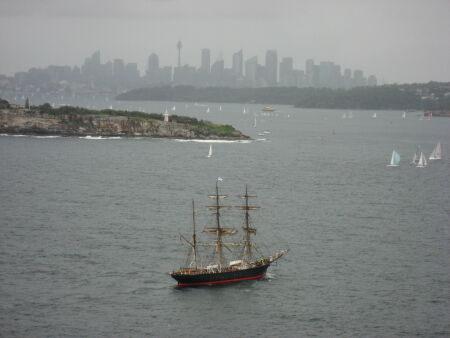 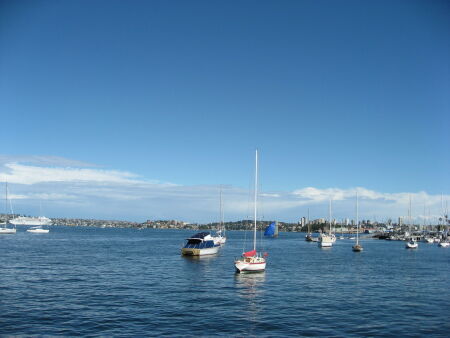 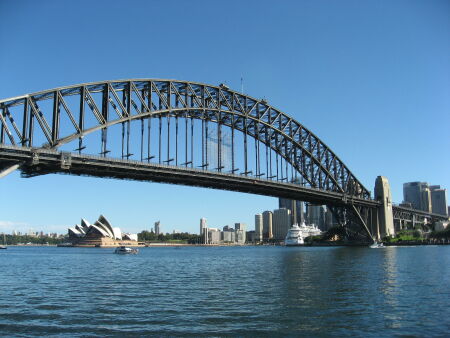 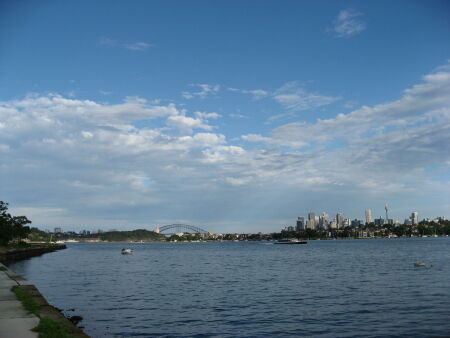 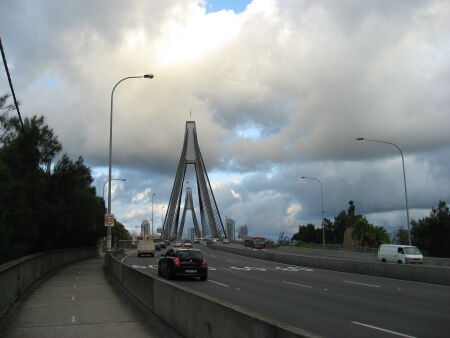