We awoke in the early morning as the main street was just below our window. Sow we packed our stuff and went to the ferry. Unfortunately we were a bit too late so we had to wait for the next one. We used that time to have breakfast. With the ferry, a katamaran, we went to Sorrento. On the Mornington Peninsula we drove along the coast. We actually wanted to go to French Island to observe Koalas. But a few drops of rain made us to think it would be better just to continue driving. We enjoyed the nice view to the coast a went a bit walking. On the way we saw also a few parrots. Until noon we had luck with the weather as it was clear in between. But the rain started again as we drove over the bridge which connects Philipp Island with the mainland. As we reached the Koala Conservation Centre it was bucketing down. We waited for 10 minutes in the car and hopped it will get better. Our prayers were answered and the rain got fewer. We used this moment to run to the café. Then the weather went better and better and we finally could go to see the koalas, kangaroos, birds and insects. After we found accommodation, we went to the Nobbies Centre, a place were you could see seals. At least if you go at the right season. There was a very strong breeze and we had to make sure that our caps did not fly away. We followed a boardwalk and at one spot there were many people with cameras. Below the walk there sat a small, 15 cm tall penguin. The penguins here, the Little Penguin, is the smallest penguin species and they come back every evening from fishing. With some skill it was possible to take a picture of it. Also here we met some wild kangaroos, somehow there are many animals on this island. As it was already late in the evening, we decided not to go back to Cowes where our motel was. Instead we made a hike to the Swan Lake. As the name tells, you can observe swans there. But not white ones, as we know them. In Australia the swans are black. We could observe them and other water birds from two observing stands. On the way to the lake ww met an echinda. Konrad explained it as a egg-laying cross-bread between a hedgehog and a anteater. Can you imagine that? In the evening we went to the Penguin Parade. First we educated ourselves at the visitor center about penguins. OK, Konrad knew already quite a lot about them. The we went over the boardwalk to the tribune. As we were there very early, a ranger gave us the hint to go to the bottom. The seagulls made the opening act and entertained the visitors with their behaviour. It got colder and colder as we wore only short trousers and a jacket. Slowly the sun set, now it could not last long until the penguins arrive. But first we saw their enemy. There was a seal swimming in the waves and was waiting for dinner. Hopefully it did not eat too much! At 21:04 it started. The first of 652 Penguins plash at the shore. It sounds like many, but in the spring here there are many more. About 120 of the little animals passed beside us. Cheerful is their behaviour. They arrive with the waves. Then they wait until their group is big enough. Finally they walk in zigzag through the gulls, so they are not seen by the enemies. After the gulls they run as fast as possible over the beach and then up the hill to their nests. Some will walk up to a kilometer. As it started to rain after a while, we went back to the visitor center over the boardwalk. Beside we there many penguins in front of their nests or we could listen them chatting to each other. After we made sure that there is no penguin hidden below our car, we went back to the motel with many impressions. 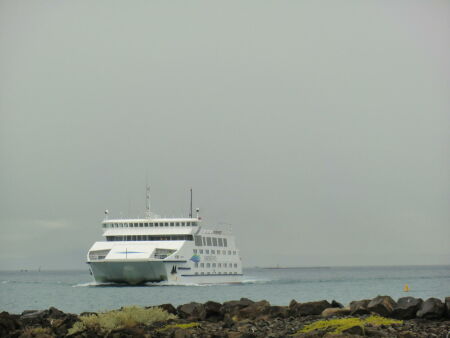 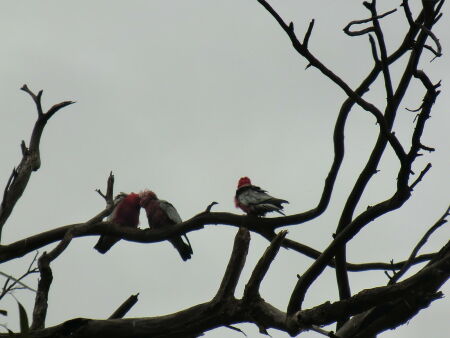 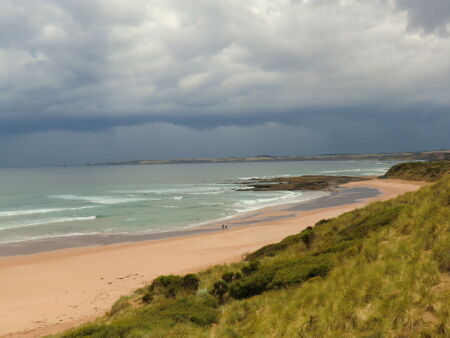 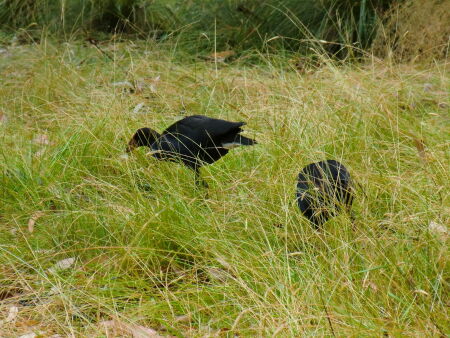 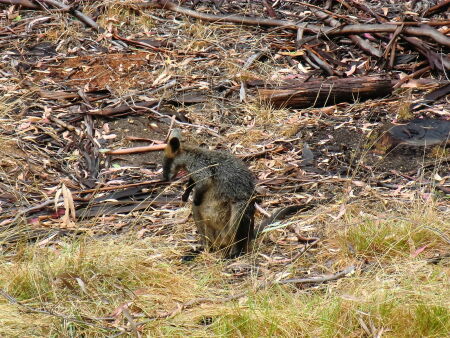 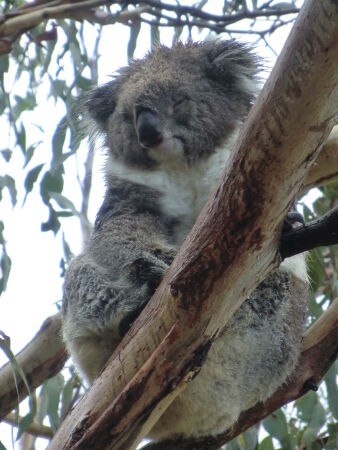 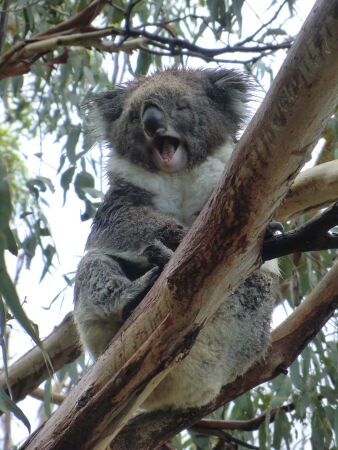 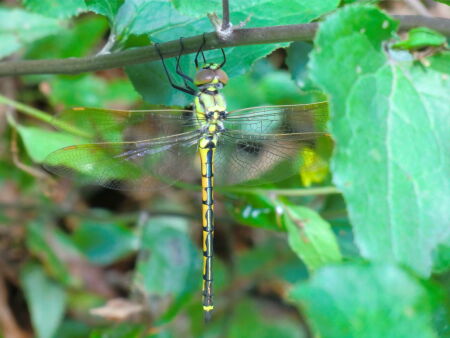 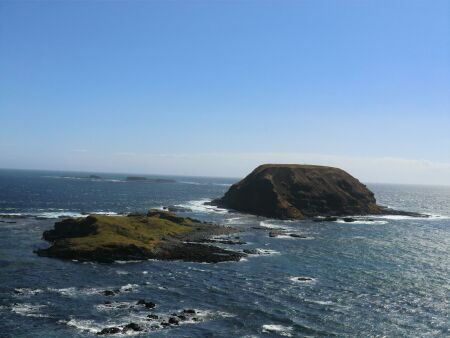 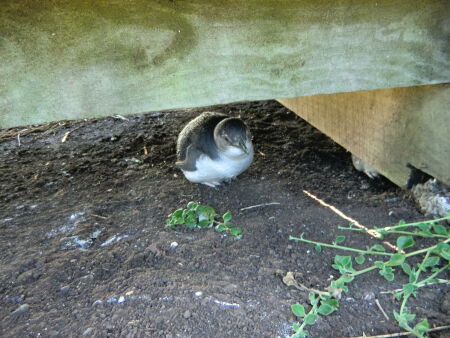 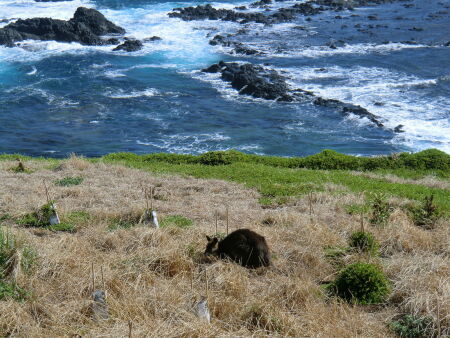 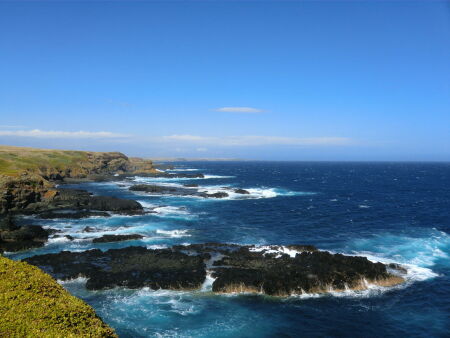 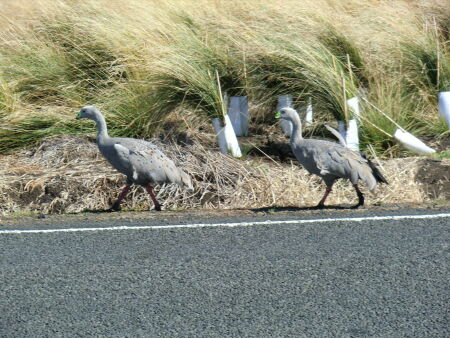 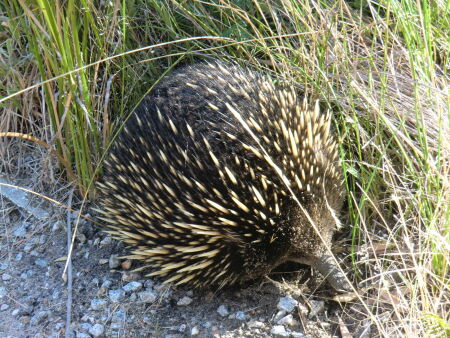 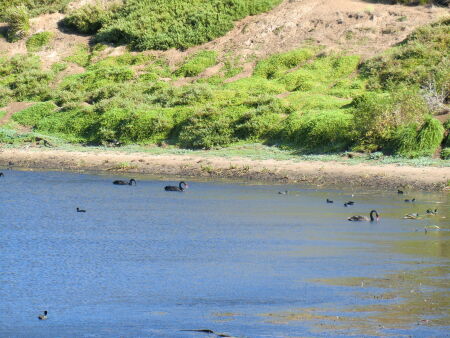 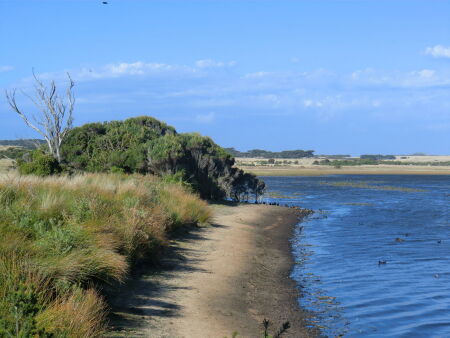 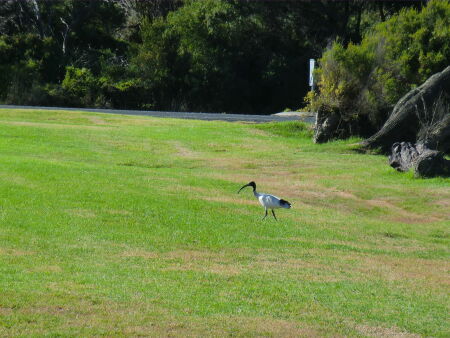